Yousef Makki’s mother, 55, dies ‘with a broken heart’ 15 months after her son, 17, was stabbed to death in fight with friend

The mother of a grammar school boy who was stabbed to death in an affluent Cheshire village has died, her family said.

Yousef Makki, 17, a scholarship boy at Manchester Grammar School, was knifed in the heart by his friend, former public schoolboy Joshua Molnar, 18, during a fight in upmarket Hale Barns on March 2 last year.

On Sunday, the family said his mother Debbie Makki had died. A post on the Facebook page Justice for Yousef Makki, written by his sister Jade Akoum, said: ’24th of May at 4am my beautiful strong mum Debbie Makki peacefully passed away. 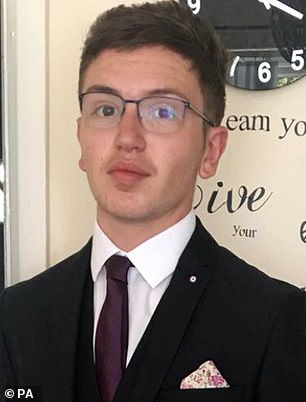 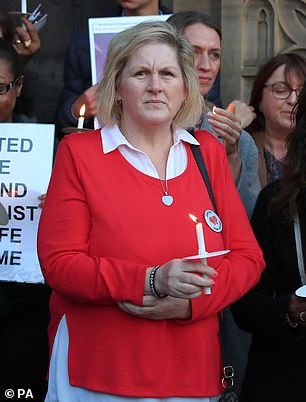 Debbie Makki (right, at a vigil against knife crime) has died 15 months after Yousef (left) was stabbed to death

‘God rest your soul, at least you are with Yousef now, we told him we needed you here a bit longer but you had to be together!

‘I seen you over the fence twice in 12 weeks because I was worried about you with corona and we said we would all have a big party once it was all over.

‘We love you so so much, I didn’t think my heart could take any more pain and loss and grief.

‘Please say a prayer for her soul today and pray for my little brother who has lost two of the closest people to him in the space of a year and all of us that have been left behind. 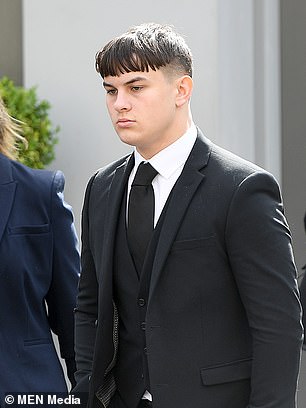 ‘Mum died with a broken heart and we knew she wanted justice for Yousef and I promise you mum we wont give up until we get it for you.’

Molnar, from a wealthy Cheshire family, was cleared of Yousef’s murder and manslaughter following a trial at Manchester Crown Court last July when he claimed he acted in self-defence.

He admitted possession of a knife and perverting the course of justice and was given 16 months in custody.

A second defendant, who can only be identified as Boy B, was convicted of possession of a knife and sentenced to a four-month detention order.

He was cleared of perverting the course of justice and along with Molnar was found not guilty of a single charge of conspiracy to robbery.

Ms Makki and the family have been calling for a full inquest into Yousef’s death, and at a pre-inquest hearing in February their legal representative Matthew Stanbury said matters surrounding the teenager’s death ‘have not been sufficiently aired’.

In October, Ms Makki gave a speech at an anti-knife crime summit in Manchester. Mayor of Greater Manchester Andy Burnham was among those to pay tribute to her.

He wrote on Twitter: ‘So so sorry to hear this news. And after everything the family has been through. Debbie was such a lovely person and deserved so much more. My love to them all.’