The accounts of brutality have emerged as UN-backed peace talks got under way in Sweden between the Houthi rebels and the Yemeni government.

As a confidence-building move, the two sides have agreed to release thousands of prisoners, although the details have still to be hammered out.

However, while captives of the government side are mostly Houthi fighters, the rebels’ prisoners are largely civilians, detained in sweeps aimed at suppressing opposition and gaining hostages who could be traded for ransom or exchange.

More than 18,000 prisoners have been jailed by the Houthis in the last four years, according to the Abductees’ Mothers Union, an association of female relatives of detainees, which has also documented a thousand cases of torture.

The group says at least 126 prisoners have died as a result of torture since the Houthis took over the Yemeni capital, Sanaa, in late 2014.

Houthi leaders have previously denied that they engage in torture. 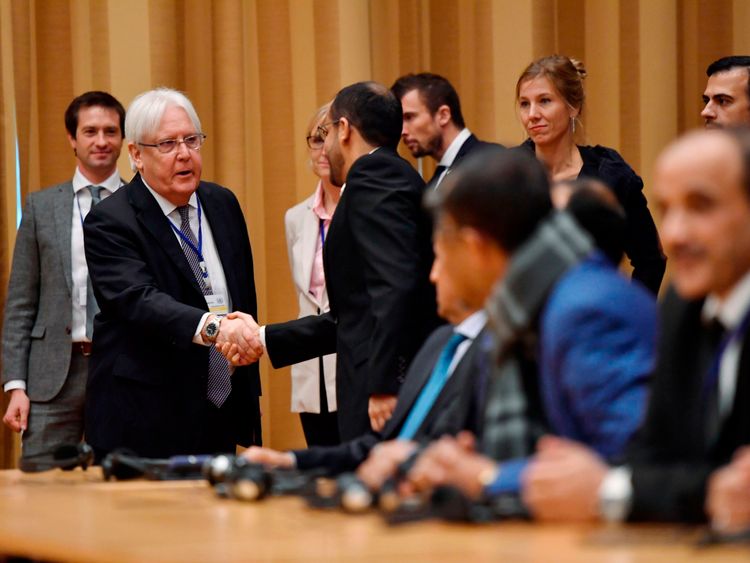 Amnesty International says that “horrific human rights abuses, as well as war crimes, are being committed throughout the country by all parties to the conflict”.

However, much of the international condemnation of Yemen’s bloody civil war has centred on abuses carried out by the US-backed and Saudi-led military coalition fighting on the side of the Yemeni government.

One of those tortured by Houthi fighters was a hospital medic, Farouk Baakar, who was detained for treating an “enemy” of the rebels, who had been left for dead.

He spent 18 months in rebel prisons, where he says he was burned, beaten an chained to the ceiling by his wrists for 50 days, according to an AP investigation that revealed the torture.

Another former prisoner, a school teacher told how he had been held for nearly five months in an underground cell, during which he was blindfolded the entire time.

He kept count of the days by following the Muslim calls to prayer.

Throughout his detention, he said, his jailers beat him with iron rods and told him he was going to die.

“Prepare your will,” he said they told him.

The conflict has claimed tens of thousands of lives and led to a humanitarian crisis that has pushed millions to the brink of starvation.

A Saudi-led Arab coalition intervened in 2015 to restore a government ousted by the Iranian-backed Houthi movement.