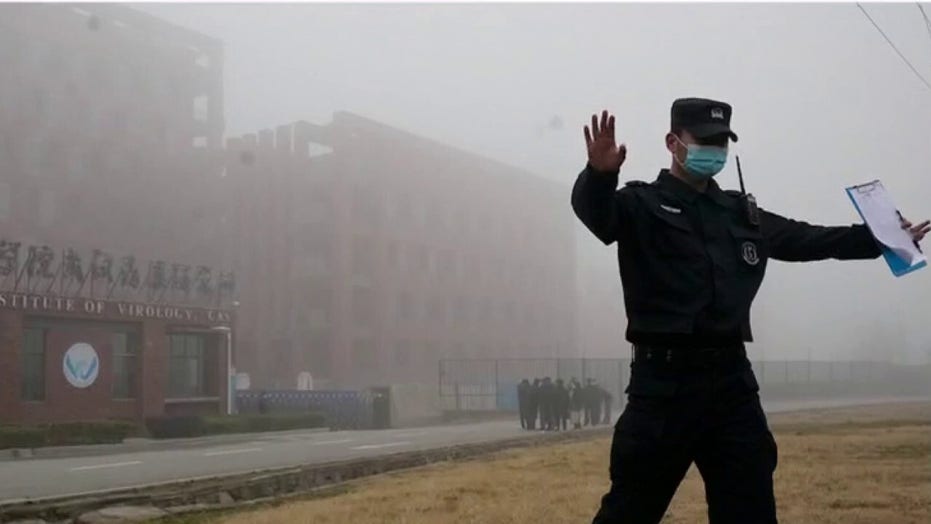 Will We Ever Know What Happened in Wuhan?

The Chinese won’t talk, so an answer is far off.

Months ahead of the COVID-19 outbreak, the Wuhan National Biosafety Lab requested bids for major renovations to air safety and waste treatment systems in research facilities that had been operational for less than 2 years, according to a new congressional report on the pandemic’s origins, obtained by Fox News.

“Such a significant renovation so soon after the facility began operation appears unusual,” said the report from the House Foreign Affairs Committee’s Republican staff.  The projects for air disinfection, hazardous waste and central air conditioning systems “all raise questions about how well these systems were functioning in the months prior to the outbreak of COVID-19.”

The true reason for the procurement posting is unclear, as is when or if the work was even initiated.  It adds another circumstantial element to the controversial argument that the pandemic began in a Wuhan lab, including suspicious behavior and obfuscation from China’s government and signs the pandemic began months before previously assumed.

Only weeks ahead of President Biden’s deadline for the intelligence community’s review into the origins of the pandemic, Republicans will release their most detailed case yet arguing that researchers in Wuhan could have genetically manipulated the virus and that “the preponderance of evidence suggests SARS-CoV-2 was accidentally released from a Wuhan Institute of Virology laboratory.”

Staff for Rep. Michael McCaul, R-Texas, the top Republican on the House Foreign Affairs Committee, will include this information as an addendum to their September report.

Over the past several months, more public health experts, scientists and government officials have called for an investigation into a possible lab leak, along with examinations into whether the virus began naturally.  They’ve called for a thorough, independent investigation, in China, into the origins of the pandemic, though the Chinese Communist Party has denied access.

Without cooperation from China’s government, there is significant skepticism any of the handful of U.S. government investigations will provide a concrete narrative into how the pandemic originated.  Beyond the Biden administration’s ongoing review, the State Department, under the previous administration, published a declassified report days before leaving office.  At the time, it offered the most detailed case yet that the coronavirus had leaked from a lab. 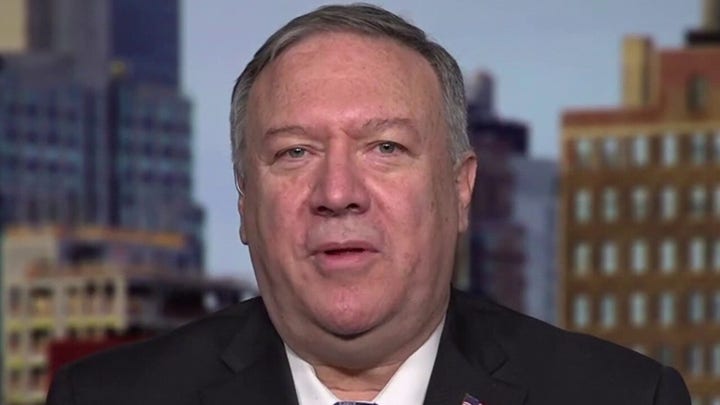 Citing the ongoing intelligence community review, Democratic leaders have shown little interest in congressional investigations, leaving Republicans on the House Foreign Affairs and Energy and Commerce Committees to conduct their own reviews.  Democrats control Congress, and its committees, and Republicans alone, therefore, have no subpoena power.

Using project announcements published on the Chinese government’s procurement website, along with other open-sourced data, interviews with former administration officials and scientists, research papers and international press reports, Republicans on the Foreign Affairs Committee have built their argument on a timeline that claims the virus escaped the Wuhan Institute of Virology “sometime prior to September 12, 2019.”

On that day, the Wuhan University, less than a mile from the WIV’s headquarters, issued a notice for laboratory inspections.  Hours later, the WIV’s viral sequence database disappeared from the internet. Later that evening, the institute published an announcement for bids for “security services” at the lab “to include gatekeepers, guards, video surveillance, security patrols, and people to handle the ‘registration and reception of foreign personnel,’” according to the report.

Citing testimony from “a former senior U.S. official,” the report claims Major General Chen Wei, an expert in biology and chemical weapon defenses, took control of the Wuhan Institute’s biosafety level-4 lab in late 2019.  That timing demonstrates the Chinese Communist Party “was concerned about the activity happening there as news of the virus was spreading,” according to the report.  “If she took control in 2019, it would mean the CCP knew about the virus earlier, and that the outbreak began earlier.” 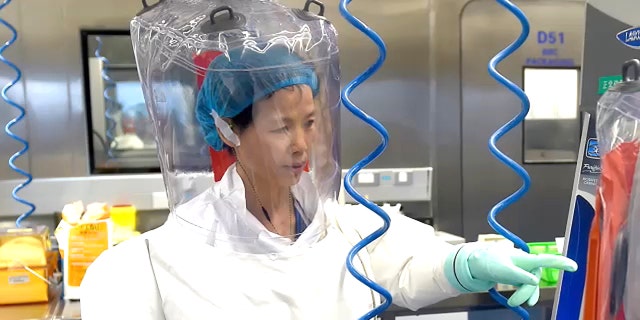 Dr. Shi Zhengli, known as the Wuhan Institute ‘Bat Lady’ reportedly worked with military officials at the lab, despite denying it.  (APTN)

Satellite imagery of Wuhan in September and October 2019 showed a significant increase in hospital visits and internet searches for COVID-19 symptoms.  The report also claims that mapping data suggesting researchers at the lab likely used the Wuhan shuttle bus and city metro for their daily work commute, spreading the virus throughout the city.

The committee also used an interview in Bloomberg with Dr. Danielle Anderson, an Australian virologist, to establish some of the lab’s commuting patterns.  Anderson is the only foreign scientist to have undertaken research at the Wuhan Institute of Virology’s BSL-4 lab, according to Bloomberg.  She also told the publication that entering and exiting the facility was carefully choreographed, and included requirements to take precisely timed chemical and personal showers.

In that June interview, Dr. Anderson maintained she knew of no one at the Wuhan institute who was ill towards the end of 2019 and said she believes the virus most likely came from a natural source.

Around that time, the Republican researchers said there’s evidence the virus was spreading throughout central Wuhan, just ahead of the World Military Games which, “became an international vector, spreading the virus to multiple continents around the world.”

In October, Wuhan hosted the 2019 Military World Games, which drew thousands of military personnel to compete in Olympic-style events.  International press reports cite athletes claiming events were conducted without fans and that Wuhan was a “ghost town.”  Athletes from several countries complained of COVID-like symptoms and four countries that sent athletes have confirmed the presence of COVID-19 in November and December of 2019, before the outbreak became public, according to the report.

The committee staff also build their argument on the possibility viruses can be genetically modified without leaving evidence of manipulation.  They cite an Italian publication’s interview with Dr. Ralph Baric, who studies coronaviruses at the University of North Carolina and collaborated with the Wuhan Institute of Virology, in which he claimed that scientists can engineer a virus “without leaving any trace. Dr. Baric told the MIT Technology Review that “We never created a supervirus.”

Republican staff also cite a 2017 dissertation from a doctoral student working at the WIV that claimed coronaviruses could be manipulated without leaving any trace sequences.  They said they also interviewed “scientists and current and former U.S. government officials” who questioned whether the virus developed naturally because of its highly infectious nature, lack of intermediate host discovered, and its highly efficient binding to human ACE2 receptor.

Some scientists have pointed out it often takes years to determine the origins of naturally occurring virus.  They cite Severe Acute Respiratory Syndrome (SARS) which was first discovered in 2003.  That same year researchers discovered the intermediate host though it took until 2017 to trace its origin to bats.

As calls to at least investigate the lab-leak theory have gained traction internationally, Chinese government propaganda has become much more aggressive to dispel it – the latest in a pattern to obscure information about the pandemic since its onset.

On February 27, 2020, Health Times, published an interview with Yu Chuanhua, the Vice President of the Hubei Health Statistics and Information Society, who has compiled a database of confirmed COVID-19 cases.  He cited a patient who became ill September 29 and that “There were two cases in November, and the onset time was November 14 and November 21, 2019.”

“Before the interview was published on February 27th, Yu called the reporter and tried to retract the information regarding the two sick patients in November. It is likely that this was done to comply with the China CDC gag order that was issued two days prior,” according to the congressional report.

In a January 2021 email, Dr. Shi Zheng-li, a senior scientist at the Wuhan Institute of Virology, was asked about the lab’s public database disappearance from the internet.  Shi, according to the report, had previously “given several conflicting answers” as to why the database was taken down, and responded:  “I’ll not answer any of your questions if your curiosity is based on the conspiracy of ‘man made or lab leak of SARS-CoV-2’ or some non-sense questions based on your suspicion.”

“No trust, no conversation,” she said.