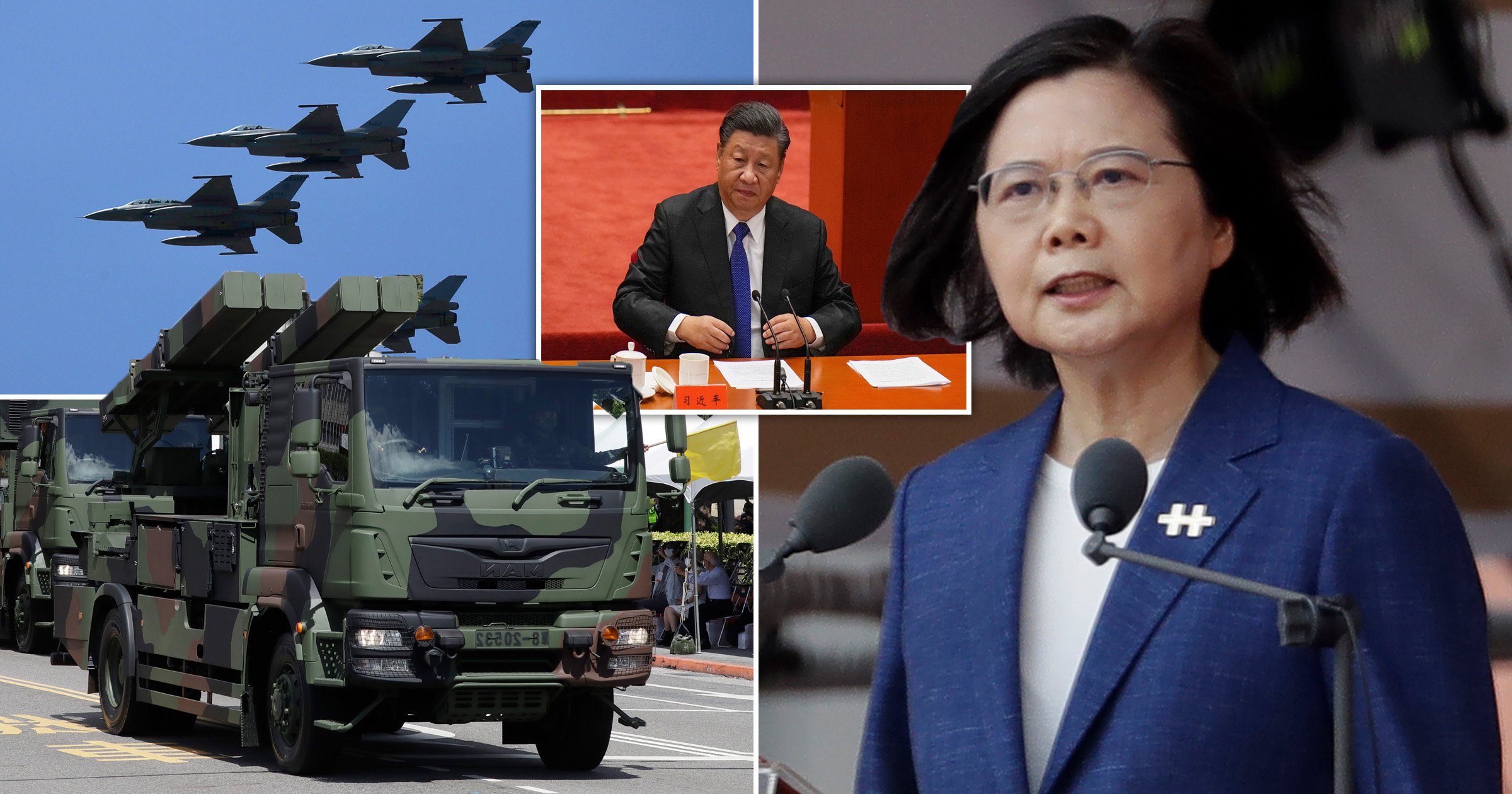 Taiwan’s president has vowed to take military action against China if it tries to force the self-ruling island to ‘reunify’ with the mainland.

Tsai Ing-wen said her government will ‘continue to bolster our national defence’ after Beijing sent a record 149 warplanes into Taiwan’s air defence zone, while threats of ‘World War Three’ appeared in a state-backed newspaper.

An op-ed in the Global Times, which is overseen by the Chinese Communist Party, said relations were ‘teetering on the edge of a face-off’ and warned Taiwan against ‘playing with fire’.

Open conflict may draw in the US, which has pledged to supply Taiwan with weapons and has been conducting naval drills in nearby waters with allies including the UK and Japan.

President Joe Biden has not said what his forces would do if fighting were to break out, and Washington does not officially recognise the Taiwanese government or have a stance on independence.

On Tuesday he said he and Chinese President Xi Jinping had agreed to ‘abide by the Taiwan agreement’, but no official treaty exists on the matter and he is thought to have been referring to a phone call over a month ago.

On Saturday, President Xi warned ‘reunification’ with China ‘must’ and ‘will’ happen.

He added: ‘No-one should under-estimate the Chinese people’s strong determination, will and capability to safeguard national sovereignty and territorial integrity.’

Observers said his speech struck a more peaceful tone than the last time spoke on the matter, when in 2019 he threatened to ‘smash’ any attempts at formal Taiwanese independence.

But the lack of any clear route to de-escalation means some took the comments as a fresh warning ahead of Taiwan’s national day on Sunday.

Ms Tsai’s comments came at a celebration rally ahead of a rare parade of Taiwanese military might, including missile launchers and armoured vehicles, while fighter jets and helicopters soared overhead.

China sees Taiwan as a breakaway province, while democratically-ruled Taiwan sees itself as a sovereign state.

While ‘reunification’ has long been China’s goal on paper, Xi has largely stayed silent on the matter.

The crackdown on Hong Kong protesters demonstrating against interference by the mainland government last year was seen as a sign that it is becoming more assertive over its claimed territories.

It is thought that the landslide re-election of Ms Tsai, whose party leans towards official independence, that same year has boosted China’s drive to demonstrate its authority.