A grieving daughter had her head split open on the day of her mother’s funeral after she was hit at random by a bottle hurled by a drunk woman who gatecrashed the wake.

Carmel McNulty, who is teetotal, suffered a three centimetre wound to her forehead after Hayley Mahon threw the missile in a fit of rage intending to hit a barmaid at the Salisbury pub in Bootle on September 3 last year.

In the run up to the attack in September last year, mother of one Mahon had turned up uninvited at the pub where the wake was being held and was asked to leave for verbally abusing staff.

The 29-year-old hurled the bottle at the barmaid saying ‘This is for you Leanne’ but instead struck Mrs McNulty who was said to have been in the ‘wrong place at the wrong time’.

In a statemen, Mrs McNulty who had just buried her elderly widowed mother Joan said the bottle would have hit her eye or temple had she not tried to duck at the last moment.

The 40-year-old, who does not know Mahon, said: ‘I have had a tough few years and suffer with PTSD having lost a brother and my mother. 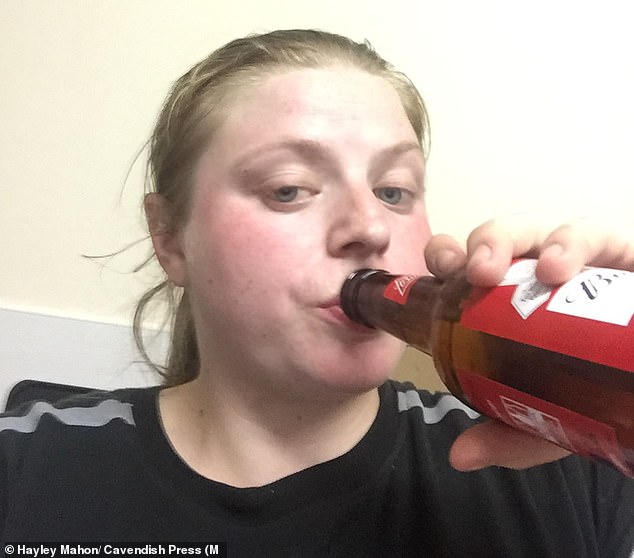 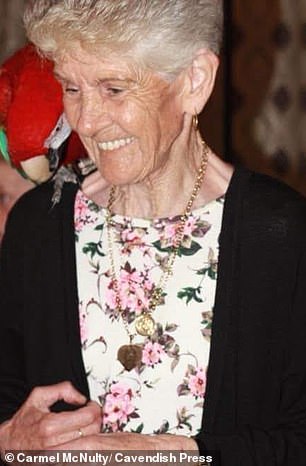 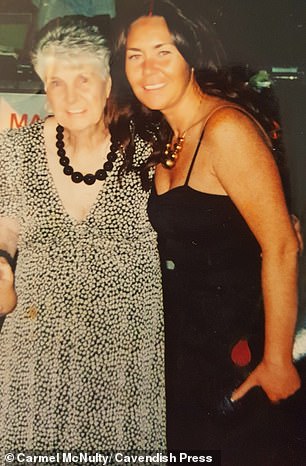 Carmel was injured at the wake for her late mother Joan (pictured, left, and, right, with Carmel)

‘I found life difficult and the assault only added pain to what I was suffering over the last few years.

‘I had bruising and a cut to my head which required treatment. What made it worse is that it took place at my mother’s funeral.

‘I found it all the more shocking that I had seen the suspect earlier in the evening and had tried to help her out with advice. I thought we got along with each other. I am now nervous about going out and thinking about negative things more.’

At Sefton magistrates court in Merseyside, Mahon, of Bootle was facing jail after she pleaded guilty to assault occasioning actual bodily harm.

Arron Smith, prosecuting, said the incident occurred at the Salisbury pub where Mrs McNulty’s mother used to drink which is why it was chosen for the wake.

He said: ‘Miss Mahon attended though she was not invited to that particular gathering. She had previously been barred from that establishment but she was allowed to remain as she was not causing any trouble. 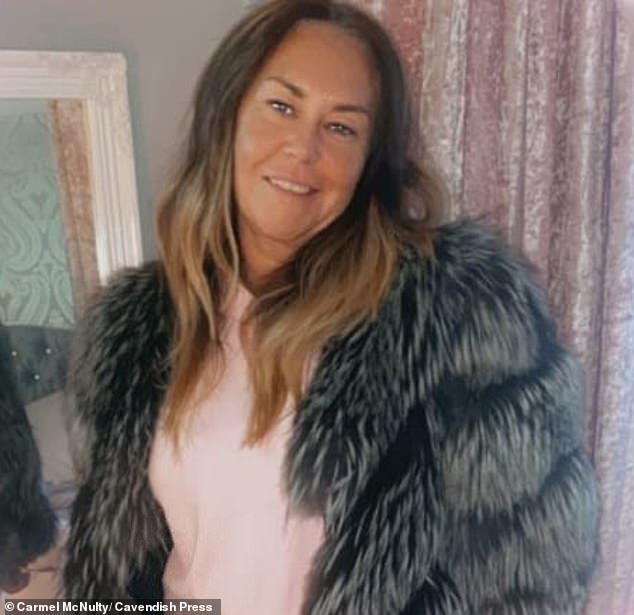 Mrs McNulty, who has not drunk alcohol for 10 years, was hit in the head by the flying bottle 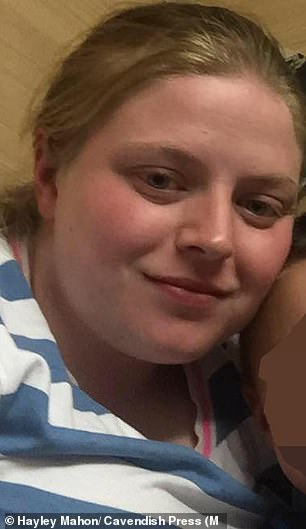 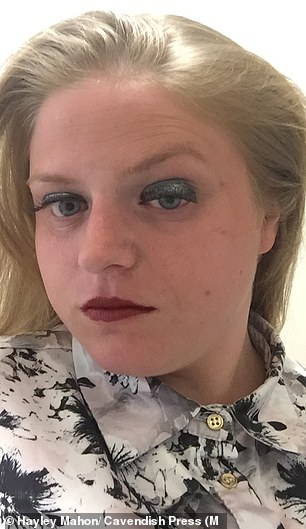 ‘But that changed and she did start to cause a disturbance. She got into an argument with the staff and the management and became abusive. She was shouting insults at the staff.

‘They asked her to leave and she did leave the establishment but the argument continued outside of the public house.

‘As the argument goes on, Miss Mahon threw a bottle and shouted, “This is for you Leanne” – however, the bottle struck the complainant’s head.

The court heard Mrs McNulty was shocked at what had happened and began bleeding heavily from her forehead.

Mr Smith added: ‘Miss Mahon told police that she threw a bottle towards someone and did not intend to hit the complainant. The malicious intent was transferred as it were to the complainant.’ 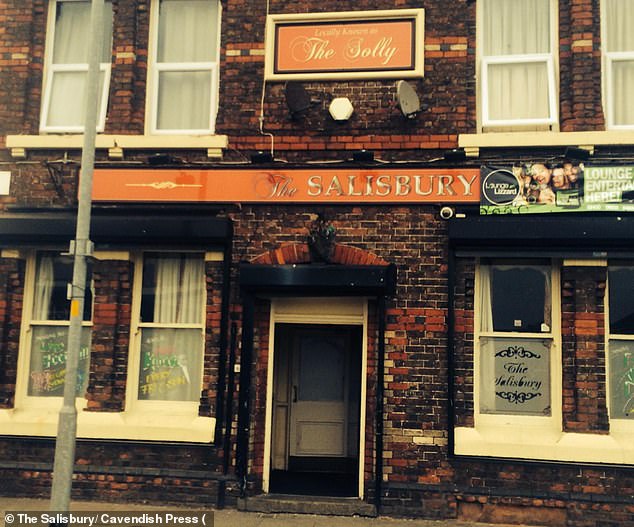 Pictured: The incident took place at the Salisbury pub in Bootle on September 3 last year

Mahon had five previous offences on her record including a public order matter for 2013.

She will be sentenced at Liverpool magistrates court later this month.

She was bailed on condition she does not contact Mrs McNulty by any means, including social media, or approach the Salisbury public house.