A WOMAN is suing her neighbour for £200,000 after claiming she has been left a "prisoner in her own home" as wasps invaded her garden to feast on apples dropping from next door.

Barbara Pilcher has picked a fight over the fruit trees – claiming she has been plagued by smelly compost bins and rotting fruit at her Dunsford, Devon home. 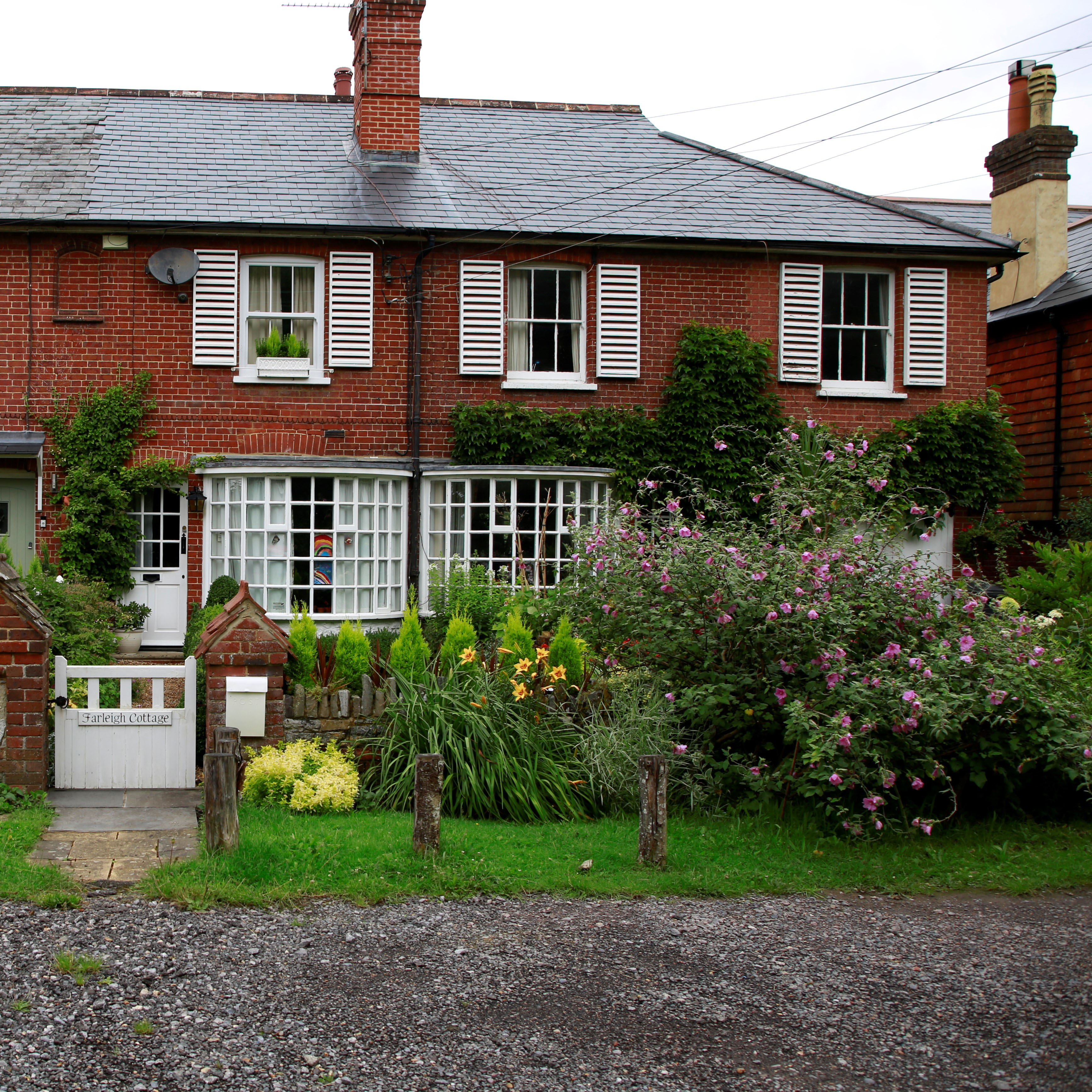 And the woman says she is now a “prisoner in her own home” and has been unable to use the bottom of her garden due to the hordes of stinging insects attracted by the rotting fruit.

The wasps flock to fallen apples that have dropped from Antoinette Williams' tree onto her grass, she claims.

Mrs Pilcher says she has suffered years of harassment, trespass and nuisance and seeks compensation – plus an injunction to prevent any future problems.

But gardener Mrs Williams is defending the claim, and says her neighbour's case is groundless and "trivial".

The court heard that Mrs Williams moved into the cottage in Dunsford nearly 40 years ago – while Mrs Pilcher bought the adjoining property in 2010.

But in 2013 tensions developed over the boundary between their two rear gardens – and then Mrs Williams allegedly jumped into her neighbour's garden to pluck out a plant.

Other flare-ups followed over the months and years – with Mrs Williams allegedly “shouting and laughing at her”, blocking her parking outside her own home, and “repeatedly and unnecessarily” churning up the grass verge in her car.

And in January 2015 Mrs Pilcher called the police on her warring neighbour for banging on her front door and shouting at her.

Central London County Court heard that Mrs Pilcher is thought to have already run up a "horrific" £200,000 lawyers' bill in the fight with her green-fingered neighbour.

In court, Mrs Williams insisted it was she who was provoked by her neighbour after Mrs Pilcher gave her the middle finger from her window earlier in the day.

Ms Williams said: “I had gone to her front door to ask if she would move her car as it was blocking access and she came to the window and made a very rude gesture."

Mrs Pilcher also claims damages for nuisance based on how her neighbour has positioned her compost bins and the way that fruit falls into her garden from Mrs Williams’ apple tree.

She said: “They are frequently left uncovered and overflowing. Over time the smell has become worse and has left the claimant unable to use the bottom of her garden."

On top of that, Mrs Pilcher says her neighbour failed to prune an overhanging apple tree which deposited large amounts of fruit onto her patch.

If left on the ground, the apples rot and attract wasps, said her barrister – which is alarming for Mrs Pilcher as she has a wasp allergy and was hospitalised in 2018 following an attack.

She added: “Mrs Pilcher has as a result been left unable to use the bottom of her garden due to the smell from rotting apples and the composters, the fear of falling apples and the fear of wasps, having been hospitalised in 2018 after being stung multiple times by wasps from a nearby wasps' nest.

"While her allergy makes her more sensitive to issues of rotting fruit leading to insect activity, it is submitted that any reasonable user would regard the amount of rotting fruit and subsequent issues with wasps and other insects as a nuisance."

Mrs Pilcher has logged some of her neighbour’s antics on CCTV and kept a “diary of incidents”, the court heard.

As well as complaints about obstructing her parking, she claims Mrs Williams harassed her by “coughing and making noises near her” and by pinching her post.

And her barrister told Judge Cohen: “The claimant has been left feeling like a prisoner in her own home, frightened of how Mrs Williams will react to any action, having to hide from her and with her family reluctant to visit her.

“It is submitted that Mrs Williams’ actions clearly amount to harassment when taken together as a course of conduct.”

But Neil Vickery – for Mrs Williams – argued that the key issues in the case, such as the boundary dispute, have already been resolved.

He branded Mrs Pilcher’s trespass, harassment and obstruction claims “trivial”,  and said he had hoped they would have been dropped before reaching trial.

“Mrs Williams does not know what Mrs Pilcher’s costs are, but it seems unlikely that they are less than £200,000," he added, dismissing the claim against Mrs Williams as a “regrettable and ridiculously expensive piece of litigation.”

The trial is continuing. 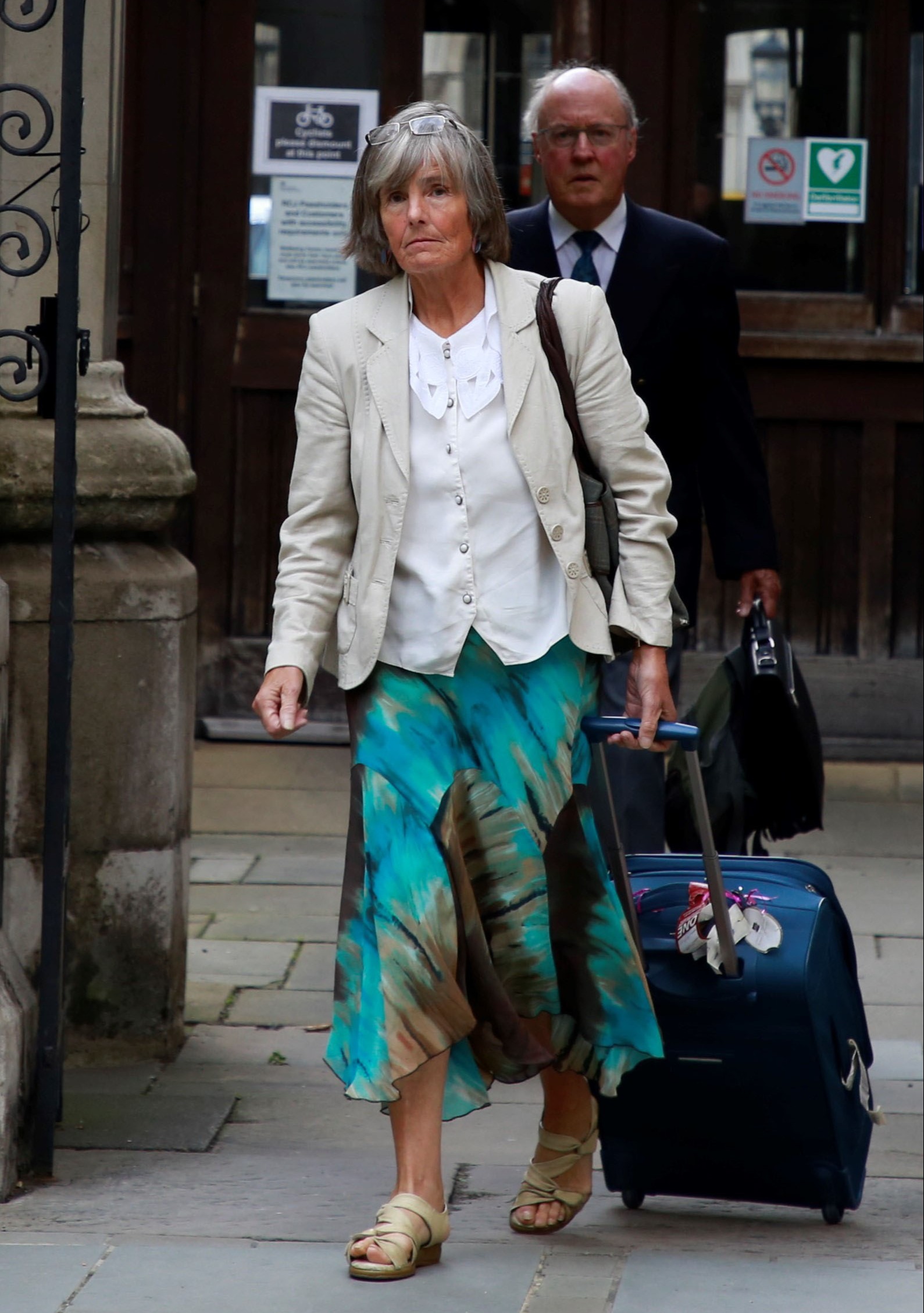