A WOMAN was left baffled after finding FOUR-TOED footprints on her car after a frosty night.

Alicia Smith from Scartho, Grimsby, woke up on Thursday morning to the bizarre prints all over her car. 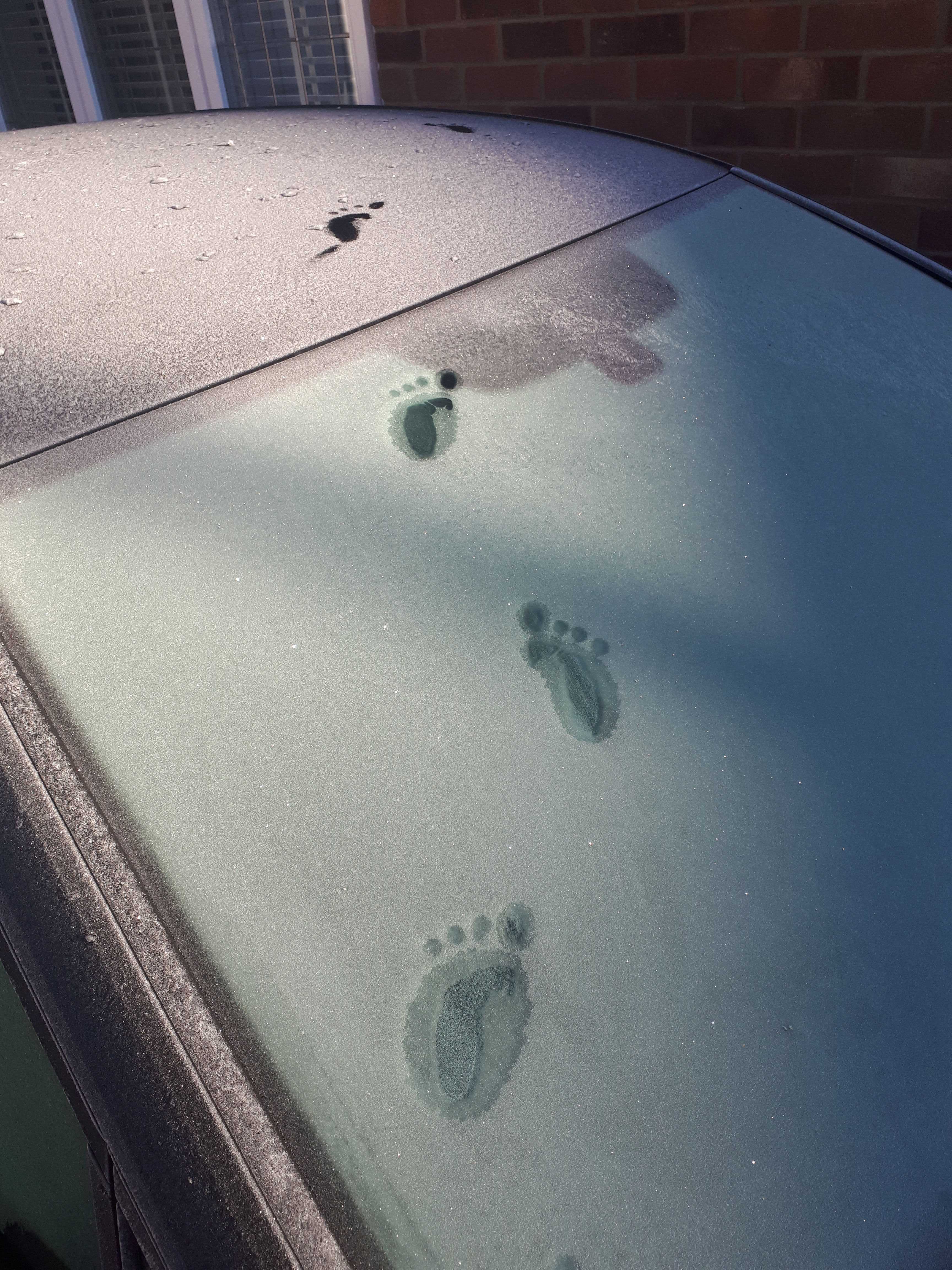 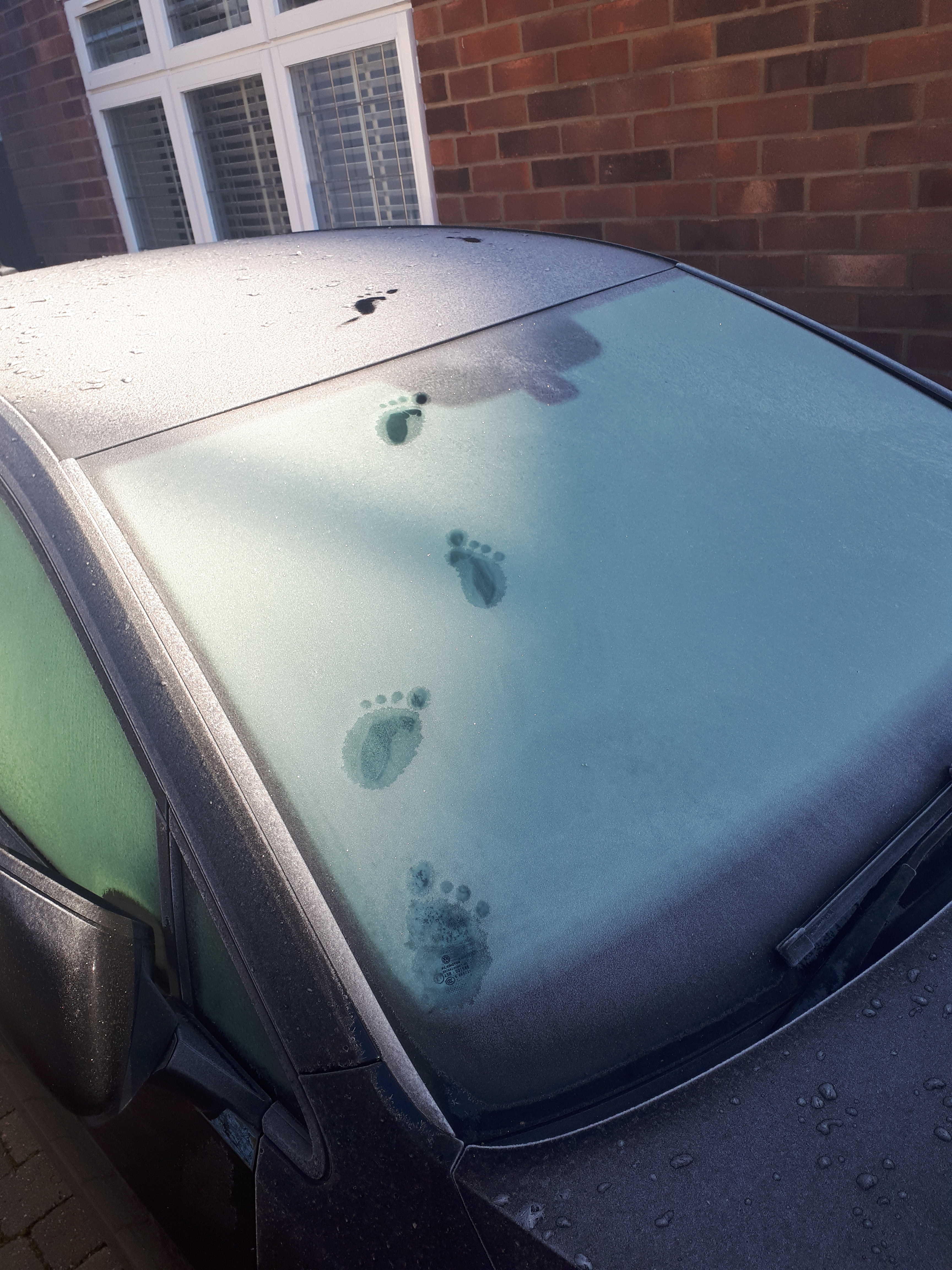 A set of six footprints can be clearly seen walking over the windshield and on to the car's roof.

At just a few inches long, and appearing to have just four toes – Alicia was left baffled at what could have left the footprints on her vehicle.

She suggested it may have been a child's footprints, but added that they "don't quite look human."

The trail started near the corner of the driver's door, and moved up the windscreen, before going across the roof and disappearing.

She shared the bizarre pictures, sparking further speculation on what might have made them.

She told Grimsby Live: "We'd never seen anything like this before, it was very odd.

"They're a strange shape and only have four toes, and don't quite look human. I'm not sure if it was a child.

"And why would someone be barefoot in this weather?

"The car was parked outside our house all night so whatever did it must have been just outside.

"We didn't hear or see anything.

"It was 10.30am when we came out and spotted the footprints.

"We had no idea what made them, and wanted to see if anyone else had seen anything similar.

"We really want to hear people's suggestions on what they might be."

Whatever made the prints must have cold feet – judging by the layer of frost on the windscreen.

In the US, a couple believed they had spotted a yeti in the woods – but were stunned to realize it was nothing more than a snow-covered tree.

Terry Rhoton, 52, and Nicole Wood, 49, were out for a scenic drive near their home in Prudenville, Michigan, when they spotted a snow-covered pine tree with an uncanny resemblance to Bigfoot.

And other animals have been spotted running amuck in the winter weather.

Photographer Vadim Trunov, 36, built miniature skis and snowboards for squirrels — and got them to climb on them with the promise of hazelnuts.