The elderly woman was driving in the wrong direction down the dual carriageway when she smashed into a taxi near Dagenham, East London.

The crash with the taxi — which is believed to be a London black cab — happened at around 1.45am this morning at the Witch's Hat junction of the A13.

But despite their best efforts two people have died as a result of the horror smash, which was reportedly witnessed as a head-on collision.

The identity of the victims are not yet known, but the taxi driver was said to be in his 40s. 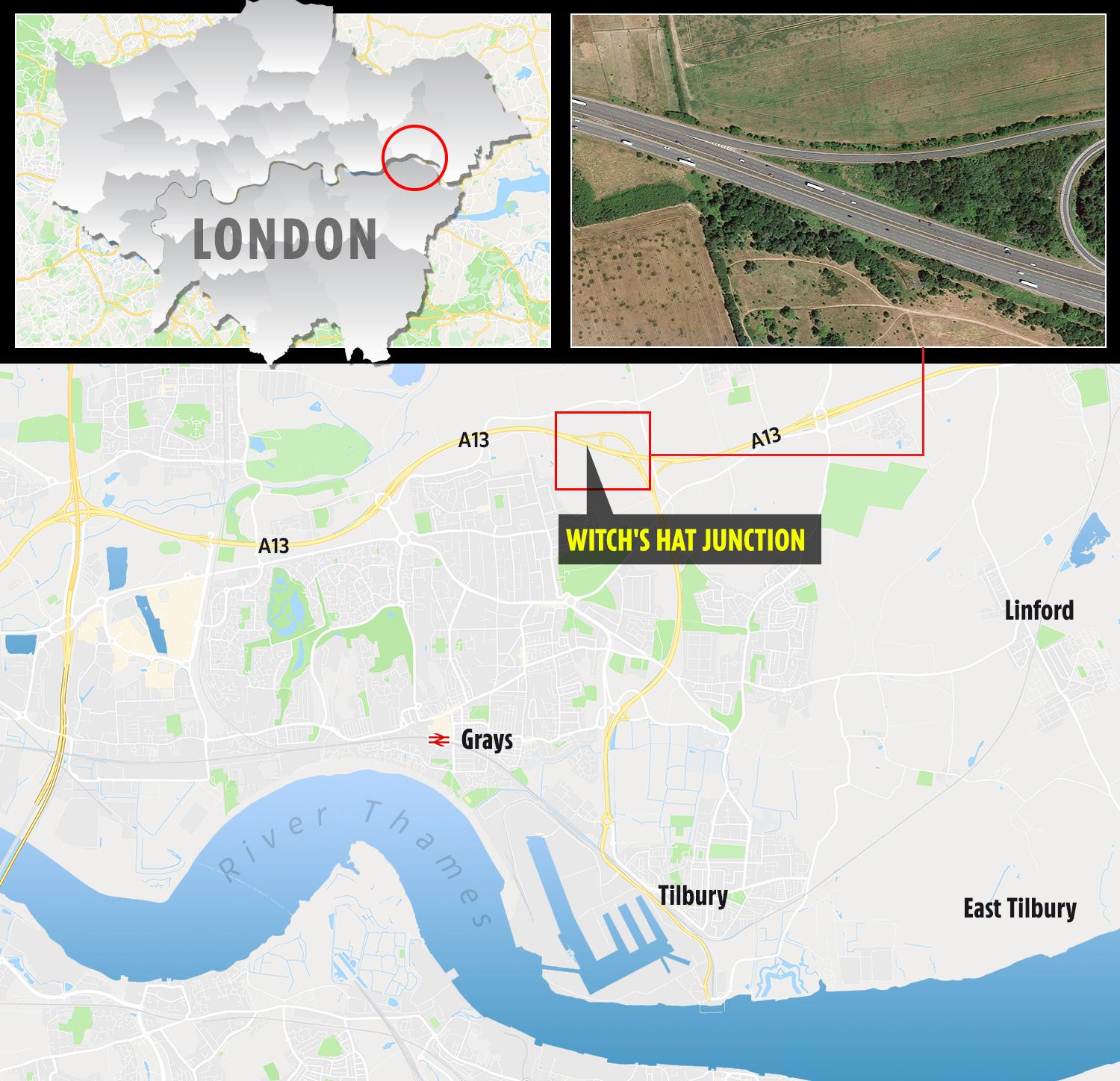 Cops were called to reports of the car being driven the wrong way down the A13 before the crash, but the accident happened before they could intervene.

A spokesman for the Metropolitan Police said: "Police were called to the Witch's Hat junction of the A13 in Dagenham at 1.45am on Monday, December 31, to reports of a car travelling the wrong way down the carriageway.

"Shortly afterwards, the car was involved in a collision with a taxi heading in the opposite direction.

"Next of kin have not been informed."

The road was closed this morning as emergency services dealt with the tragic incident but has since been reopened.

A London Fire Brigade spokesperson said: "We were called at 2:02am to two motor cars in a collision on the A13 eastbound.
"We assisted the Metropolitan Police and London Ambulance Service and it was all over for us just after 3:15am.
"Two fire engines and a fire rescue unit attended."