A WOMAN is raging after a neighbour left a note that slammed her as "selfish" for her parking  — but who is right?

Danielle Hopkins shared the message on a Facebook page for Gravesend, Kent, that was left on her car in which she was called an "A-hole". 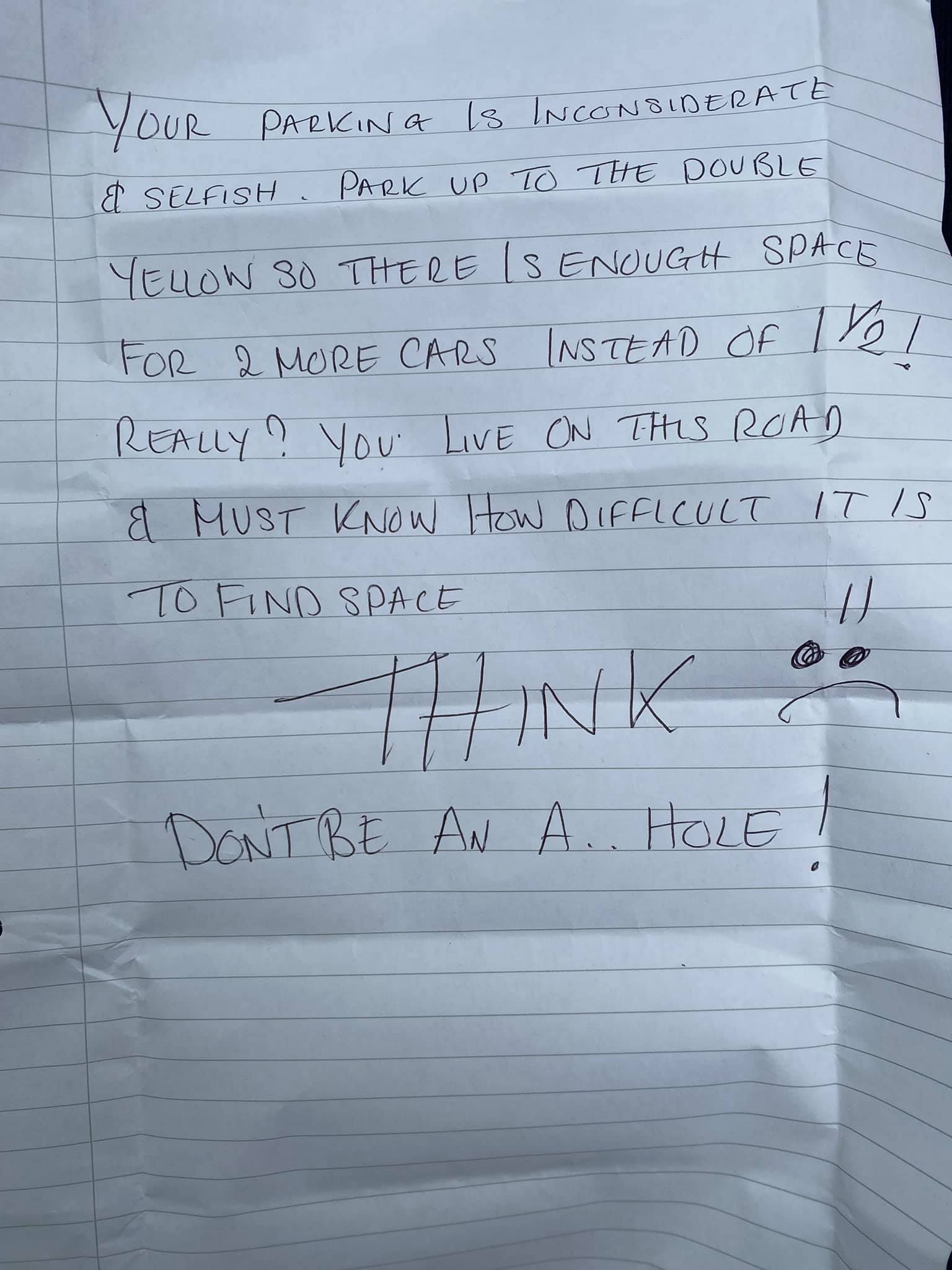 The outraged woman posted the note that had been left on her windscreen on a local Facebook page.

The letter read wrote: "Your parking is inconsiderate and selfish.

"Park up to the double yellow, so there is enough space for two more cars — instead of one and a half.

"You live on this road and must know how difficult it is to find space.

But Ms Hopkins took offence at the accusation and called on the person to speak to her.

She wrote: "Whoever left this note on my car, instead of being a d**k and not leaving a name.

"Be a real ‘considerate’ person and talk to me about it."

"Because if you had, I would have told you why it was parked like that.

"There was literally a space of two feet from the line to my car, so you would not have been able to fit another two cars there.

"I parked it there because I parked it close to the car behind so that no one would hit my car coming around the corner, which has happened in the past."

She added: "So to the unnamed person, be a real person and leave your name. Take your own advice and don’t be an A hole."

Other residents posted their opinion.

One said: "But if you had parked close to the car behind you, two feet of space would not have made any difference unless the car is made by Matchbox."

Another added: "Why do people think and act like they ‘own’ their little stretch of road outside their home."