A PENSIONER has been fined £3k for feeding the birds at her home – with neighbours calling it a "Hitchcockian nightmare".

Irene Webber, 71, fed flocks of feathered pests for years, with hundreds of them swooping on the quiet street in Sully, Cardiff. 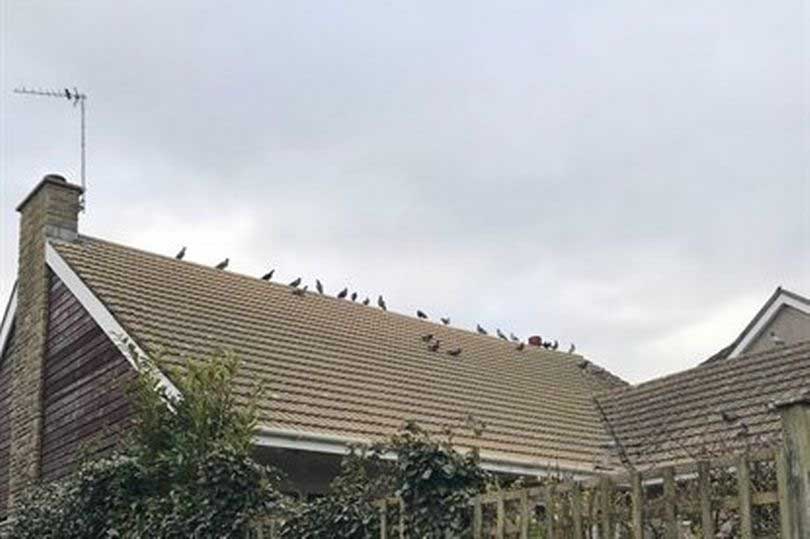 Neighbours feared leaving their homes over the constant risk of being hit by bird mess, with families complaining to council chiefs about the problem.

The noise reportedly disturbed other residents, and locals lived in fear of being injured by swooping seagulls.

Some even had to shelter under garden umbrellas to avoid the pooping pigeons.

One neighbour said: "This increase in the number of birds was clearly being caused by her feeding the birds.

"This has had numerous effects on myself and my family, with food dropped by the seagulls, constant problems with bird excrement on our windows, cars, clean washing and even on ourselves.

"I and my family are unable to eat outside or have barbecues in our own garden, as the seagulls and pigeons circle above our property and garden.

"The birds sometime swoop down to take food and also mess over the area.

"This increased bird activity also results in accumulations of birds' mess on our property roof and gutters, so that they need more regular cleaning."

Another added: "It is like the Hitchcock film The Birds, a nightmare at times."

Neighbours also said the food attracted rats into the gardens of their homes.

Councillor Eddie Williams, Vale of Glamorgan Council cabinet member for Legal, Regulatory and Planning Services, said: "This individual caused persistent problems for those living around her and despite previous warnings continued acting in the same way.

"I hope this example sends out a message that we will not tolerate anti-social behaviour within our communities and are prepared to take decisive action to address it."

MS Webber was also served with a notice under Section 4 of the Prevention of Damage by Pests Act 1949, which requires steps are taken to keep her garden free of mice and rats.

Cllr Kevin Marney added: "It has made life utter hell for neighbours stretching back over 20 years.

"This is one of the most distressing situation that I have ever faced. What these poor people have had to deal with.

"While most of us have been enjoying our summer in their garden these people have not been able to go out the back and couldn't enjoy their own gardens."