If long waits or slow service suddenly bedevil a favorite restaurant, it may not be the fault of the employees you see — but rather the ones you don't.

An acute labor shortage in the restaurant industry has pushed employment in the sector about 1.5 million jobs below pre-pandemic levels.

Moreover, restaurant owners don't expect the problem to resolve itself anytime soon. Roughly half of them say recruiting and retention of employees will be their top challenge in 2022, according to a survey released in January by the National Restaurant Association.

In a new interview, celebrity chef Wolfgang Puck told Yahoo Finance why restaurant owners have faced such trouble hiring. When the pandemic drove widespread restaurant closures and millions of employees lost their careers or took up other work, many found that they didn't want to return, Puck said.

"A lot of employees in our industry changed their lifestyle," said Puck, who co-founded three companies that operate more than 50 restaurants worldwide. "They said, 'We don't want to work on Mother's Day, on Christmas Eve, or New Year's Eve, Saturday, Sunday.'"

"A lot of these people didn't want to come back," he added.

The labor shortage in the restaurant industry has persisted despite a dramatic rise in wages aimed at bringing workers back.

Last year, as dining and travel habits returned to some semblance of normal, the high demand for workers in leisure and hospitality made it the only occupation that saw wage increases outpace inflation, as Yahoo Finance's Ben Werschkul reported. Hourly wages for those workers jumped 11.8% in March compared to a year ago.

The Austrian-born restaurateur lamented the failure to attract employees even with the high pay rate offered at Spago, his chain of high-end restaurants with locations in Beverly Hills, Las Vegas, Maui, and elsewhere. 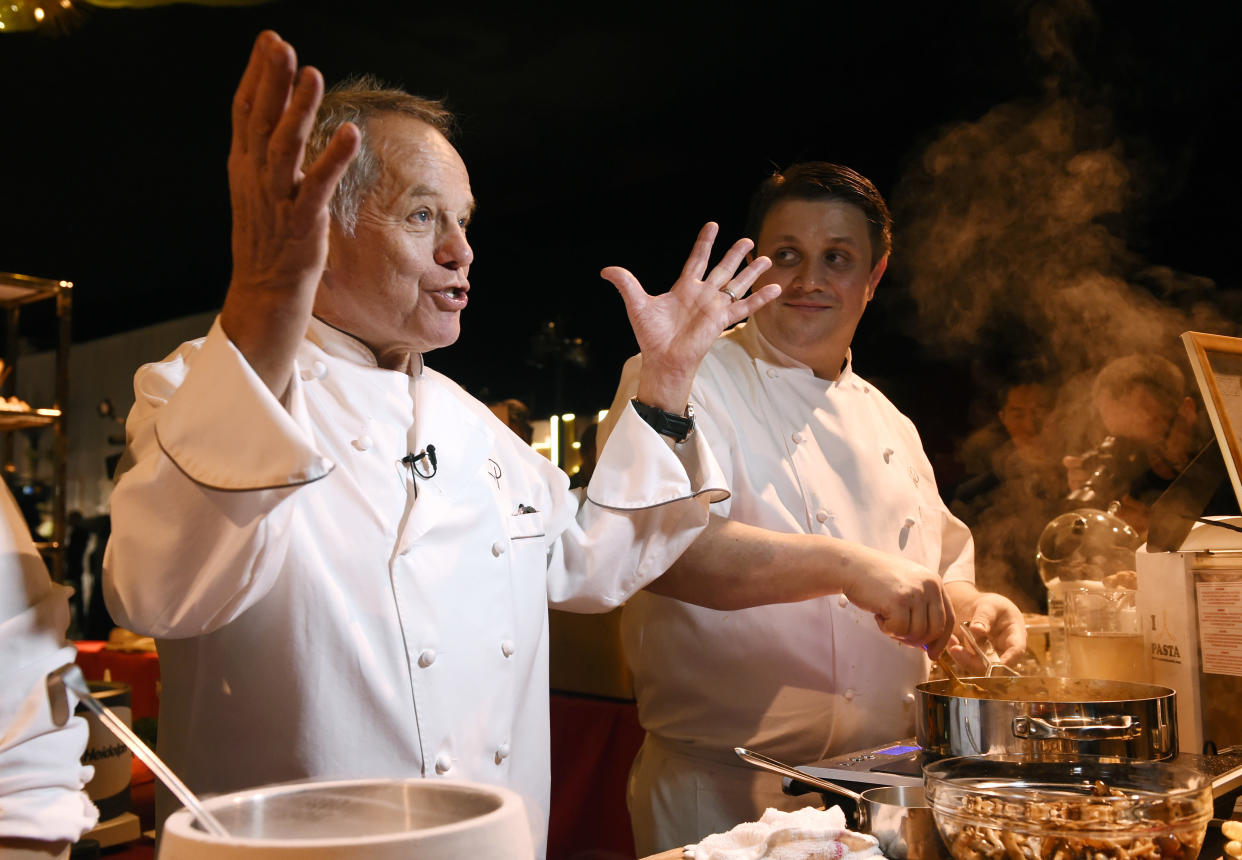 But there is reason for optimism among restaurant owners.

The industry has shown signs of increased hiring in recent months. The leisure and hospitality industry led all sectors in hiring last month by adding 112,000 jobs, with more than half of those jobs coming at food service and drinking places, according to data from the Bureau of Labor Statistics.

The hiring gains owe in part to growth in the industry as it bounces back from the pandemic. The food service industry workforce is expected to increase by 400,000 jobs, for total industry employment of 14.9 million workers by the end of 2022, the National Restaurant Association survey found.

"Little by little, they're coming back," Puck says.

Max Zahn is a reporter for Yahoo Finance.