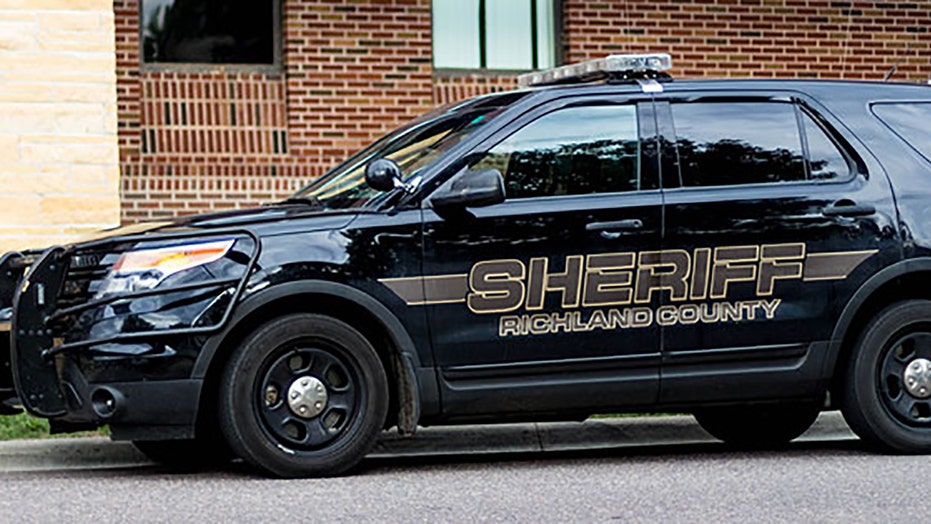 A Wisconsin mom’s Mother’s Day took a shocking turn after her son used a Taser on her while searching for his missing phone, authorities said.

The 43-year-old woman, of Lone Rock, called police just after 2:30 p.m. Sunday to report that she had been tased in the neck by her son, 22-year-old Andrew C. Peterson, the Richland County Sheriff’s Office said in a statement.

She said that her son, his girlfriend, Colleen Parker, and their young child had been living with her for the past few months when the domestic disturbance happened.

“The victim reported that her son became upset because he could not find his phone,” the sheriff’s office said.

She told deputies that he then applied the Taser to her neck and shocked her before leaving left in a vehicle with Parker, and their child.

Peterson was later arrested in Richland Center and admitted to tasing his mom, the sheriff’s office said.

He was charged with battery, domestic abuse-related disorderly conduct, bail jumping and possession of an electronic weapon.

Parker was also arrested for a prior domestic incident after deputies said that she admitted to punching Peterson’s mother in the face last week.

She was charged with battery and domestic abuse-related disorderly conduct.