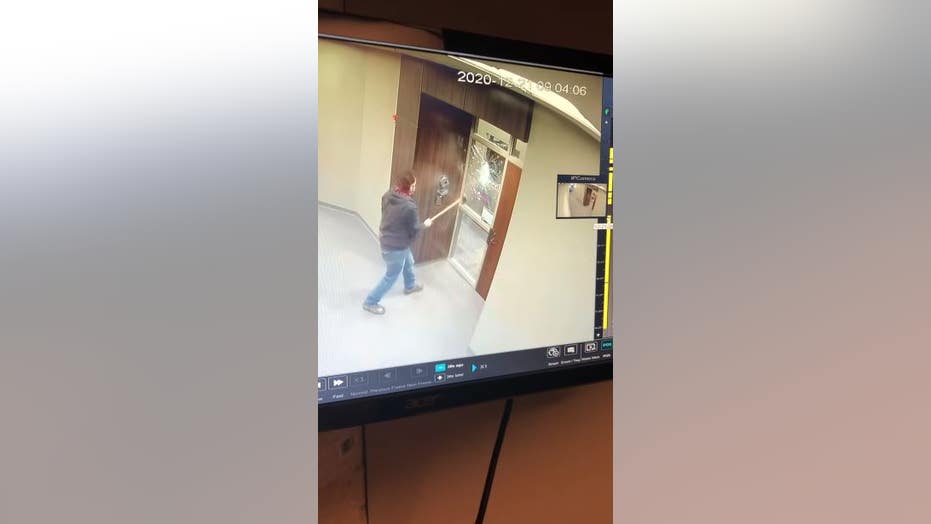 Authorities in Fargo, N.D., said Wednesday that they have identified an ax-wielding suspect who smashed windows at the office of a Republican state senator.

Surveillance video showed someone at Sen. John Hoeven’s office wearing a mask holding an ax while walking up a staircase toward a door. He smashes a glass window beside the door, taking several swings before walking away.

A spokesperson for Hoeven's office told The Hill the vandalism was discovered Monday morning and that "we reported it and appreciate the dedicated work of our law enforcement."

The Fargo Police Department did not release the suspect's name.

Calls and messages to Hoeven's office were not immediately returned. The police did not say if an arrest had been made or if one was imminent.

The department said a detective will complete a report that will be forwarded to the Cass County State's Attorney’s Office.