Coal mining under the reservoirs of Australia’s most populous city may be starting to affect the water.

Many environmentalists are expressing concern over Sydney’s water supply.

Coal mining is affecting the region’s catchments – a network of dams, rivers, lakes and wetlands spanning 16,000sq kilometres – that supply water to the country’s most populous city.

Mines have operated in the region for well over a century, but recent data shows that those operating underneath the catchments are altering the landscape and impacting water stores.

While the opposition is trying to limit these mines’ expansions, the New South Wales government backs the industry as its primary source of revenue, and curbing activity could impact the livelihoods of mine workers in the region.

Here is where the issue stands now:

What is the problem?

More than four million people drink water supplied by Sydney’s catchments, but mines are affecting the quality and quantity of this water.

Coal companies use a technique called “longwall mining”, an efficient, but invasive extraction method that cuts away sections of coal and leaves large empty spaces underground. These spaces can collapse, cracking bedrock and diverting water into the mine.

An independent analysis of the city’s water catchments, published in 2016, found “an emerging issue of unquantified loss of surface flows” associated with underground coal mining.

Pollution is also of concern; some mines are leaking contaminants into the environment.

While some sections of the catchments have been designated “Special Areas” and granted government protection, mines can still gain approval to operate directly within these areas. 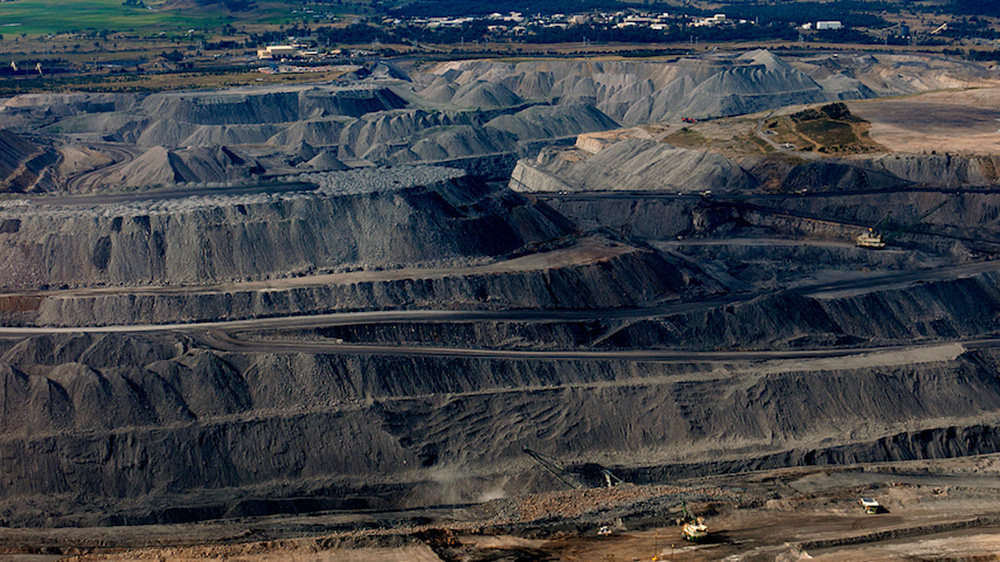 What is the government response?

The state government has faced pressure to address growing concerns over water.

“There has been a lot more … concern in recent years, particularly about the damage in the catchment.”

In a statement issued this month, the government stated that “mining has occurred in the catchment for over 160 years without any major impacts on water supply” and that “all mines in the catchment are currently required to limit water losses and follow strict water monitoring conditions,” but it has launched an independent panel to assess the issue.

Last year, the government received criticism for tabling an independent study looking into Sydney’s water supply. It has also received backlash for approving a coal mine’s extension after a court shut down the project over concerns about water pollution.

Coal is the primary revenue for the state, bringing in over $13bn to the economy in exports alone. More than 95 percent of coal exports go to Asia, with the largest buyers being Japan, China, and South Korea.

How urgent is the issue?

The government’s 2016 independent study said that although mining could lead to “small changes in the levels of impurities” in water in the region’s dams in past years, treatment plants can still maintain water quality.

“There is no immediate threat to water supplies in Sydney,” said Woods. “It’s much more of a long-term question that we are raising here.”

What is the bigger picture?

Proponents argued that the mine would bring in revenue and job opportunities, while opponents pointed to funding problems and potentially damaging environmental consequences. The project received backing from the federal government, which broadly supports mining in the country.

“[The mine] has become the symbol of the coal industry and the future of coal,” Campbell said.