Here’s what you need to know about the 56-year-old who is tipped to become the next chancellor of Germany. 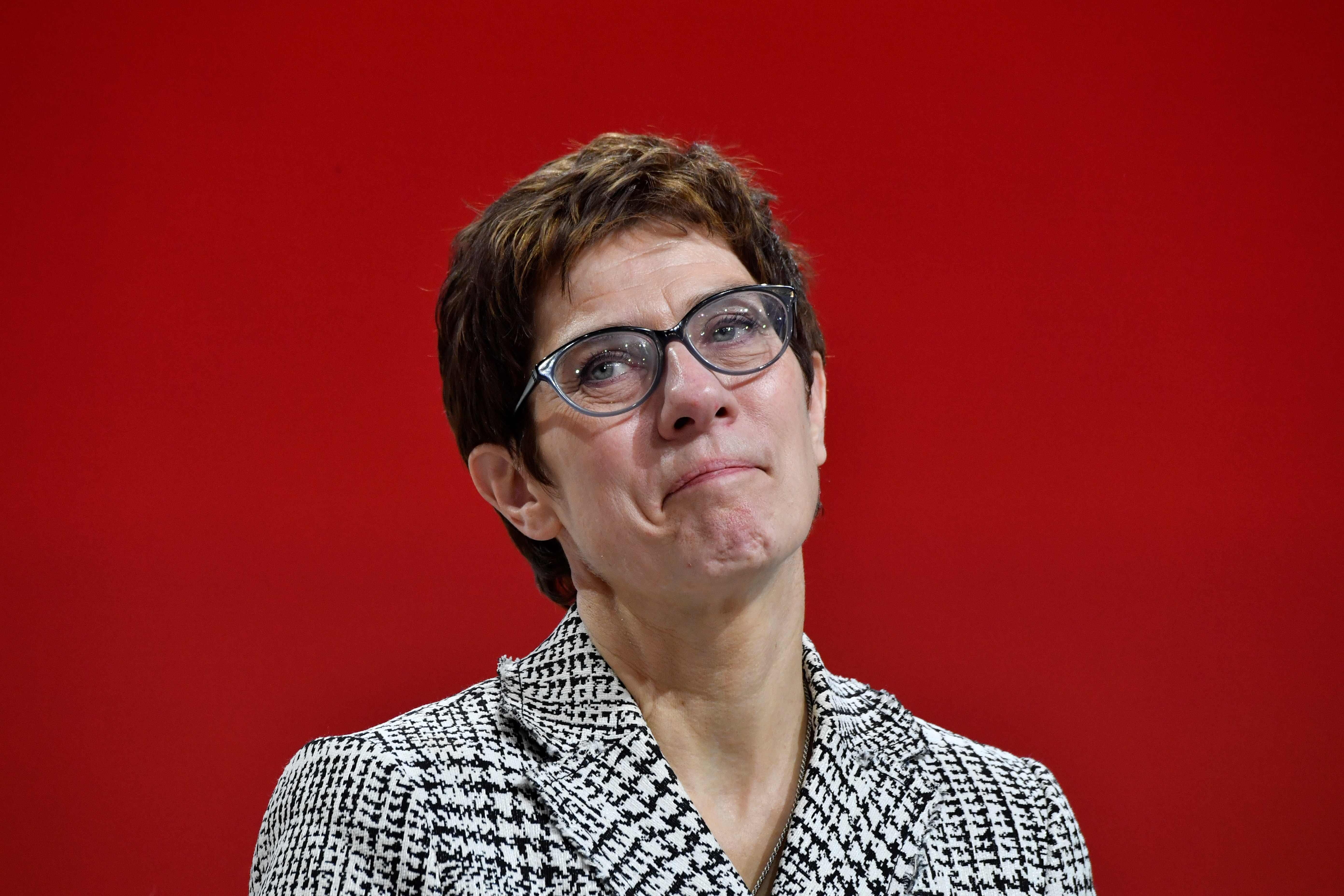 Who is Annegret Kramp-Karrenbauer?

Kramp-Karrenbauer won a narrow victory over Merkel-rival Friedrich Merz, securing 51.8 per cent of the vote.

AKK – as she is widely known – grew up in a Catholic family in the small village of Volklingen, which is in the state of Saarland, south-western Germany, by the French border.

She joined the CDU in 1981 as a 19-year-old student and after completing a masters degree in political science, worked in state-level politics.

Kramp-Karrenbauer spent a decade as deputy leader of the powerful Women's CDU, then made it onto the party’s national committee in 2010.

She was elected prime minister of Saarland in 2011 and last year became a household name after defeating the Social Democrats to get re-elected despite CDU losses elsewhere.

Since February she has been the CDU's general secretary, in charge of day-to-day political strategy.

The new CDU leader lives in Püttlingen, near where she was born, with husband Helmut Karrenbauer.

They have been married for 34 years and he left his job as a mining engineer to look after their three sons while she pursued her political career. 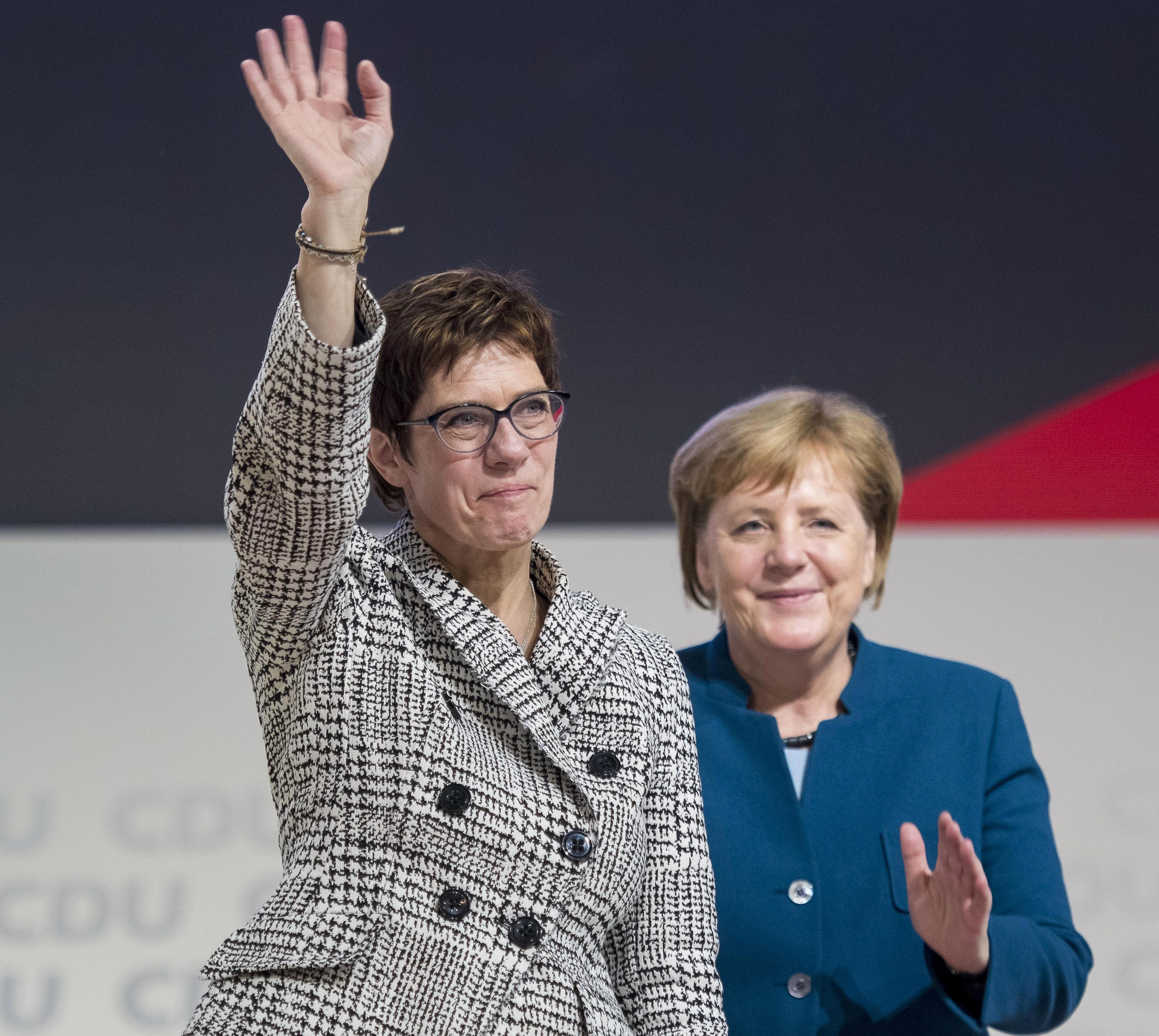 What does she believe in?

The new CDU leader is a close ally of Angela Merkel and in the leadership race, was widely seen her anointed heir.

Such is their closeness that critics have branded her centrist politics “Merkel 2.0” and called her "mini Merkel".

She has largely supported her mentor’s controversial open door policy on refugees though admits mistakes have been made and pushed for refugees with criminal convictions not to be allowed back into Germany.

Kramp-Karrenbauer has also questioned whether Germany's large Turkish minority should be allowed to hold joint citizenship and said migrants should make more of an effort to integrate. 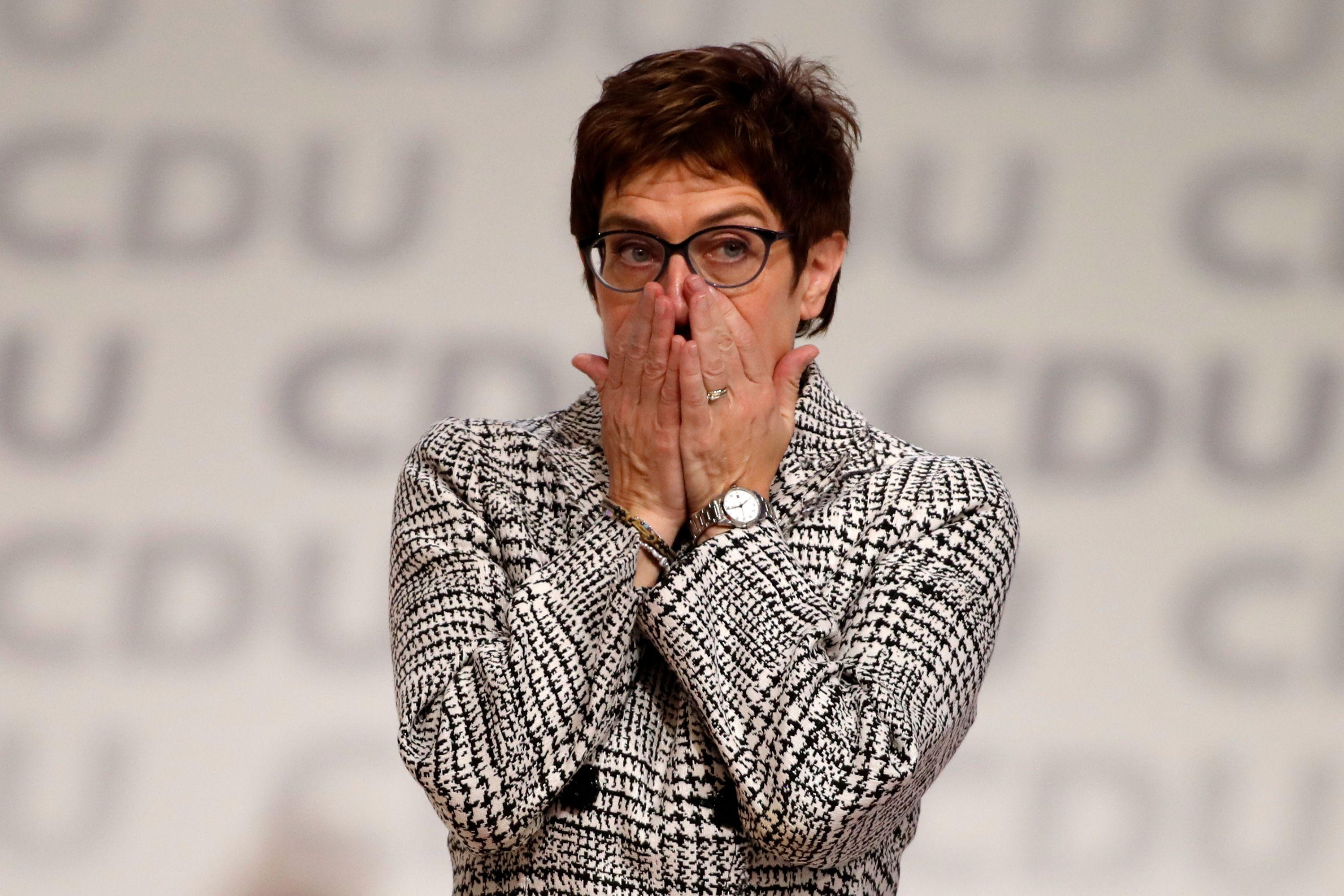 As a practicing Catholic, she has spoken out against same-sex marriage and expressed concern about same-sex couples being allowed to adopt children.

But Kramp-Karrenbauer has also backed traditional left-wing policies such as the minimum wage, an end to nuclear power, tackling poverty and higher taxes.

There are, however, hints that she plans to follow her own path and has said she will encourage debate on issues such as immigration.

“I’ve heard many people describe me as a mini version, or as just a continuation,” she told delegates in an emotional victory speech.

“But I stand here as my own person, as a mother of three, as a former interior minister, state leader, who has served this land for 18 years and who has learned what it means to lead.

“And that leadership has more to do with inner strength than how loud you talk.”