On December 20, without fanfare or publicity, a prisoner was released from jail in Iran. After 10 years' imprisonment, Afif Naeimi stepped out a free man.

Who is Afif Naeimi, and why did so many Australians call for his release? 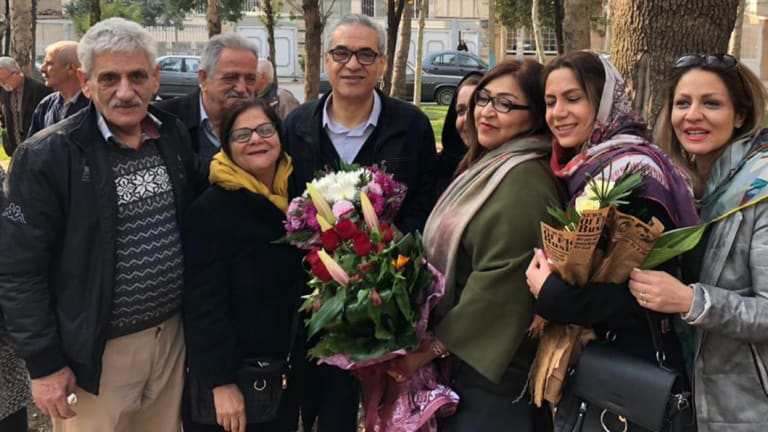 Afif Naeimi, centre, and his loved ones in Tehran shortly after his release.Credit:Baha’i World News Service

Afif and his six colleagues used to form the ad hoc leadership group for the Baha'i community, Iran's largest and most persecuted religious minority.

Their arrests, in dawn raids on May 14, 2008, sent a chill through the Baha'i community worldwide.

Many remembered the early 1980s, when numerous Iranian Baha'i leaders were arrested, tortured and executed.

After months of solitary confinement, interrogation and mistreatment, the seven were jailed for 10 years.

We knew we had to give a voice to the voiceless. Keeping them in the public eye may prevent the worst from happening again.

What we didn't anticipate was how many Australians would join the call, ensuring their case was not drowned in the waves of so much injustice and suffering in the Middle East.

If you think religions are divided, know that Australian religious leaders were the first to express their concern. Christian, Jewish, Muslim, Buddhist, Hindu and Sikh leaders repeatedly came together to pray for the seven and demand their release. 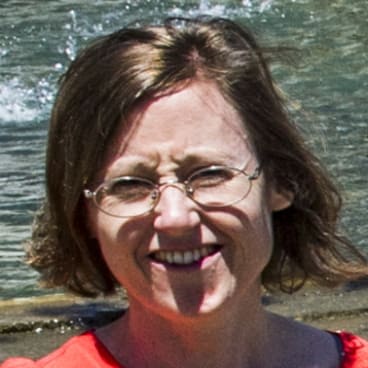 If you think Australian politics is hopelessly polarised, know that MPs from all sides supported no fewer than five parliamentary motions expressing concern in the past 10 years.

Then foreign affairs minister Julie Bishop called for their release every year on the anniversary of their arrests.

Numerous journalists picked up the story, and it was their efforts that ensured the nation was aware of the fate of the seven.

Actors and poets joined readings of poetry written by one of the leaders and smuggled out of prison. A heart-shaped installation made of 1000 images of them was unveiled. Two Sydney galleries hosted exhibitions in their honour.

This pattern was repeated globally, world leaders and Nobel laureates adding their voices to the call. This time, it felt like the world was watching.

The support lifted the prisoners' morale and kept them strong. Roxana Saberi, an American-Iranian journalist who temporarily shared a cell with two of the leaders, wrote in The Washington Post

: “my cellmates' spirits would not be broken, and they boosted mine”.

Finally the clock ticked down. The first released was Mahvash Sabet in October 2017.

The other leaders were gradually released. By April 2018, only Afif Naeimi remained.

The time he spent outside prison being treated for a severe heart problem was cruelly added to the end of his sentence.

When he finally walked out, aged but unbowed, he represented all of us, and the resilience of the human spirit.

Sadly, the story does not end there.

Much has changed in the past decade. Iran elected a new President, and mobile technology and social media proliferated.

But the persecution of Baha'is ground on. More than 80 remain in prison.

Baha'i gatherings are raided and their shops arbitrarily closed.

They are prevented from attending university or working in the public sector.

A fatwa by Iran's Supreme Leader says Baha'is are unclean, and advises Muslims to avoid all dealings with them.

On December 17, the UN General Assembly passed a resolution on human rights in Iran.

Australia co-sponsored the resolution, which condemns violations against many Iranians, not only Baha'is.

We are thankful to our government, and to the many friends who have walked the past 10 years with us.

We will count on your support until every Baha'i in Iran is free and able to practise their faith in safety.