Now that Republicans have taken the House, President Joe Biden's agenda is likely going to stall over the next two years of his term – at least the more ambitious parts of it.

“I’m proud to announce the era of one-party Democrat rule in Washington is over,” California GOP Leader McCarthy declared after winning the nomination from his caucus to be the next speaker, replacing Democrat Nancy Pelosi.

The president still will be able to fill judgeships and politically appointed positions because Democrats kept control of the Senate. But a GOP House where hardline conservatives wield considerable influence will put the Biden administration on the defensive on several fronts.

A GOP House could open new investigations – a lot of them

When Democrats took control of the House as part of the 2018 blue wave, they started a flurry of investigations into then-President Donald Trump’s administration and his business dealings, including probes of his tax returns and later, the role he played in the Jan. 6 Capitol attack.

Republicans have been itching to return the favor. When they win control of the House next year, expect a lot of investigations into Biden's programs and his son Hunter Biden’s financial dealings.

Stay in the conversation on politics: Sign up for the OnPolitics newsletter

Rep. James Comer, R-Ky., the top Republican on the House Oversight Committee, is expected to chair the most powerful investigative panel in the chamber. Comer has vowed to aggressively investigate Hunter Biden’s financial dealings and compliance with tax laws. Republicans have questioned whether Hunter Biden has compromised the presidency and national security through his business dealings in China and Ukraine.

"The reason we are investigating Hunter Biden is because we believe he is a national security threat. But we are also concerned that Hunter's shady business dealings have compromised Joe Biden," Comer told Fox News in October. 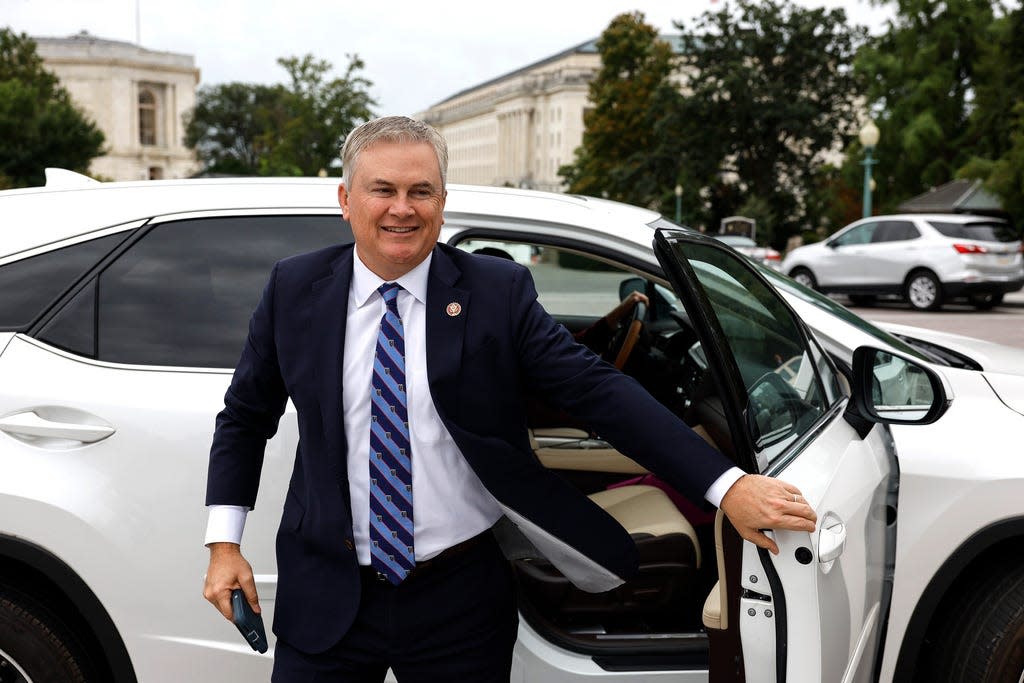 A GOP majority could also open investigations into the U.S. withdrawal from Afghanistan and the Department of Justice.

McCarthy has vowed to immediately open an inquiry into the FBI's search of former President Trump's Mar-a-Lago estate.

"When Republicans take back the House, we will conduct immediate oversight of this department, follow the facts and leave no stone unturned," McCarthy said.

A bigger platform for ultraconservatives

If McCarthy becomes speaker (an official vote won't happen until Jan. 3), he could have to hold together a potentially unwieldy majority, some of whose members are demanding an aggressive accounting of the Biden administration.

Several races still have yet to be called as of Wednesday evening. Depending on how slim a GOP majority is, the House Freedom Caucus, which includes more than two dozen of the House's most conservative lawmakers, could expand its influence. 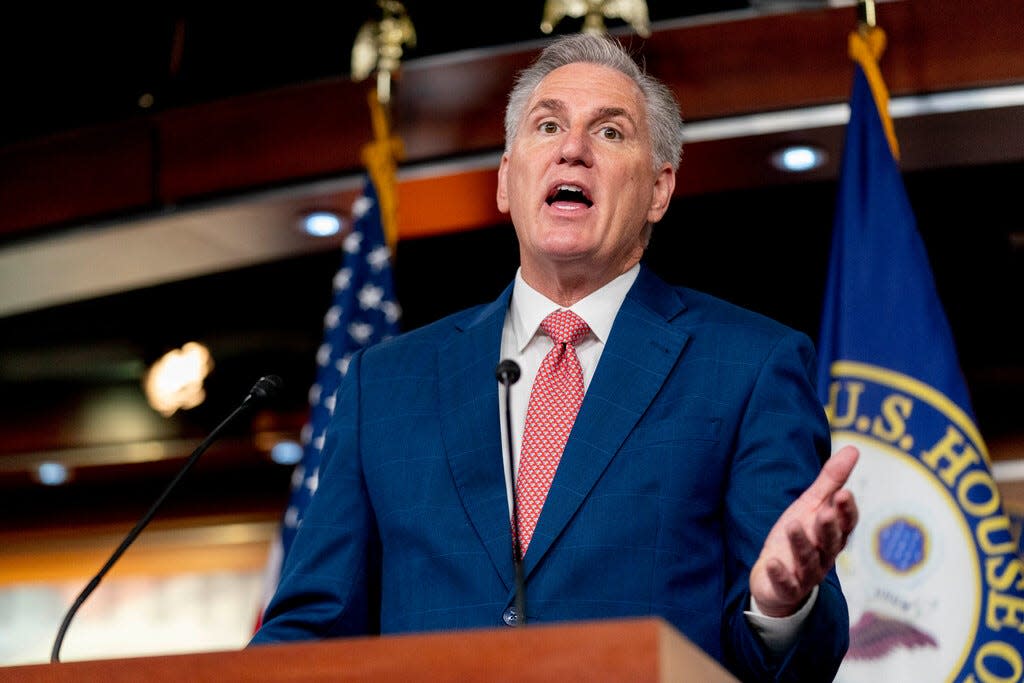 “If you’ve got 30 votes in a narrow majority, you can be influential.” Rep. Ken Buck, R-Colo., a and member of the Freedom Caucus, told Axios.

The Freedom Caucus has had a hand in leadership changes before. Then-House Speaker John Boehner was forced to resign in 2015 in part because of the caucus' opposition to him.

McCarthy will have to walk a tightrope between moving legislation and tempering hard-right Republicans.

Threat of impeachment looms – and not just Biden

Some House Republicans have been clamoring to impeach Biden if the GOP takes control of the House. Rep. Marjorie Taylor Greene, R-Ga., one of the Republican Conference’s most fiercely outspoken members, has introduced articles of impeachment against Biden multiple times.

However, McCarthy has tried to temper conversations surrounding impeachment, telling reporters, “We will not play politics with it."

House Republicans are being cautious with impeachment. Such a move would garner high media attention and could backfire if voters disapprove. Several of them were in office during the 1990s, when the GOP impeachment of Bill Clinton led to the loss of some GOP congressional seats and boosted the president's popularity.

Even if Biden were impeached, the Senate would hold a trial that would require a two-thirds majority to convict Biden, a near-impossible threshold to meet.

Another possible impeachment target would be two of Biden's Cabinet members: Attorney General Merrick Garland, for the Justice Department's investigation into Trump's handling of classified documents; and Homeland Security Secretary Alejandro Mayorkas, for the administration's handling of the record migrant surge on the Southern border.

Aid to Ukraine could slow

Should the GOP take the House, continued U.S. aid to Ukraine as it fends off a Russian invasion is up in the air. McCarthy told Punchbowl News that a Republican House won’t write a “blank check” to Ukraine, suggesting that Republicans would limit or halt funding to Ukraine.

Republicans have been divided over approving more aid to Ukraine. Senate Minority Leader Mitch McConnell, R-Ky., has pushed the White House to expedite the shipment of military weapons. McCarthy and other Republicans have expressed skepticism over continued aid, citing the national debt as a reason to limit funding.

But Texas GOP Rep. Mike McCaul, likely the next chair of the House Foreign Affairs Committee, told USA TODAY he expects McCarthy to remain supportive of aid to Ukraine.

His belief is that Ukraine must win this fight. And I think some of that’s been a little misinterpreted. He was basically saying that we're not going to write a blank check, that we are going to have oversight and accountability, and that's what my committee will be doing," McCaul said. "And I think the taxpayers deserve that. But that doesn't mean that we were going to cut and run on Ukrainians who’ve proven themselves to be effective, far more than our Department of Defense and State Department realized."

What legislation can pass?

Expect a GOP-run House to push through legislation with traditional conservative points: tax cuts, expanded energy production, and a reduction in government spending.

A House Republican agenda revealed in September titled a "Commitment to America" outlined various legislative goals for a GOP majority that also include increased fossil-fuel production.

But the Democratic-led Senate would go along with little of that. And if it did, the GOP still would have to contend with Biden's veto pen.

Facing a divided Congress, the president sounded a bipartisan tone last week, saying he wants "to work with my Republican colleagues."

This article originally appeared on USA TODAY: What happens when the GOP takes the House? Probes, maybe impeachment