SAINT Patrick famously banished the snakes out of Ireland – but Britain on the other hand is home to three species of snakes.

Here's all you need to know about the slithering creatures….

What snakes are there living wild in Britain? Are they venomous?

There are three native species of snake found in Great Britain, and three species of lizard.

All reptiles hibernate in winter, but keep your eyes open from April to October and you might spy one basking in the sunshine.

Snakes and lizards are protected species and it is illegal to disturb them and their nests. 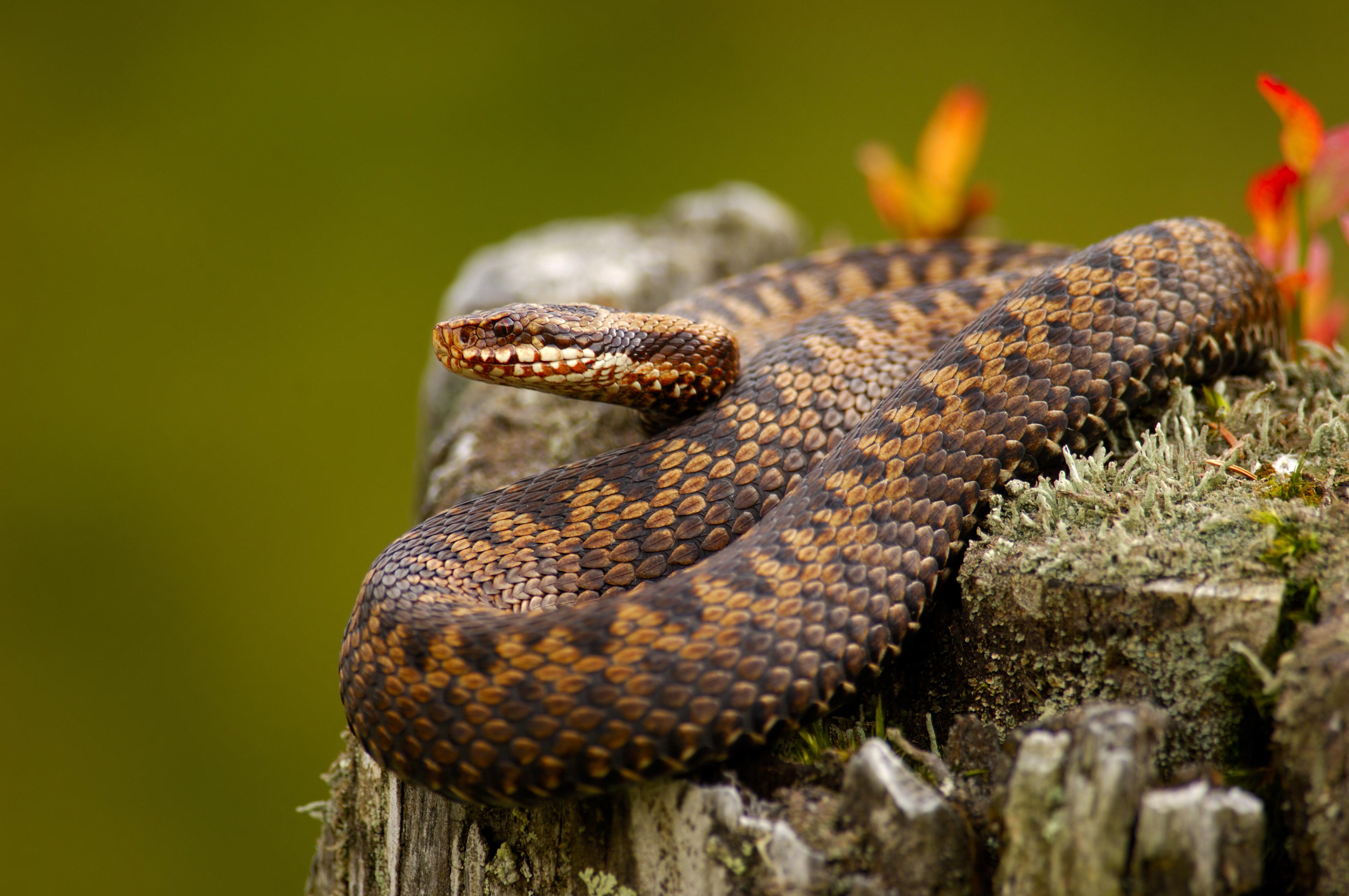 The adder, also known as the common viper (Vipera berus), is Britain's only venomous snake and also the most likely to be seen.

Adders grow up to two or sometimes three feet long and have a distinctive zig-zag pattern down their backs.

They live in rough open countryside, often on the edge of woodland, and feed on small mammals, birds and amphibians.

Warm days in spring are the best time to see them when they often writhe around each other competing for mates.

They are found across Great Britain except the the Scottish islands, the Isles of Scilly, the Channel Islands and the Isle of Man.

Adders have the most highly developed mechanism for injecting venom of all snakes in the world – but they are not aggressive and use it as a last resort.

Up to 100 adder bites are reported every year, usually when people accidentally step on one or try to pick it up.

The last person to die of an adder bite in the UK was in 1975 when a five-year-old boy was bitten in Scotland.

The NHS says an adder bite is a medical emergency and victims should dial 999 or head to A&E. 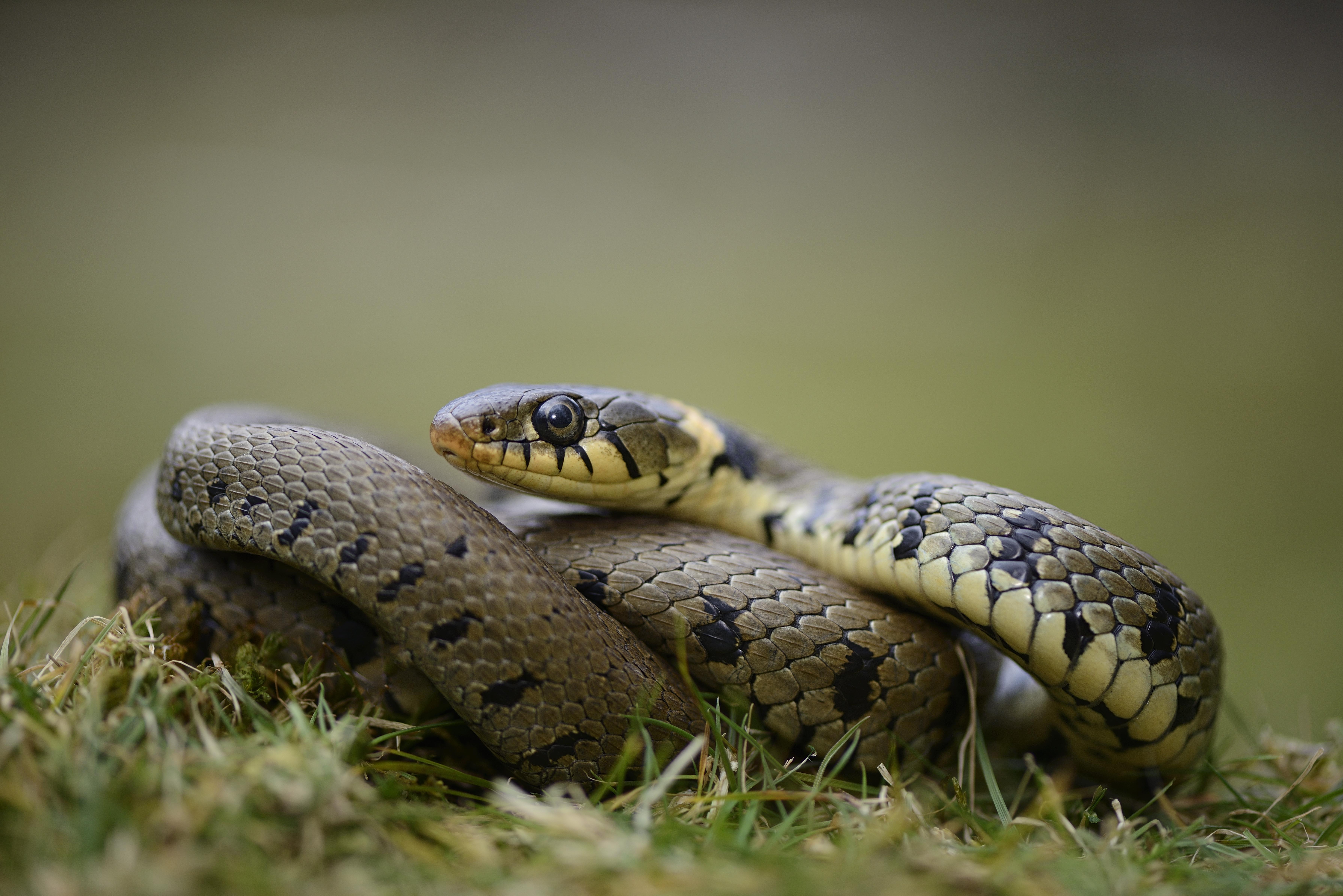 Grass snakes are the biggest snakes in Britain, growing up to five feet long.

They live in fields close to water where they feed mostly on frogs and toads.

Grass snakes have no venom and if threatened by a predator, such as a badger or fox, they will play dead to make themselves less appetising.

The British population belongs to the species called barred grass snake (Natrix helvetica), which was split as a separate species from the common grass snake in 2017.
They are widespread across England and Wales but are absent in Scotland.

In summer they can be seen basking in the sun near their favourite ponds or swimming in the water. 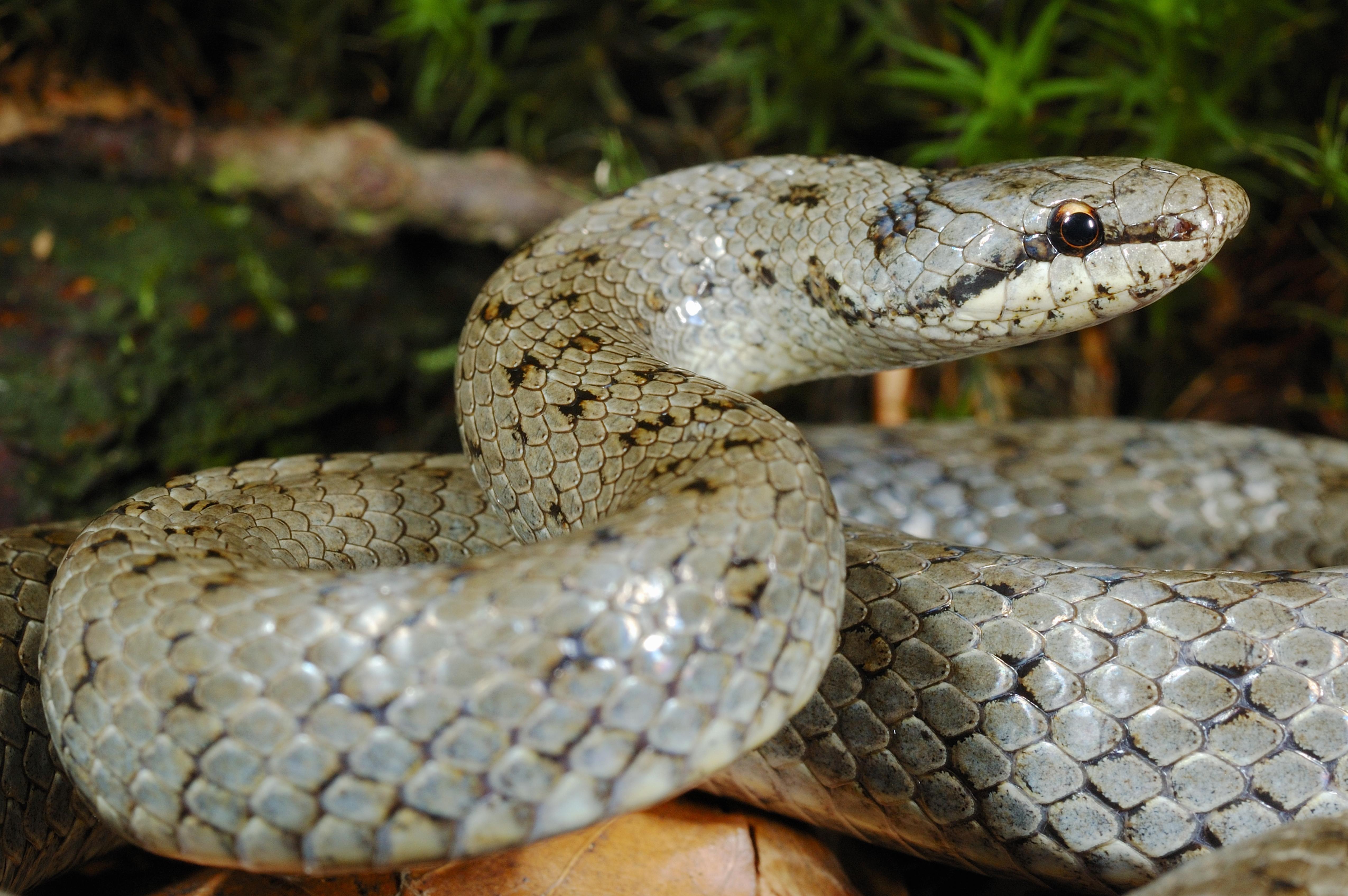 Smooth snakes (Coronella austriaca) are very rare and can be found at only a few sandy heaths in the south of England.

They are the same size as adders and look similar but without the zig-zags.

Smooth snakes can bite as a warning but they have no venom.

Instead they constrict their prey, including lizards and nesting birds.

Like adders, male smooth snakes compete to mate with females, who incubate eggs internally and give birth to live young. 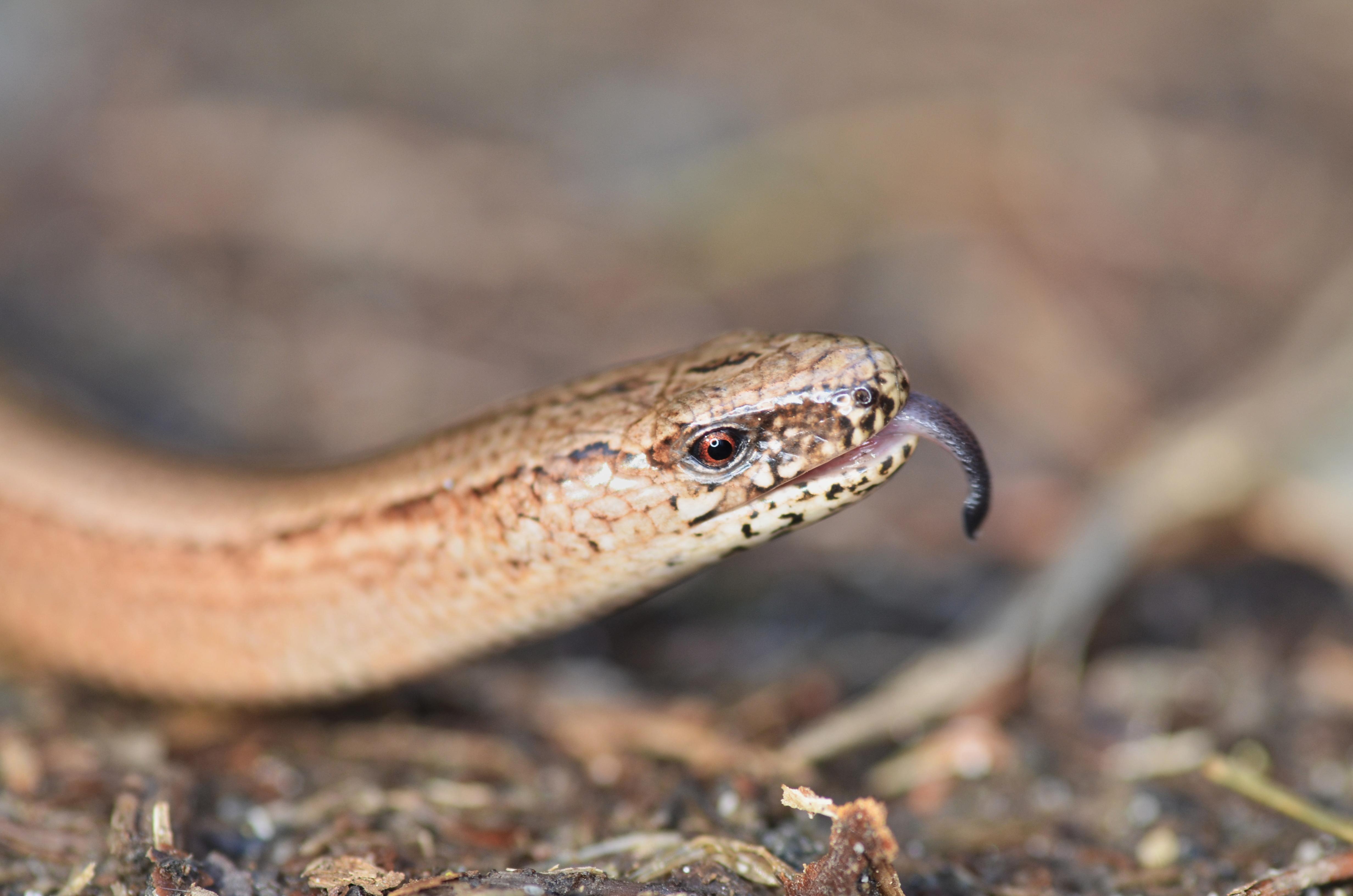 A slow-worm (Anguis fragilis) looks like a small golden snake but it is actually a legless lizard.

You can tell because it has blinking eyelids and can shed its tail.

They grow up to 18 inches long and are found across most of Great Britain in heathland and also gardens where they love to hunt insects on compost heaps. 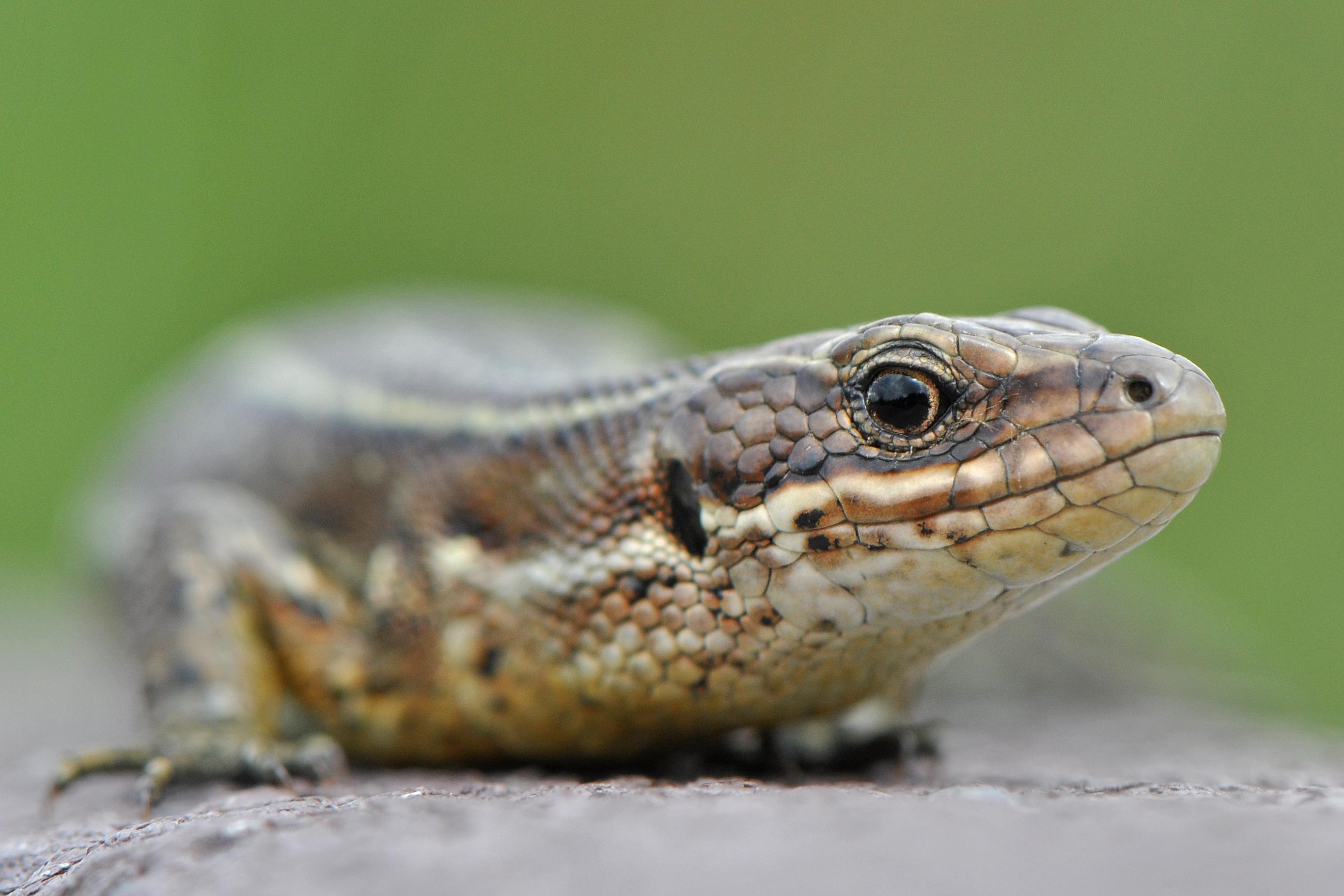 Common lizards (Zootoca vivipara) are also known as viviparous lizards because they give birth to live young instead of laying eggs.

Adults grow up to six inches long and vary in colour.

Males are usually brownish with a bright yellow or orange belly, while females are paler.

They are found throughout mainland Great Britain in many habitats including heaths, woodland and even gardens.

If threatened they can shed their tail to make a quick getaway – and then grow a new one.
The common lizard is also the only reptile native to Ireland. 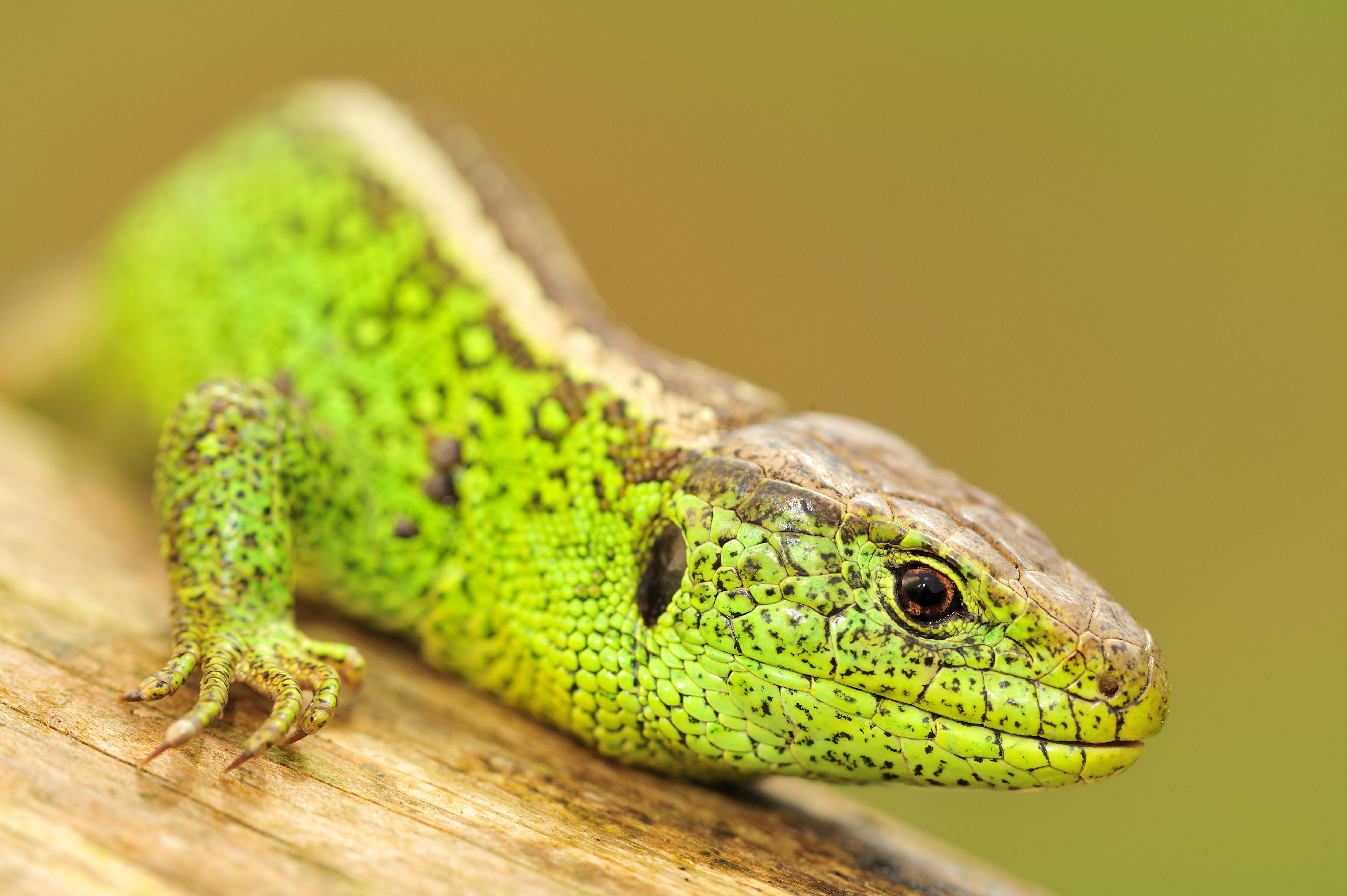 Sand lizards (Lacerta agilis) are very rare, now found only in a few sites where they dig deep burrows in sandy heaths and dunes.

Females are sandy brown while males are more easily spotted because they have bright green flanks in mating season.

They grow up to eight inches.

Sand lizards can still be found living wild in isolated areas of Dorset, Hampshire, Surrey and Merseyside, and have been reintroduced in other areas including Wales.

Are there snakes in Northern Ireland?

There are famously no snakes in the whole of Ireland.

According to legend, St Patrick drove all the serpents into the sea after they attacked him during a 40-day fast on top of a hill.

Scientists say snakes could not reach Ireland as it has been cut off from the rest of Europe since the last ice age.

Only a handful of other countries have no snakes, including Iceland, Greenland and New Zealand, as well as the frozen continent Antarctica.