The claims against the Mr Kelvin have hit the company’s share price, which was significantly down on Monday in the wake of the weekend revelations.

The company’s share price hit a three-year low as it emerged its working practices are to be the subject of an investigation.

The London-listed stock was down just over 15 per cent in trading on Monday in the wake of the disclosures about Mr Kelvin.

At 8am they began 1883p and after a brief rally at around 10am continued their slump before trading at 1551p at just before 4pm.

He has also been accused of asking young female staff to "sit on his knee, cuddle him, or let him massage their ears".

The petition, addressing broader allegations of harassment within Ted Baker, says more than "200 Ted Baker staff are breaking the silence", and speaking out about "50 recorded incidents of harassment".

More than 1,800 people have signed an online petition urging change inside the fashion group, as there’s a “feeling there’s no way to address the issue of harassment”.

Scores of current and former staff are understood to have gone to employee campaigning platform Organise with complaints about Kelvin's alleged behaviour, reports The Observer.

Their petition calls upon Ted Baker’s board of directors to take action. 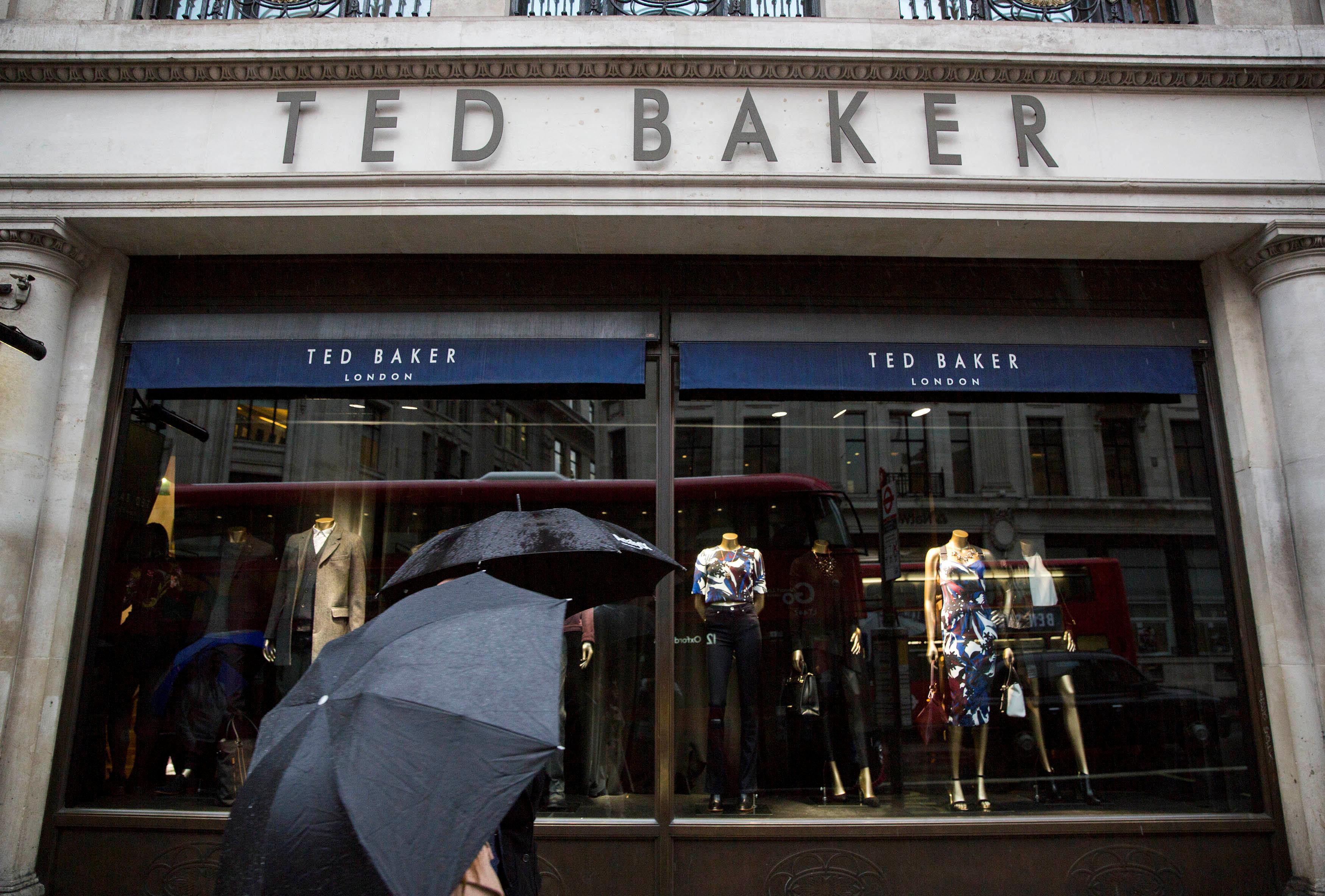 “Put an end to the awkward ‘hugging’ policy. It’s inappropriate and is part of a culture that allows harassment to go unchallenged.

“Please set up a way of reporting harassment to an independent, external body – HR has done nothing with the reports of harassment. It’s time to break the silence.”

Those behind the petition explain that it’s important changes are made because “there’s no official way to address the issue of harassment.

“There are a lot of really positive things about working at Ted Baker but they’re often overshadowed by this underlying awkwardness about the ‘hugging’ and inappropriate comments.”

The petition on Organise also shows an allegation from a Ted Baker employee which states: “I’ve seen the CEO ask young female members of staff to sit on his knee, cuddle him or let him massage their ears.”

In a statement the company denied that hugging was "not insisted upon" but promised to investigate the claims.

The firm said in a statement: "Ray greets many people he meets with a hug, be it a shareholder, investor, supplier, partner, customer or colleague.

"Hugs have become part of Ted Baker's culture, but are absolutely not insisted upon."