It’s one of the fastest growing sports in the world enjoyed by David Beckham, Andy Murray and Lionel Messi, but there’s a chance you haven’t heard of it… so what is padel tennis?

It’s one of the world’s fastest-growing sports, but there’s a chance you haven’t heard of padel… yet. So what is it?

Tennis with walls, essentially. It’s played on an enclosed court about three-quarters of the size of a normal tennis court.

The main twist is that you can play the ball off the glass walls, as in squash – so there’s no such thing as ‘out’. That leads to long, fast rallies.

It’s played as a doubles game, using solid, string-less bats and you serve underarm. Scoring is the same as tennis.

When was it invented?

In 1969, by Mexican businessman Enrique Corcuera, who wanted a tennis court at his Acapulco home, but didn’t have the space – and was worried about losing the ball into his neighbour’s garden.

His wife Viviana, a former Miss Argentina, helped put together the rules, based on a 1920s pastime played on British cruise ships. 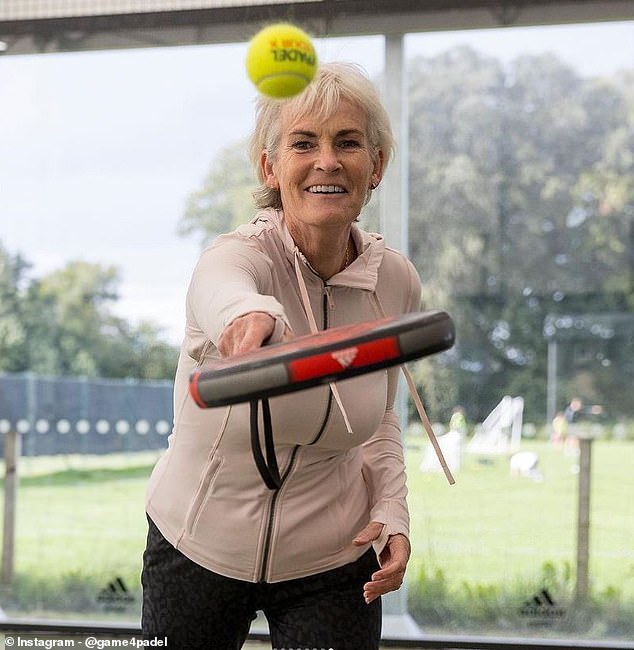 Judy Murray (pictured) is a backer of padel tennis, while her son Sir Andy has backed Game4Padel, a firm that builds courts for the sport

How popular is it?

It has 18 million players worldwide – about a third of them in Spain. Because it’s easy to master, the sport is expanding fast, with the number of clubs across Europe tripling in five years.

Padel was recognised by the International Olympic Committee in 2019, was officially designated a discipline of tennis in Britain in 2020, and will be played at the European Games in Poland next year, its first appearance in a major multi-sport event.

In the UK, there are 150 courts at 66 venues, supporting about 90,000 active players. Snobs may once have complained it was a ‘dumbed-down’ version of tennis – the sport’s equivalent of crazy golf – but the well-heeled (such as the Chipping Norton Set) are installing courts in their homes.

Even Royal hangout The Hurlingham Club has four padel courts in its West London grounds.

It’s especially popular with footballers including Mo Salah, David Beckham, who played while living in Miami, and Lionel Messi, who has a court at his Barcelona home.

Sir Andy Murray has backed Game4Padel, a firm that builds courts, while his mum Judy, above, calls the sport ‘sociable and fun’.