KYLE Larson made headlines last year when he was suspended from NASCAR for using a racial slur.

His comeback in 2021 ended with his first NASCAR Cup Series Championship title. 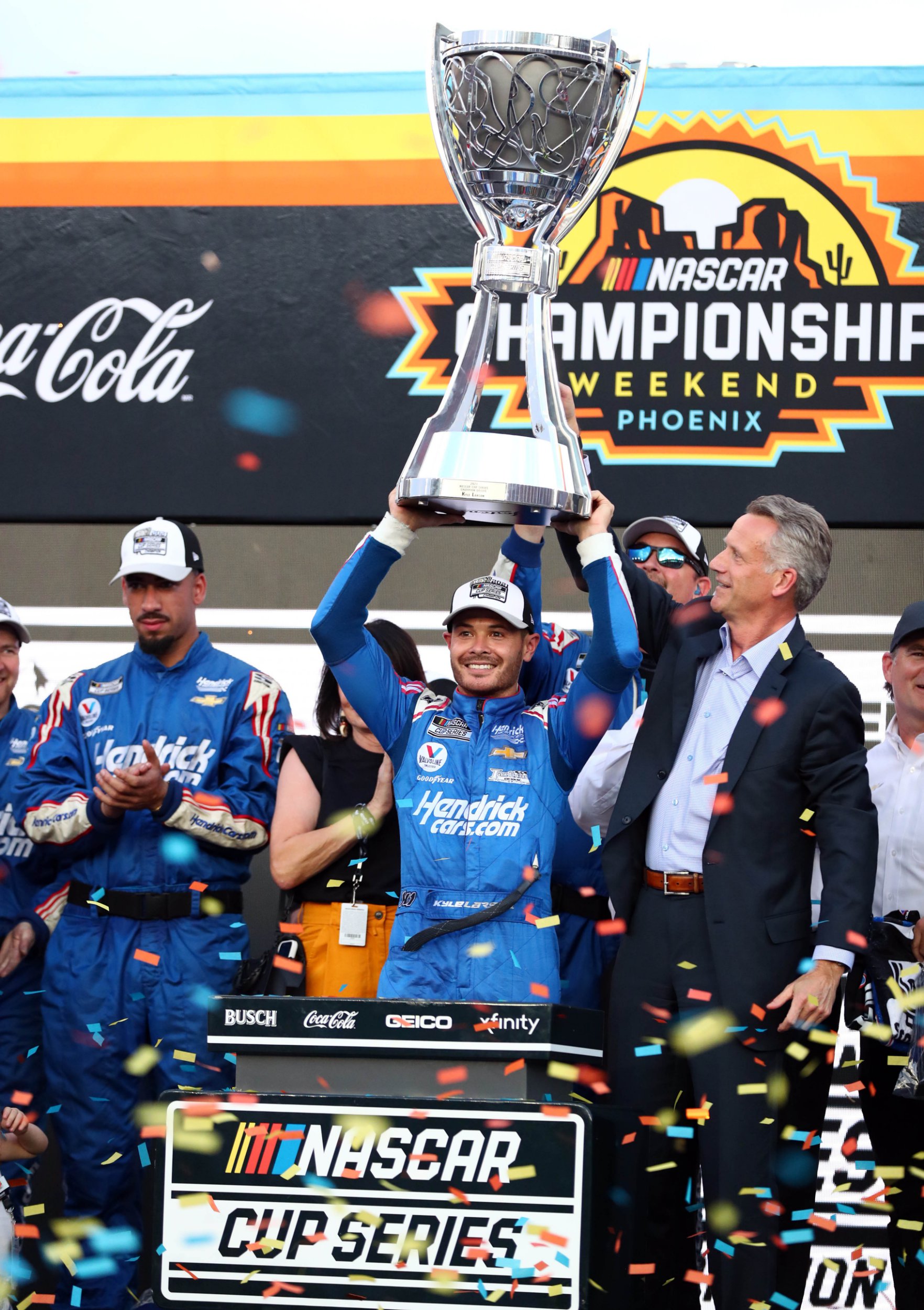 What is Kyle Larson's net worth?

According to Celebrity Net Worth, Kyle Larson has an estimated net worth of around $12million.

He is reportedly one of the highest paid NASCAR drivers in the world.

In 2017, Larson referred to himself as "cheap", and insisted he prefers flying coach as opposed to private.

“I think commercial is better. The team plane, you have to stop for fuel. No WiFi. Commercial’s not bad," he reportedly said.

Well-known NASCAR drivers make massive amounts of money, with their sponsorships and endorsements adding to their fortune.

In 2020, Kyle Larson lost his sponsorship deals with McDonald's and Credit One Bank and was fired by his team at the time, Chip Ganassi Racing.

He was signed in 2021 by Hendrick Motorsports.

The event was held at Phoenix Raceway in Arizona.

After a speedy final pit stop, Larson managed to stay in front of fellow racer Martin Truex Jr. and secure the title.

Truex Jr. finished in a close second, and held the lead for much of the race.

"There were so many points in this race where I did not think that we were gonna win. And without my pit crew on that last stop, we would not be standing right here," Larson said of his win.

"Every single person, men and women, at Hendrick Motorsports — this win is for all of us and every one of you. This is unbelievable. I'm speechless," he added.

Larson finished off his season with ten wins. 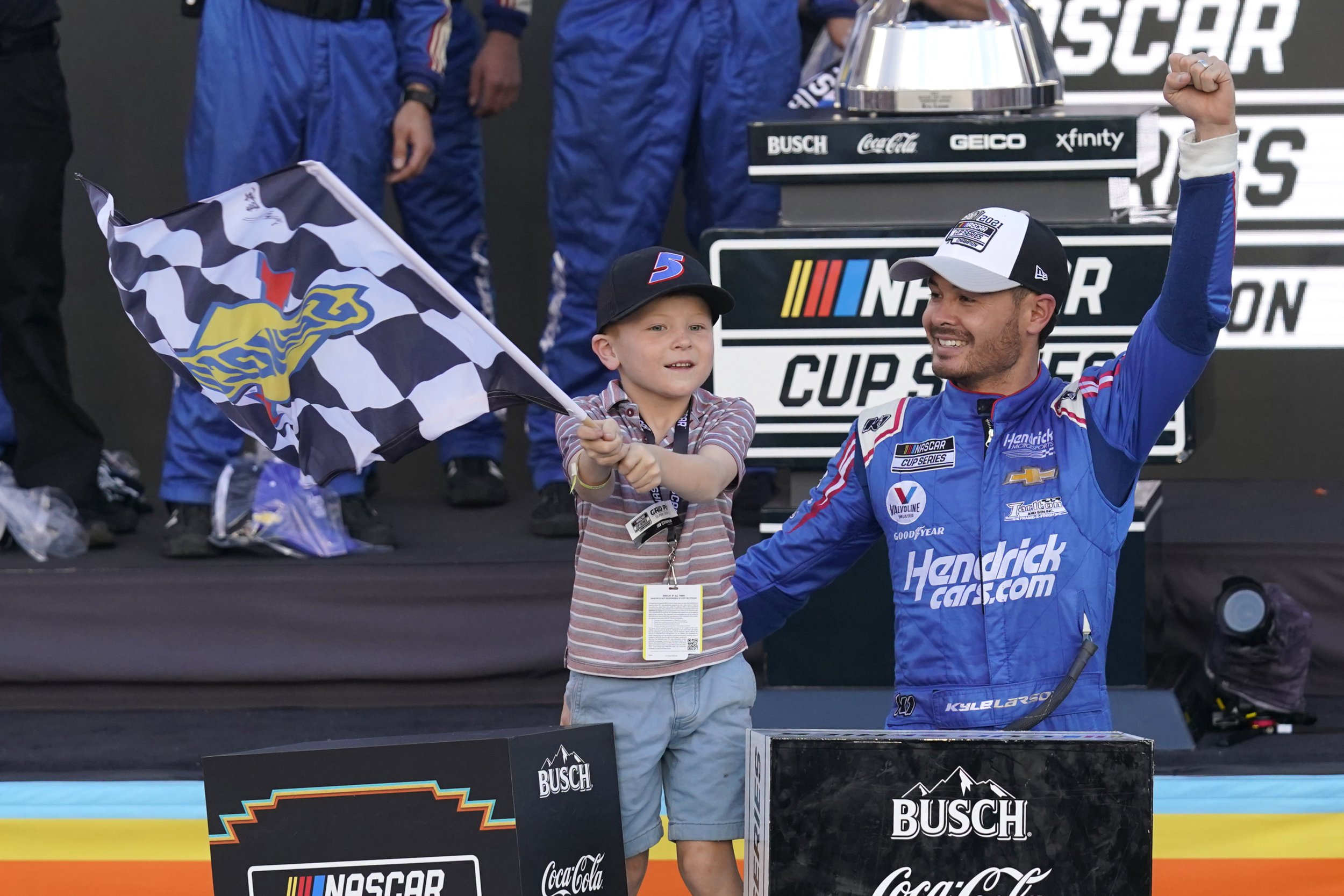 Reports reveal the couple dated for several years before tying the knot.

Kyle and Katelyn share two children together, Owen and Audrey.

Katelyn reportedly is a marathon runner and former equestrian.

Her brother, Brad Sweet, is also a race car driver.

How tall is Kyle Larson?