But happened to him and why did he die? 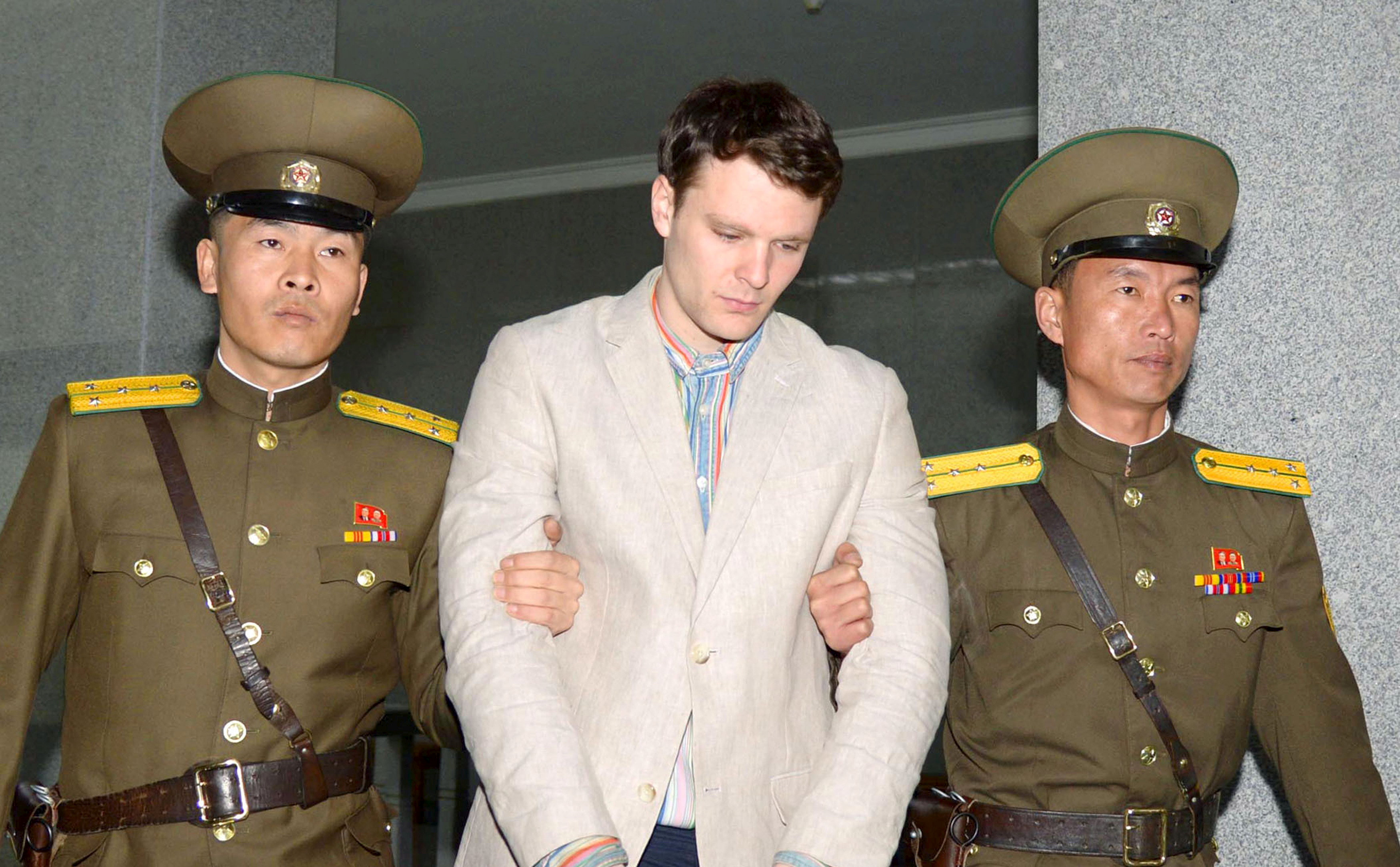 What happened to Otto Warmbier?

Otto Warmbier was a student at the University of Virginia when he visited North Korea's capital Pyongyang on his way to Hong Kong where he was going to study.

But local cops accused him of committing a hostile act against the country by stealing a propaganda poster from his hotel.

After appearing in a televised show trial he gave a tearful press conference where he confessed and begged for forgiveness.

But his pleas fell on deaf ears and he was sentenced to 15 years of hard labour in March 2016 -causing headlines around the world.

How did he die?

Otto Warmbier was unexpectedly released by Kim Jong-un's rogue state in June 2017, but was returned home in a coma and died a short while later.

Doctors described his condition as a state of "unresponsive wakefulness" and said he suffered a "severe neurological injury" of unknown cause.

North Korea has always claimed the young American fell into a coma after contracting botulism and taking a sleeping pill.

But his devastated dad Fred, from Ohio, said Otto was constantly “terrorised and brutalised” during his detention.

He told how his son came home blind, deaf, howling and jerking violently on the aircraft on the way home to the States.

Doctors speculated that the cause of death may have been a blood clot pneumonia, kidney failure or sepsis.

But his cause of death was never discovered because his family did not want an autopsy to be performed.