A COUPLE were left shocked after being ripped off at a Christmas market.

In a video posted to TikTok, Aleasha Turner shared the eye-watering amount her and her fiancé spent on fudge. 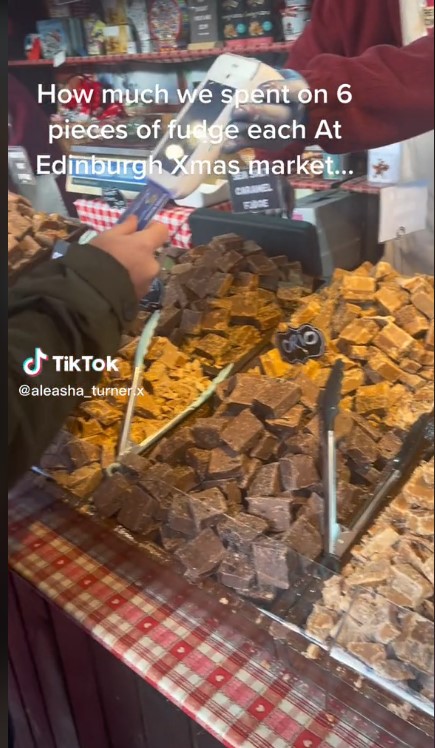 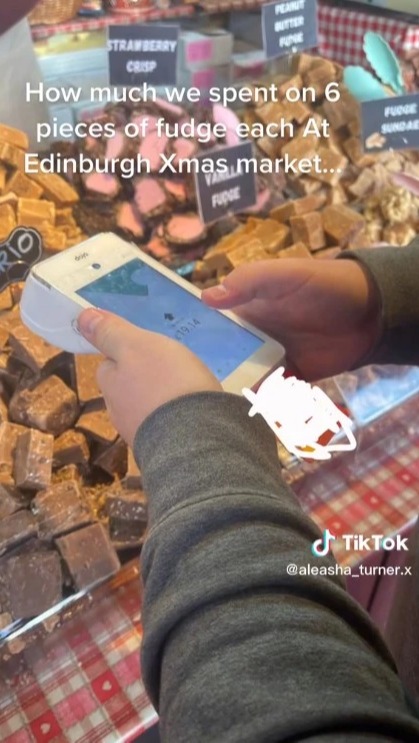 The pair visited Edinburgh Christmas market this week, where they were charged £19.14 for six pieces.

Aleasha said in the video: "[This is] how much we spent on six pieces of fudge each at Edinburgh Xmas market."

Buying a bag each, their total spend came to nearly £40 for just 12 small cubes.

One user in the comments said: "These Christmas markets are just having a joke [and] taking advantage!"

Another slammed the market saying: "That's an absolute joke it's so easy and cheap to make as well."

Meanwhile someone else said: "We paid nearly £9.50 on four pieces of fudge in Cardiff Wonderland.

It comes after one mum from Wales hit out at their market after spending £47 on two bags of sweets.

However customers were left feeling jolly after visiting Durham's market.

Despite being a three-hour train from London, it's prices may be worth the trip.