The prostitute realised the timing of the call only after police contacted her in the weeks following the brutal murder of the 33-year-old.

The call was made on the same day that the former Metropolitan Police officer took his wife and two children on a ‘family day out’ to the woodland where he had tried to destroy Miss Everard’s body.

He even allowed his children to play near the pond where he had dumped her remains.

Couzens, 48, who was known to use prostitutes, started messaging the escort in February, while he was planning the rape and kidnap of a woman – with Miss Everard becoming his eventual victim.

The escort, 34, a mother from Kent who asked not to be named, said: ‘The police told me that the man I had been messaging was the man who kidnapped and murdered Sarah. They wanted to see if I was OK.

‘It’s scary – I keep thinking, “That could’ve been me”. It’s shocking how much of a lucky escape I’ve actually had. It was hard at first to get my head around the fact my daughter could’ve ended up without a mum.’

Couzens – nicknamed ‘the rapist’ by colleagues – was sentenced to a whole life term at the Old Bailey last month.

The court heard that the diplomatic protection officer had contacted a woman with the username ‘escourtbabygirl’ – which she has now deleted – on an escort website in February.

The Mail tracked down the woman, who did not know Couzens’s identity at the time of their phone contact. 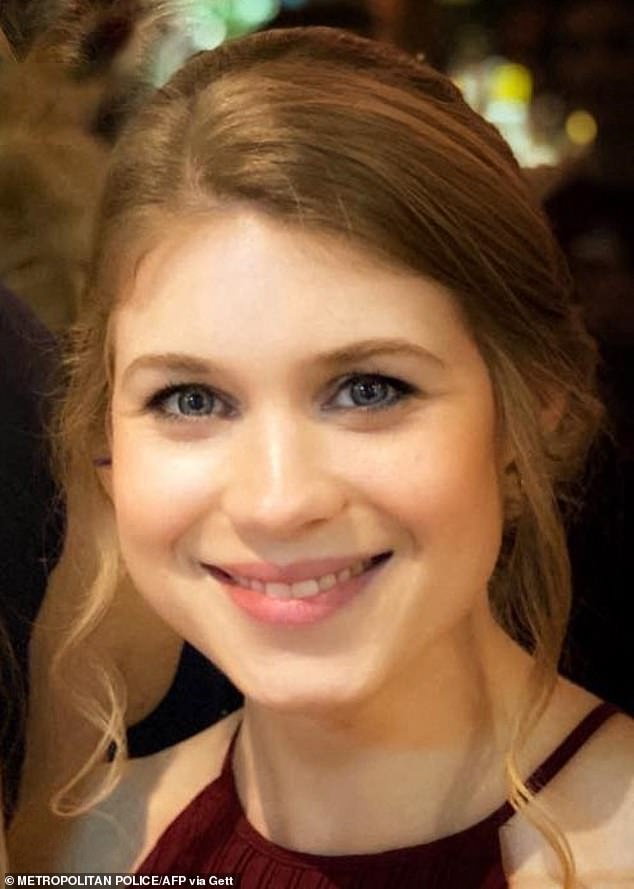 Her profile had a series of graphic naked photos and a list of services, including sex for £80 an hour, spanking, domination and role play in uniforms. Several other acts were not suitable to print in a family newspaper.

The married woman, whose husband is aware of her work, said she initially missed Couzens’s call and did not reply to him to say she was available until the next week. She sent him her mobile number but did not hear back from him or meet him.

The call girl told how she was ‘alarmed and scared’ when police called her, about a week after Miss Everard’s body was found on March 10 in an area of woodland Couzens owned near Ashford, Kent. ‘The detectives said they wanted to meet about Sarah Everard and I said I didn’t know her but they were really persistent so I met them in Dover with my husband,’ the escort said.

‘They said, “The bloke you’ve been speaking to is the bloke who took Sarah”. They wanted to know if I’d met him. They explained to me he was a police officer and that he’d kidnapped this girl and they told me not to tell anyone because of the ongoing investigation. They asked how I felt about it and wanted to make sure I was OK.’

What the woman found most shocking was when detectives examined her phone and revealed that Couzens had called her four days after he raped and strangled Miss Everard to death with his police belt on March 3.

Couzens had tricked Miss Everard, a marketing executive, into getting into a hire car in Clapham, south London, using his police warrant card and handcuffs.

He is believed to have burned her body in the days after killing her and before visiting the plot with his family.

The police also told the escort that Couzens had been using the website for two years, arranging to meet women in both London and Kent, and asked her if she knew any women who had had sexual encounters with him. 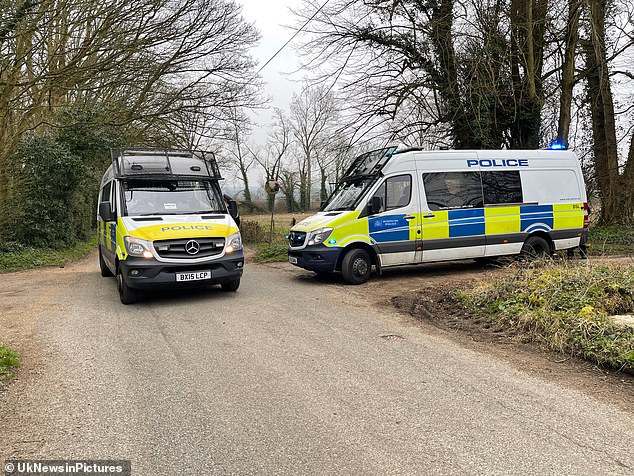 Couzens, 48, who was known to use prostitutes, started messaging the escort in February, while he was planning the rape and kidnap of a woman – with Miss Everard becoming his eventual victim. Pictured: Police officers scour Hoads wood

She said: ‘I didn’t know that he had phoned me until the police told me. They gave me his mobile number and I realised that I had a missed call from him.

‘I had even texted the number back two days later to see who it was but there was no reply. It seems he had been arrested by that point.

‘It’s so sick that he called me four days after the murder and on a family day out. It’s like he kept getting pleasure from going back to the scene of the crime, but to take your kids there, it’s sick.

‘He breached his power as a police officer to kidnap a woman. You’re meant to be able to trust the police, but I’m now careful where male officers are concerned. Unless it’s a cop car, I wouldn’t get in.

‘I’m just glad that nothing went any further with him. Especially the fact that he contacted me before the murder as well.