“Systemic issues” with the NSW government’s consultation process with Aboriginal people was a major reason why the Murray-Darling Basin Authority did not recommend the federal government accredit a water resource plan for the Lachlan River catchment, new emails have revealed.

The revelations are the latest in a series of examples about how the NSW government works with Aboriginal people following news that the Health Minister still hadn’t met with the state’s peak Indigenous health body to discuss the pandemic, and ongoing controversy surrounding the threat to cultural sites by a proposal to raise the Warragamba Dam wall. 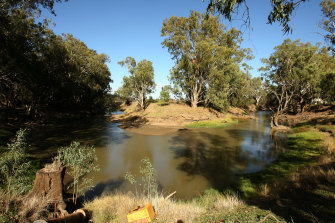 The Lachlan River outside Condobolin.Credit:Anthony Johnson

Water resource plans (WRP) are designed by the state government to provide a clear set of rules for how water in certain catchments is managed, and they must be accredited by the federal Minister for Water.

According to emails from the Murray-Darling Basin Authority to the state Department of Planning, Industry and Environment (DPIE) last year, and obtained by the NSW Greens, a report by a prominent Aboriginal water group argued the state government had failed to meet any of its Commonwealth legislative requirements regarding Indigenous use and values in making its Lachlan Surface Water WRP.

“This meant that, in the Lachlan catchment, consultation with four of the five First Nations occurred after public exhibition of the draft WRP,” a letter from MLDRIN to the Basin Authority said.

MLDRIN also said that the outcome of discussions with the Barkandji Nation was completely absent from the plan, and the Department had also failed to properly seek the views of relevant Traditional Owners.

“Participants and MLDRIN see that the criticisms and issues raised in the assessment of this criterion (and, in fact, all five MDBA Assessment Criteria) reflect systematic issues with the NSW Government’s approach to First Nations consultation and the way it was planned and implemented, rather than any lack of commitment, effort, or goodwill on the part of NSW Department of Planning, Industry and Environment (DPIE) staff,” MLDRIN’s report said.

In November, the basin authority’s chief executive Phillip Glyde wrote to NSW Water Minister Melinda Pavey explaining that he would not be advising the federal government to support the Lachlan surface water WRP for a multitude of reasons, including concerns over the Indigenous consultation process. 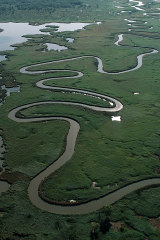 The end of the Lachlan River, near Oxley.Credit:Rick Stevens.

“… the Authority is unable to confirm that the proposed WRP identifies the objectives on Indigenous people and the outcomes desired, and this requirement has not been met,” the report read.

“The NSW government clearly has an issue with consulting with Aboriginal people … what we’ve got here are legislative requirements to consult."

“DPIE Water provided $300,000 in 2019-20 and a further $300,000 in 2020-21 to support the employment of local Aboriginal people on water management, water quality and other significant areas,” said a spokeswoman for the Water Minister.

It’s the second example in just a week of a state government failure to properly engage with Aboriginal groups across the state, after NSW’s peak Indigenous medical body revealed it had not met with the Health Minister since the pandemic began 18 months ago.

In a statement, NSW Health said: “Prior to the recent outbreak, the Chief Health Officer participated directly in a number of meetings between NSW Health and the AH&RMC and ACCHOS.”

Dr Malouf also revealed that 5000 frontline health workers in his sector were left out of the government’s vaccination mandate, and an urgent amendment to the health order now had to be worked through.

“What we’re seeing from this particular government is that it’s very lacking in engagement, particularly listening to the voices of Aboriginal people,” he said. 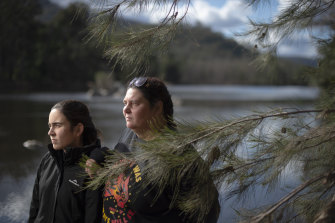 Gundungurra Traditional Owners Kazan Brown (right) and her daughter Taylor Clarke, on land that will be inundated by floodwaters if the Warragamba Dam Wall is raised.Credit:Wolter Peeters

The proposal would see the wall raised by 14 metres to protect communities downstream from flooding. However, critics have opposed the destruction it would cause to Indigenous cultural sites in the Burragorang Valley and the effect it would have on the UNESCO world heritage listed Blue Mountains.

A briefing note to the Aboriginal Affairs Minister Don Harwin, leaked to the Herald earlier this year, revealed that Heritage NSW had blasted the state government for its inadequate consultation process with traditional owners.

“It’s not consultation. I don’t know what you’d call it, but I wouldn’t call it consultation. They tell us what they are going to do and then they ignore us,” Ms Brown said.

In July, the Herald reported the government was considering hiring security guards and request police attend public consultation sessions for the proposal later this year, and also wanted to set up a “time-out” room for people who were too emotional or unruly.

“There’s a lot of issues between Indigenous people and police and I think it’s going to put people off going to these sessions … we’re not kindergarten kids, there shouldn’t be a time-out room,” Ms Brown argued.

When asked if he conceded his government needed to improve the way it works with Aboriginal people, a spokeswoman for Mr Harwin said: “Aboriginal Affairs supports NSW Government agencies to engage and partner with Aboriginal communities and organisations across the state.”

“We work with many local communities and organisations across the state to focus the delivery of services to meet the needs and aspirations of local Aboriginal communities.”