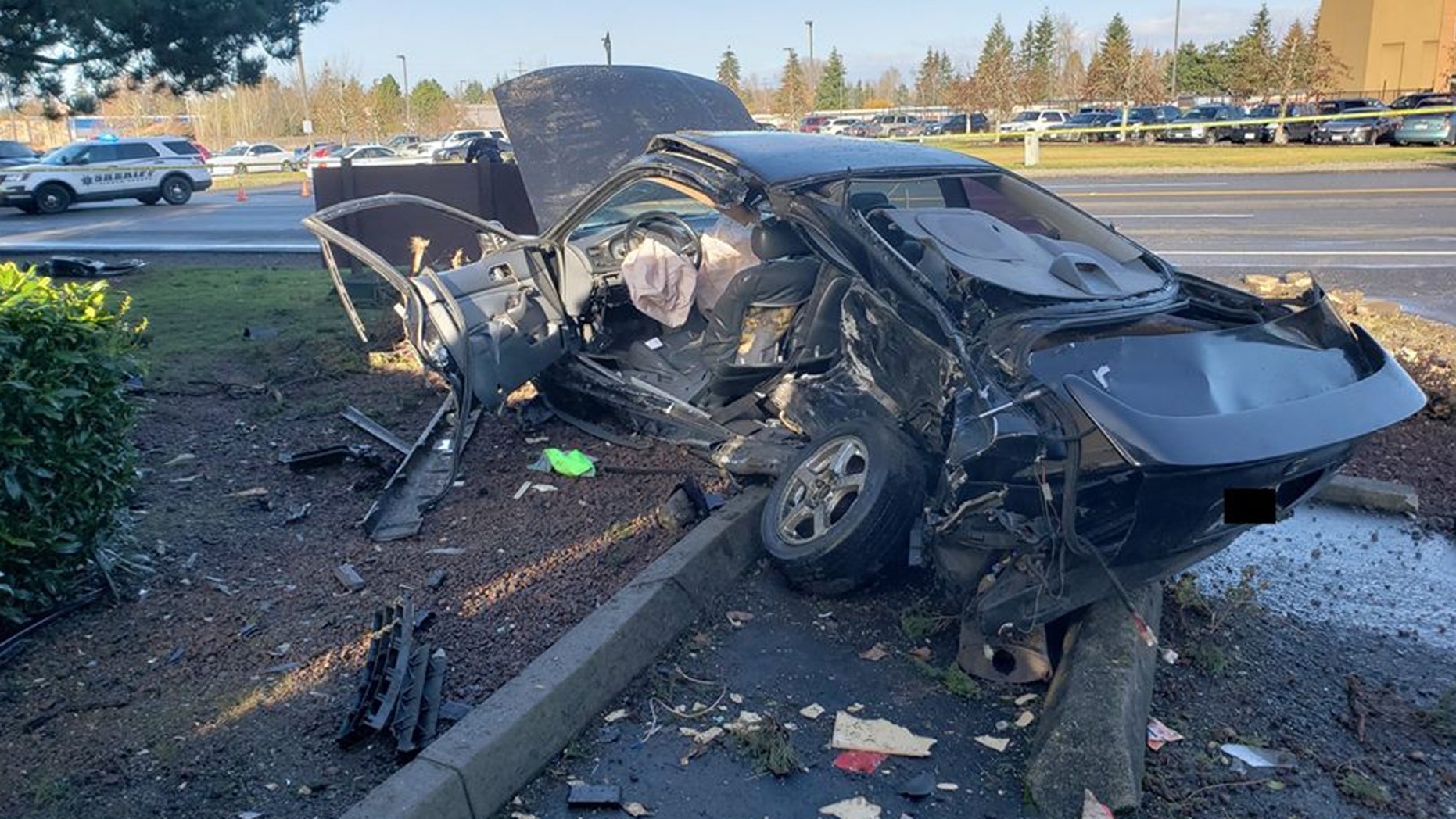 A woman in Washington state was critically injured after her ex-boyfriend t-bone’d her car at over 50 mph on Sunday, according to police.
(Pierce County Sheriff’s Department)

A Washington state woman was critically injured Sunday when her ex-boyfriend smashed into her car at over 50 mph, trapping them both inside their vehicles as responders raced to the scene, officials said.

The incident happened in the town of Parkland at about 9:40 a.m., after the 34-year-old woman was spotted by the man, who was not identified because he hasn't been formally charged, the Pierce County Sheriff's Department said in a news release 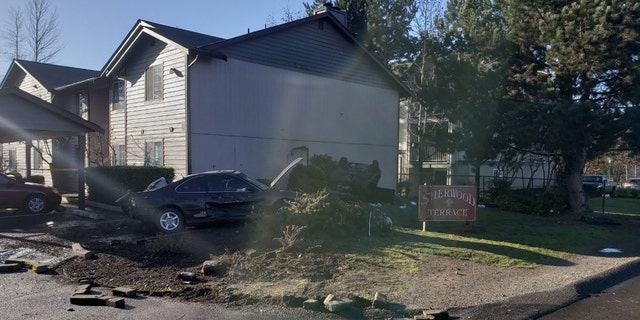 The sheriff’s office said the duo had previously been in a relationship and the woman had recently obtained a restraining order against the 37-year-old man. A sheriff's department official told Q13 News the incident was a case of domestic violence.

The man and woman were still trapped in their vehicles when first responders arrived.

"Both vehicles had significant damage and the occupants had to be extricated by firefighters," the sheriff's office said. 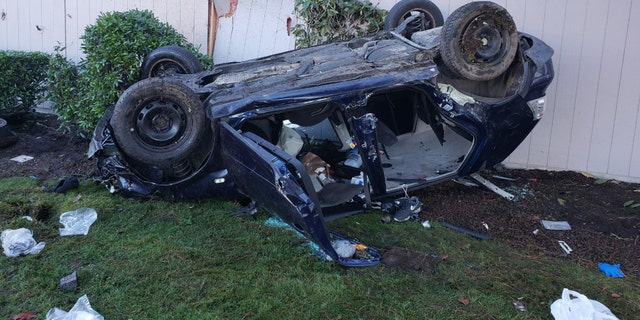 The violent crash left both vehicles mangled, and the man and woman needed to be rescued by first responders.
(Pierce County Sheriff’s Department)

The two were transported to nearby hospitals with life-threatening injuries.

The man is being held without bail.