For the first three quarters of Sunday's game against the Tampa Bay Buccaneers, the Atlanta Falcons did nothing. Literally, nothing.

Tampa Bay had a 21-0 lead that, given the way Atlanta was floundering, looked insurmountable.

And then the Falcons started surmounting. Atlanta scored twice in the fourth quarter, then took the bold-but-analytically-defensible step of going for two after scoring the second touchdown. The move succeeded, leaving Atlanta down six with 4:38 remaining. One stop, and Atlanta could drive down the field, score a touchdown and kick an extra point for the win. (Emphasis on "could.")

With just over three minutes remaining and Tampa Bay facing third-and-4 at midfield, defensive end Grady Jarrett looped around the right side of the line, came in low, and vacuumed up Tom Brady for what appeared to be a 10-yard loss. The Bucs would punt, the Falcons would get the ball back and Atlanta would have at least an opportunity to win, right?

Not so fast. Brady complained to the refs, and a flag flew, and just like that, the Bucs had a fresh set of downs. How exactly Jarrett's tackle constituted "roughing the passer" was left to the audience's imagination — imagination that would have to be highly creative to make sense of that call.

This is absolutely the worst roughing the passer call I’ve seen in a long long time. Absolute joke to screw over the Falcons like this just to baby Brady. These refs should be suspended pic.twitter.com/PZsolvLAw4

And here's the up-close version:

refs called this roughing the passer on 3rd down and i genuinely do not know what Grady Jarrett could have done differently pic.twitter.com/VX6i0UpJiL

For most of the century-plus-long history of football, Jarrett's maneuver was known by the technical term of "a tackle." Brady didn't get whipped to the ground and his head didn't make contact with the turf. If Jarrett had let him go any earlier, Brady wouldn't have been down. It's tough to imagine what Jarrett could have done any differently, and yet he still got popped with a game-sealing flag.

Quarterbacks need protection, without a doubt. And the NFL is paying close attention to any tackle that could cause a Tua Tagovailoa-esque concussion. But Jarrett's tackle was so textbook it would be on sale for $200 at a university bookstore. If the NFL's going to protect quarterbacks to this extent, it might as well go all the way and call them down with a safe, gentle two-hand touch. 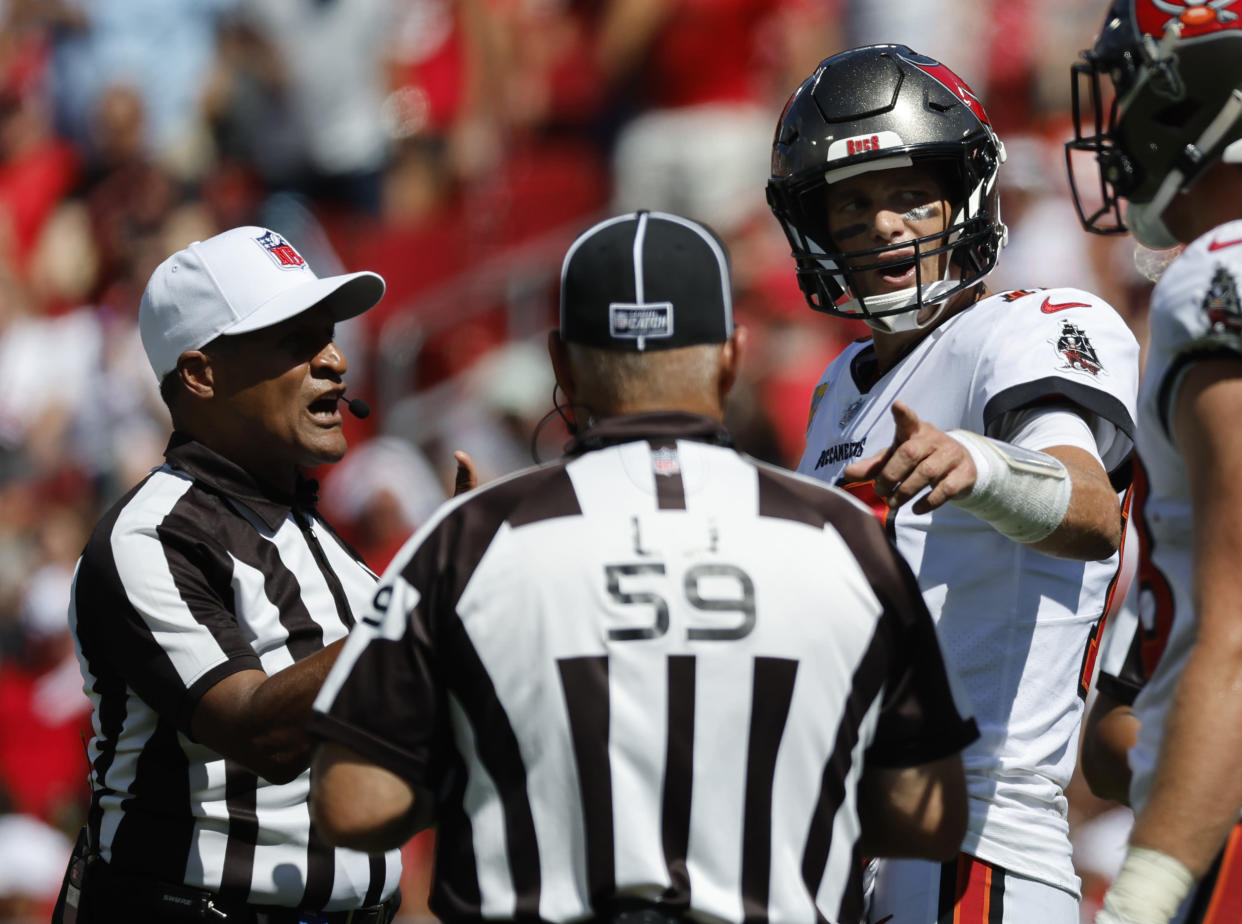