Ten Afghan students, some of whom are travelling for the first time, participate in an international debating event. 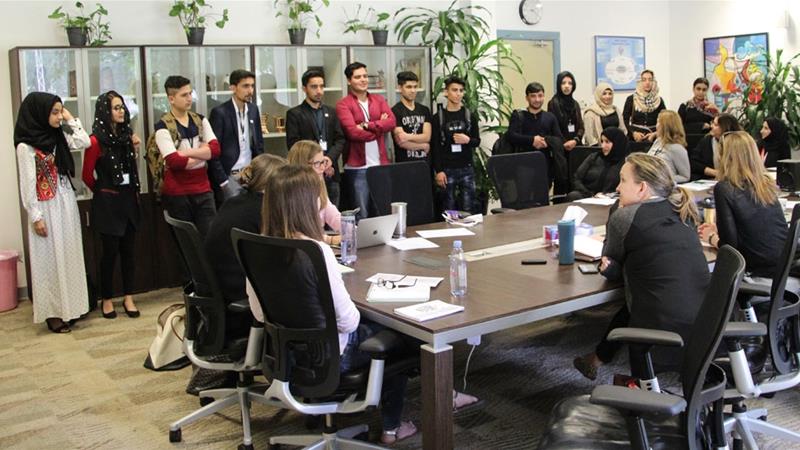 Doha, Qatar – Siar Khan Khankhail sat on a plane and travelled outside of his country for the first time on Sunday.

The 19-year-old from Afghanistan’s Nangarhar province was selected as a delegate to attend a global conference in Doha.

But when Khankhail reached the Qatari capital, all thoughts turned to Nesar, his brother.

Nesar used to sell used metal, steel and rubber from his wheelbarrow in Quetta, the Pakistani city in Balochistan.

When his father lost his job, he became the 10-member family’s sole breadwinner. 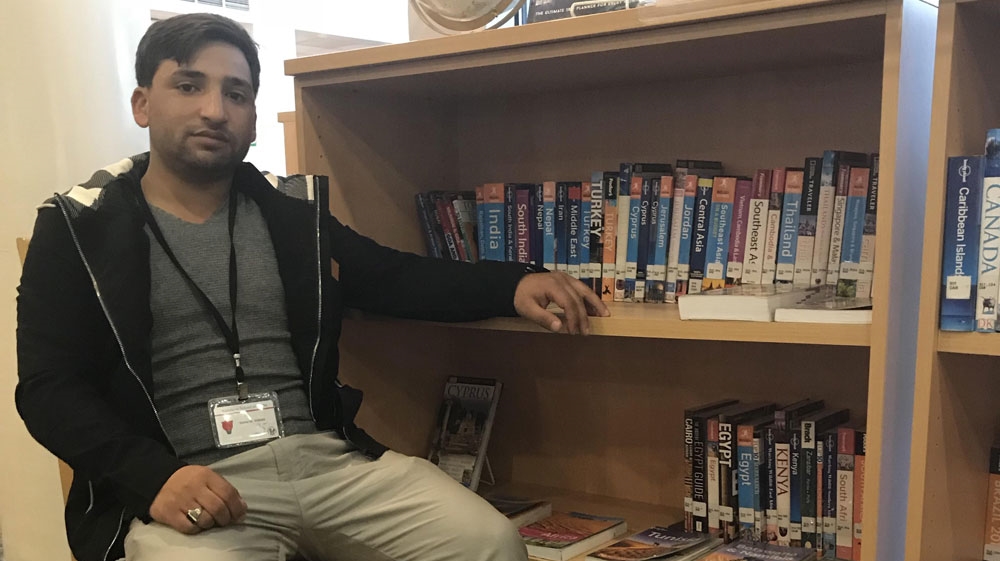 Nesar made sure Siar and his other siblings went to school. They lived in Quetta from 2007 until 2011 as refugees and when Siar’s father found a job in Afghanistan, they returned.

“I grew up looking at my brother and how he tirelessly worked and earned to provide us with an education. He is my inspiration, which is why I now want to help the Afghan youth to build this country because ongoing war and conflict has destroyed it,” Khankhail tells Al Jazeera.

By educating young people and raising awareness about women’s and children’s rights in Afghanistan, positive change will follow, he says.

“If I am here today, it is because of my brother. All thanks to him.”

Khankhail is one of the 12 Afghans – six boys and six girls – participating in a Model United Nations (MUN) event, bringing together students from Asia, Europe, Africa and the Middle East in an effort to discuss and solve some of the world’s greatest challenges.

Hope for Education and Leadership in Afghanistan (HELA), a non-profit organisation, selected and trained the Afghan cohort.

“We want to give hope to them. I know that our Afghan youth is very competent in every field, but they lack opportunities in this country because of the war,” says Rahmatullah Hamdard, a 22-year-old HELA cofounder.

“We always make an effort to explain to young Afghan girls and boys that we are not less than anyone in the world, and that if anyone treats us less, we should know that we are worth much more.” 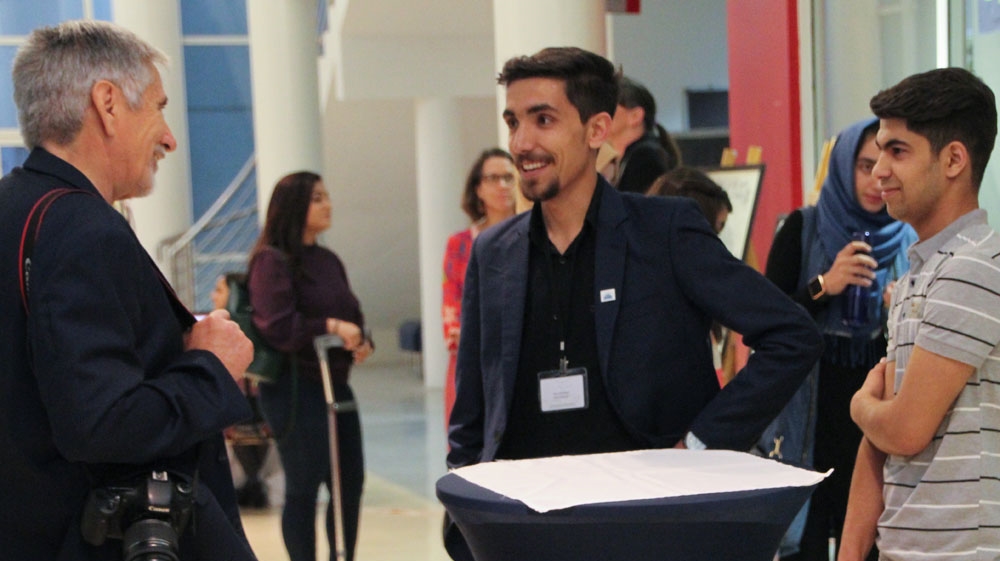 Budget concerns have added to the group’s challenges; the Saudi-led blockade against Doha, for instance, had tripled flight prices, making the recent journey almost impossible.

“Their biggest challenge was and is adequate funding,” says Lisa Martin, who runs the event. “HELA has limped along on small donations for a couple of years, but their commitment to student-run, gender-parity programmes has never wavered.

“In the the midst of challenging circumstances and the security threats that they lived with daily, I kept hearing words like ‘excited’ and phrases such as ‘this is really great’ and ‘I love doing this!’ I thought, if young people in this environment can feel excited and hopeful about their future, then MUN must be an even more powerful tool than I realised.

The American School of Doha (ASD) has raised $19,500 for the students.

“We started organising student-led workshops and conferences and contacted corporations, airlines, parent-groups and private donors in hopes of raising sufficient funds,” says Nada, an ASD student, adding that the money raised would be used to help Afghan students attend the same conference next year.

Neil, president of ASD’s MUN club, says helping HELA is an opportunity to assume his role as an activist rather than passively advocating for empowerment through debate and discussion.

“I understood the capacity of the HELA members to create change, so I felt it was my chance of being part of something really big. It’s everything we as MUN club advocate for,” Neil said. “They will be the future leaders of Afghanistan.” 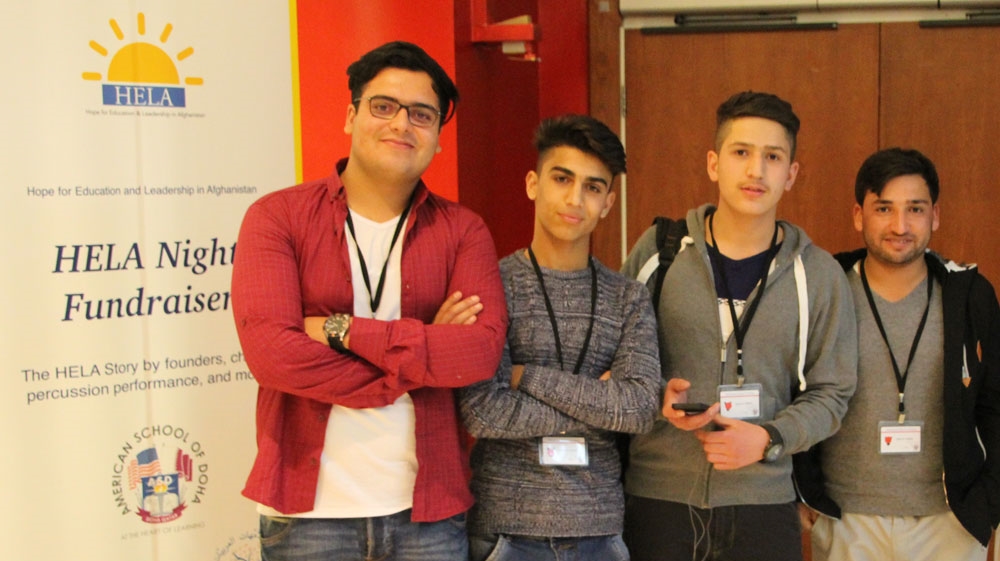 In the local Afghan language, Pashto, “hela” means “hope” – something Hamdard believes that the young people of Afghanistan need in abundance.

“We are going to fight the war through empowering the youth,” he says. “We will do bigger things in life and reach our goal to make sure young Afghans dream big and of a better future. We want them to have hope in the country.”

As Khankhail prepared for the debates and discussions ahead, he again remembers his brother’s hard work and the difficulties his family have faced.