The Washington Post published an article this week that cited research accusing The Discovery Channel’s annual Shark Week of ‘overwhelmingly’ featuring white men as shark experts compared to other demographics.

The study was led by Lisa Whitenack, a biology professor, who grew up loving sharks but seeing very few people who looked like her talking about them on TV. 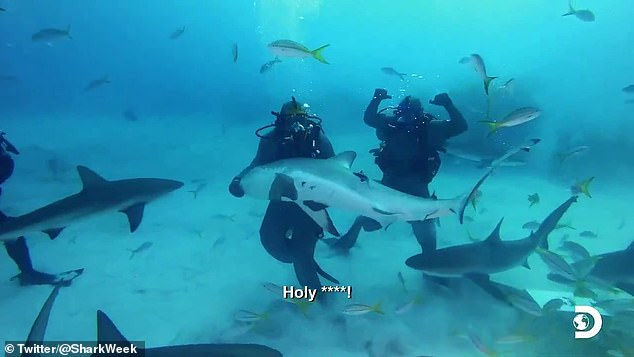 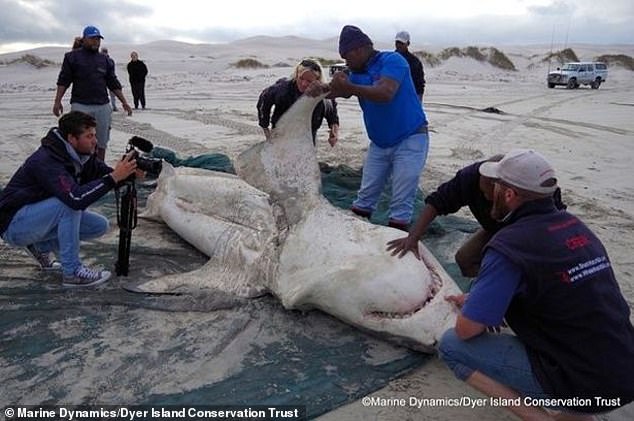 Mostly male experts inspect a 12-foot Great White shark that washed up on a South African shore in 2019. It had had its liver ripped out by a Killer Whale 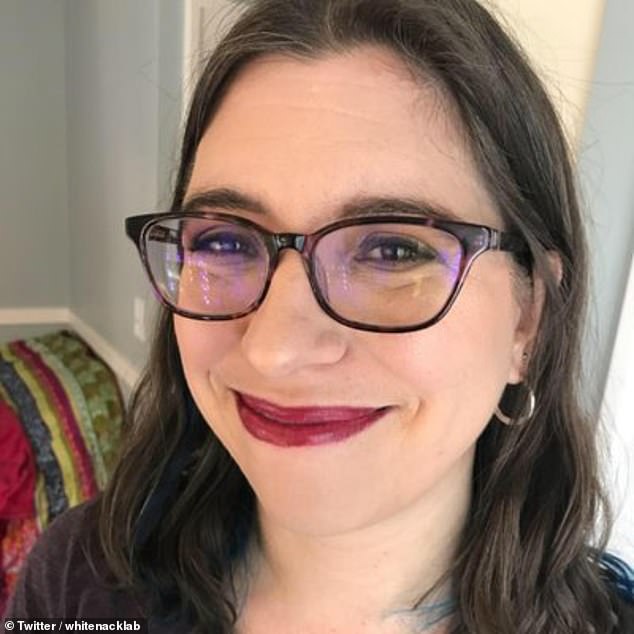 She said that because women were underrepresented in shark documentaries, she was unaware that she could become a shark researcher.

‘Why would I know I could do that?’

‘I don’t come from a family of scientists. I didn’t see very many people that looked like me on television,’ she said.

Whitenack used the pandemic as an opportunity to study whether Shark Week was ‘feeding audiences the wrong messages about sharks – and who studies them.’

The research team watched Shark Week programming dating back to the late 90s and discovered that it ’emphasized negative messages about sharks, lacked useful messaging about shark conservation, and overwhelmingly featured white men as experts – including several with the same name.’

David Shiffman, a conservationist member of the team, said the program, which dates back 34 years, ‘featured more White experts and commentators named ‘Mike’ than women.’

‘When there are hundreds of people of color interested who work in this field, [and] when my field is more than half women, maybe it’s not an accident anymore that they’re only featuring White men,’ he said.

She wrote in a 2020 Scientific American piece that ”Shark Week’ further concentrates power (in the form of publicity and media attention) in the hands of white male ‘featured scientists,’ exacerbating academic power imbalances.’ 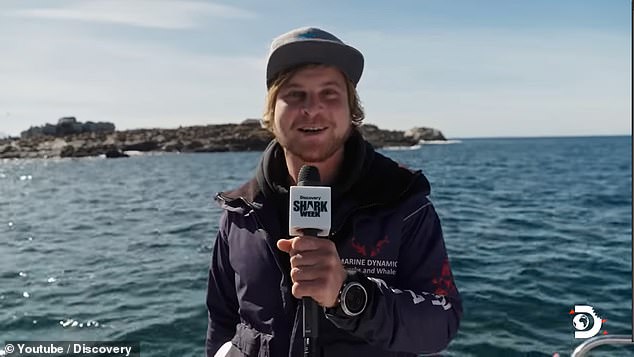 Carlee Bohannon is also featured in the article. She is the co-founder of Minorities in Shark Sciences and someone actively working to amend the unbalanced demographic trend lines of who is featured in shark programming.

‘Diversity in people brings diversity in thought, which ultimately brings innovation,’ she said. ‘Being able to see someone who looks like you in this field really has an impact.’

In response – direct or indirect – to Discovery’s apparent lack of diversity among shark expert voices, National Geographic inked a partnership with Minorities in Shark Sciences that allowed members of the organization to compete in the network’s competing SharkFest.

During the 2022 SharkFest, seven scientists of color from the group appeared on the TV event.