Less than 48 hours after Russian forces invaded Ukraine in February, Ukrainian President Volodymyr Zelensky said he knew he had made it to the top of the enemy’s hit list.

For the Russians, he told Ukrainians in an early-morning address, he was “Target Number 1.” 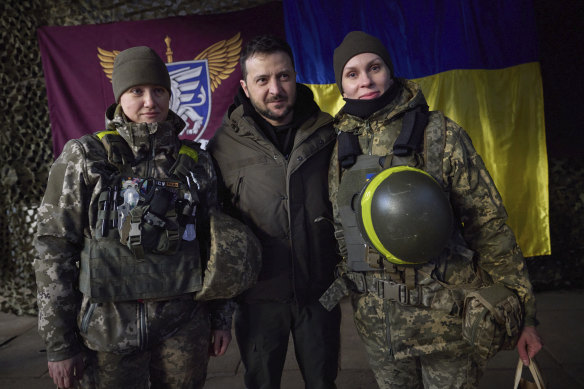 Months later, Zelensky, 44, has climbed to the top of another list: Time’s Person of the Year for 2022.

“Zelensky really galvanised the world in a way we haven’t seen in decades,” Edward Felsenthal, Time’s editor-in-chief, said on Wednesday (US time) of the wartime leader – whom he also referred to as the “spirit of Ukraine” – on NBC’s Today show.

That a leader with no previous military experience chose to remain in the country as war erupted speaks volumes about his character, Time reporter Simon Shuster wrote in a profile of Zelensky.

“Zelensky’s success as a wartime leader has relied on the fact that courage is contagious,” Shuster wrote. “It spread through Ukraine’s political leadership in the first days of the invasion, as everyone realised the president had stuck around.”

He added: “There wasn’t much in Zelensky’s biography to predict his willingness to stand and fight. He had never served in the military or shown much interest in its affairs. He had only been president since April 2019. His professional instincts derived from a lifetime as an actor on the stage, a specialist in improv comedy, and a producer in the movie business.”

The former comedian, television personality and actor, who once played Ukraine’s president on a TV show, has drawn widespread praise from Ukrainians and world leaders as he steers Kyiv through one of the deadlier conflicts in the last 200 years. Zelensky graduated from Kyiv National Economic University in 2000 with a law degree. He was elected as Kyiv’s leader in 2019.

Time has chosen a Person of the Year since 1927. The magazine grants the title, which isn’t necessarily an award, to the person or group it deems the most influential in the past 12 months. The distinction was originally called Man of the Year.

President Joe Biden and Vice President Kamala Harris received the nod in 2020, and Elon Musk, chief executive of Tesla and SpaceX, received the title in 2021.