The past few weeks, there's a common scene for New England Patriots games.

Mac Jones will turn to the sideline, or teammates, and gesture wildly to display his frustration. It's pretty much what Aaron Rodgers has been doing all season, but Rodgers has four MVPs and a Super Bowl ring.

Jones hasn't done nearly that much, and his act seems to be growing old.

Make your jokes about "how would you react if Matt Patricia was your offensive coordinator?" but people are noticing that Jones' histrionics. Former Patriots defensive tackle Vince Wilfork, one of the greatest players and leaders in franchise history, is turned off by the behavior.

"I'm tired of it, honestly," Wilfork told NBC Sports Boston. "I'm tired of it. You're a leader of this team, you're a quarterback. You can't be frustrated every single week, every single play. I don't care if you're getting the play-call in late or whatever it may be, at the end of the day you have to show some poise. You operate the ship. You're the head of the ship and when you're out there, you've got teammates looking at you every week, every play, and every other play is this, that or the other. Hey, control what you can control.

"I'm tired of that. You're the leader of this team… you can't be frustrated every single week"@wilfork75 tells @TomGilesNBCS he doesn't want to see Mac Jones' frustrations on the field anymore pic.twitter.com/ekPTCwulkT

It's becoming a story in New England. Jones was asked about it when he met with the media this week.

"I'm going to show emotion and be passionate about this game, because I love this game," Jones said, via Mike Reiss of ESPN. "I know my teammates respect that about me."

Jones said it was about a "sense of urgency" and "trying to do everything right." He acknowledged he can play better as well. Patricia said earlier this month that he and Jones are passionate and "you love to see that stuff," so maybe it's all being overblown by the body language police. Football is a game of emotion. Quarterbacks are supposed to be leaders, not wallflowers. Sideline arguments are often much less of a big deal than they're made out to be.

Still, Jones' displeasure over various things in the offense can be off-putting. Especially when he has more interceptions (eight) than touchdowns (seven) this season.

Maybe the Patriots will go on a winning streak and Jones' outbursts will be brushed aside or even seen as a reason the offense turns around. Until then, others might not take too kindly to it. 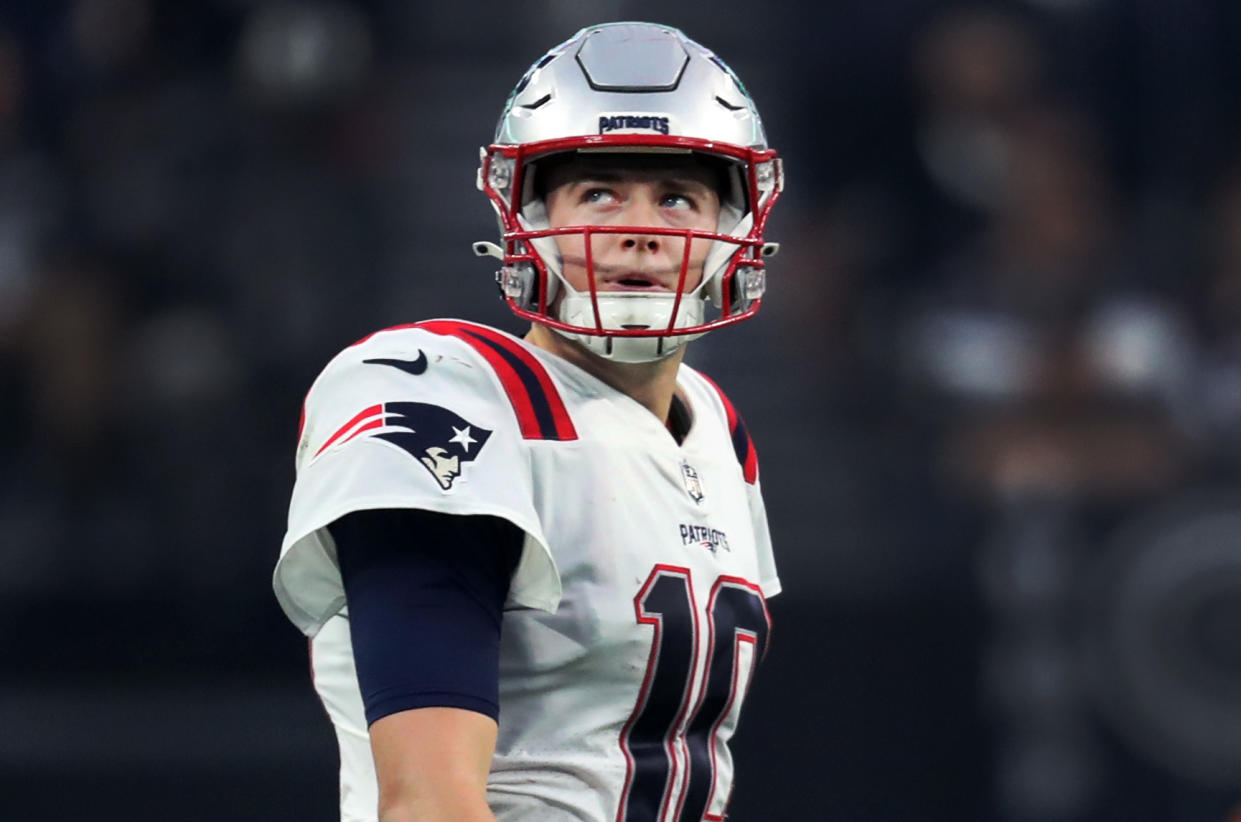