Turtle wipeout! Turtles are tipped back into the water every time they climb aboard a floating log in hilarious video

This is the moment two turtles struggled to stay on top of a log as it spun around in the pond of a New Jersey zoo.

Gary Giles, 69, saw the reptiles in a pond at Turtle Back Zoo in West Orange, New Jersey, and he couldn’t help but film their ‘daily struggle’.

Footage shows one turtle emerge from the water gripping the rotating log, but as he shuffles inches forward to reach the top, the log spins and throws him over the other side. 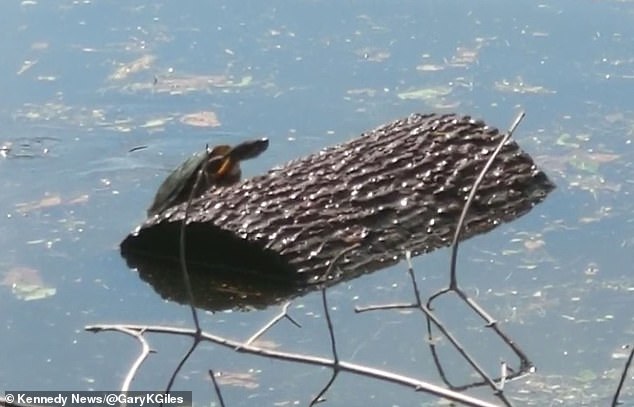 Gary Giles, 69, saw the reptiles in a pond at Turtle Back Zoo in West Orange, New Jersey, and he couldn’t help but film their ‘daily struggle’ 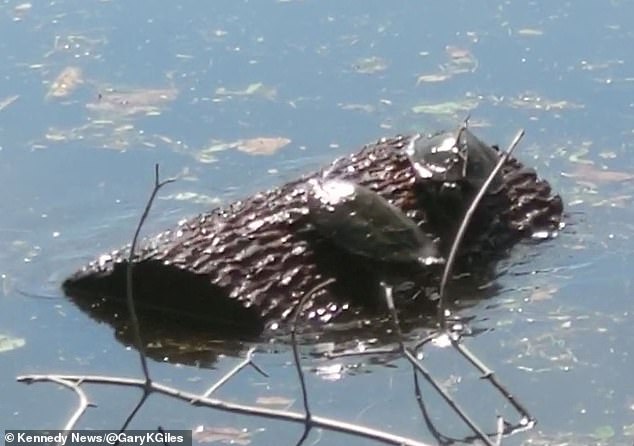 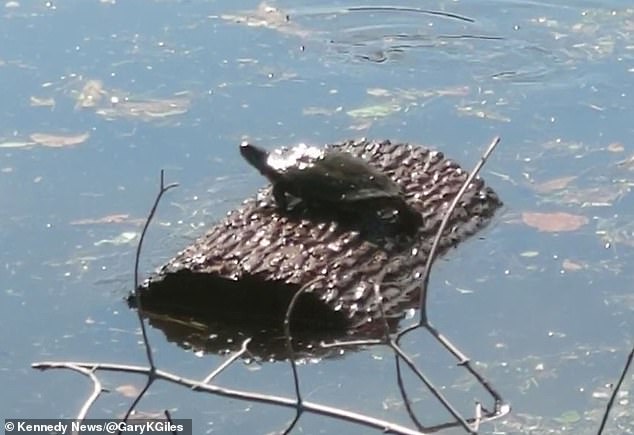 He said despite constantly falling into the water, the turtles keep attempting to climb on the log

The second turtle then swims over and climbs onto the log before the other one returns to help – but once again they reach the balancing point and tip over back into the water.

The retired social care worker even added a voiceover spoken from the reptiles’ point of view, describing their adventure.

He posted the footage on TikTok last month and since then it has been viewed more than 4.3 million times. 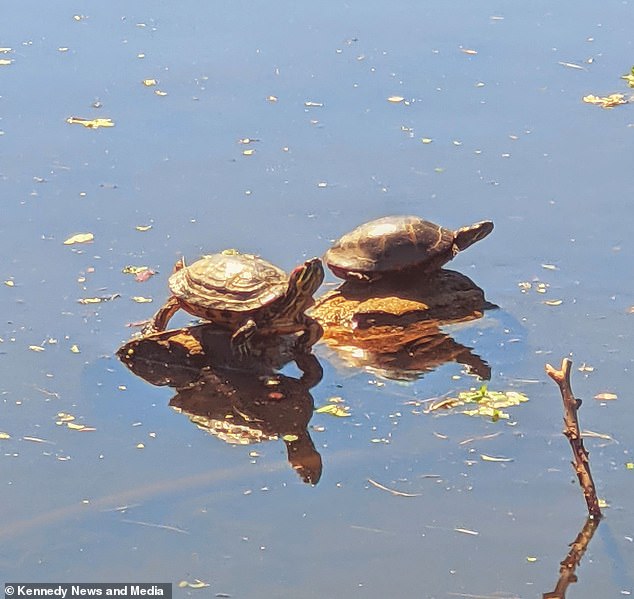 Mr Giles, from Newark, New Jersey said: ‘It became a struggle because of the balance of it. It’s like a Titanic “king of the world” moment gone wrong.

‘Everybody has their struggles. People, turtles, and this was their daily struggle. It wasn’t working out for them, and I don’t know if they got on or not in the end.

‘They try to get on top of logs and rocks to sun themselves because they’re cold blooded but this particular log wasn’t cooperating.

‘I didn’t feel sorry for them because that’s their struggle. They don’t give up, they’re resilient and they’ve probably done the same thing for aeons and they’ll continue to.

‘Some days you’ll stand there and they’ll get on top, but some days they won’t – but every day they try. I like watching them.

‘When you retire you have more time to look at things and see things differently. I love watching all nature.

‘I added the voice over just to make it interesting and to highlight that struggle.’

Mr Giles and his wife Christine, 69, walk the two miles to the zoo every day.

He said he has been shocked that almost 500,000 people have liked his video since it was posted on the internet.