At least 50 homes were damaged when the terrifying twister collided with buildings in Huludao city, in China’s northeastern province of Liaoning, on August 25.

Footage filmed by a resident from inside their flat shows the air column rapidly gaining strength as it spiralled closer, sweeping debris up into the air. 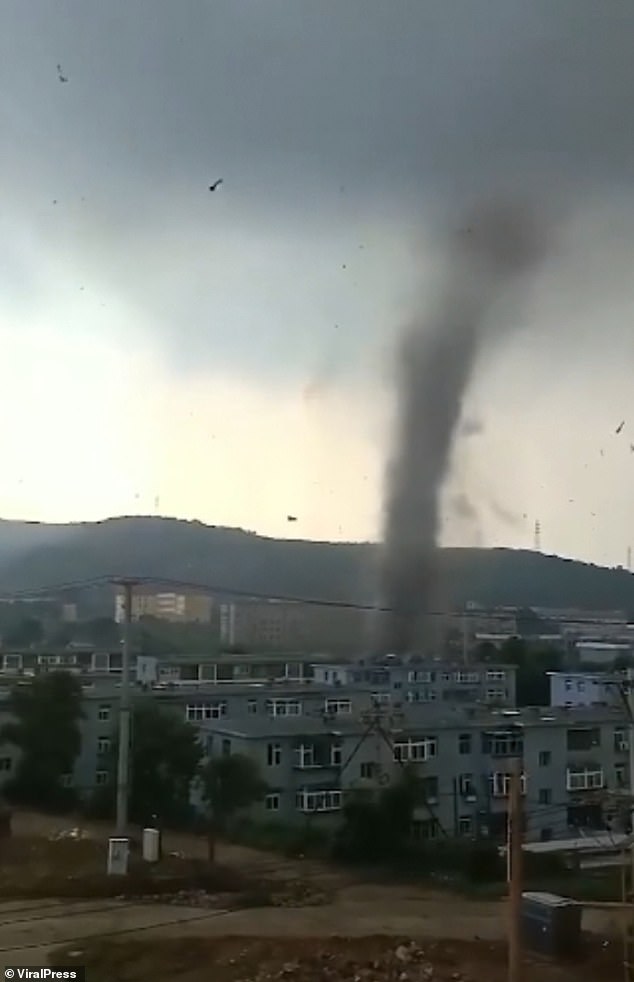 The tornado damaged 50 homes in Huludao city in China’s northeastern province of Liaoning, as well as ripping out trees. One person was taken to hospital for treatment following the storm 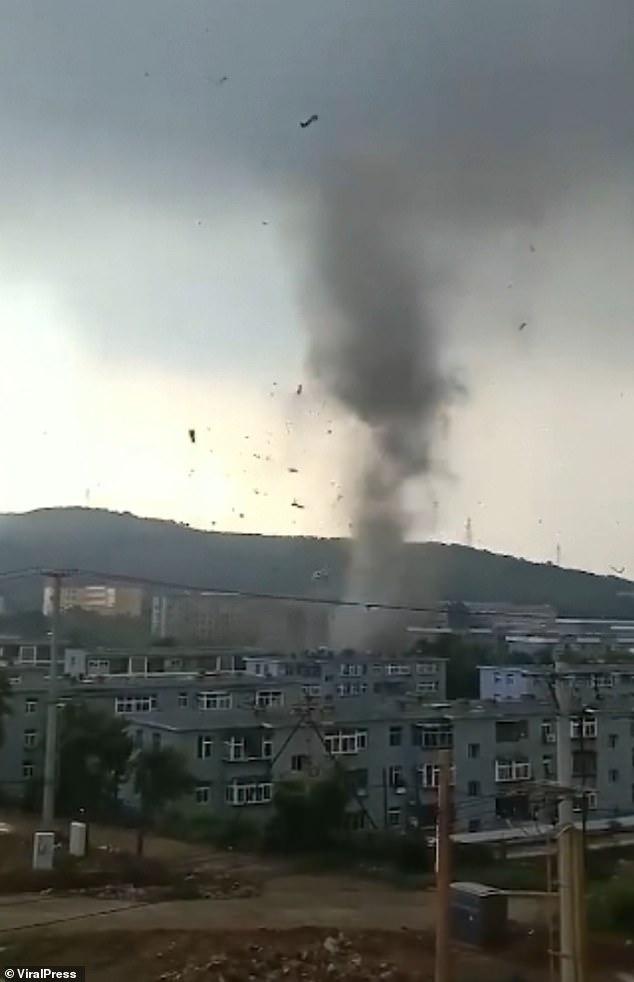 Despite only lasting for a minute, the tornado caused significant damage to homes hit by its powerful winds 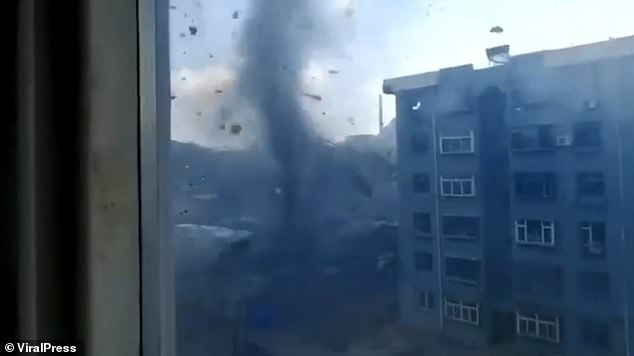 One resident filmed the storm approaching the window of his flat 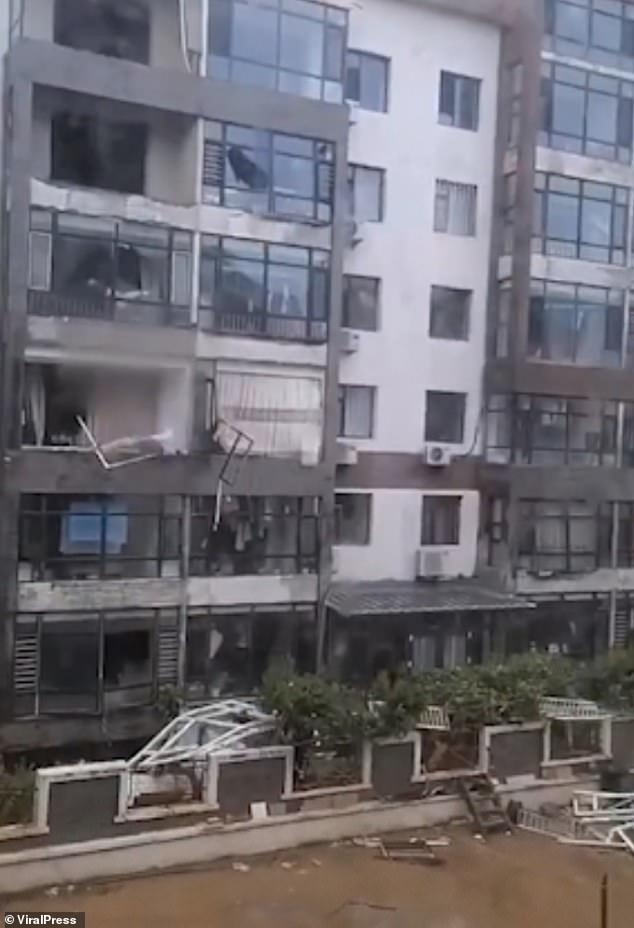 The tornado lasted for about a minute but damaged more than 50 houses, uprooted trees, and knocked over street lights.

One person was injured and was sent to the hospital for treatment.

Tornados are powerful rotating columns of air extending from a thunderstorm to the ground.

They form when warm air rises through colder air, which can create spinning updrafts when winds move in different speeds and directions.

A tornado is a narrow, rapidly spinning column of air around an intense low pressure centre that reaches the ground from cumulonimbus clouds, also known as thunderstorm clouds, according to the Met Office.

Tornadoes have a narrow width, usually up to 100 metres (328 feet) but the damage can be concentrated and severe.

As they develop, funnel shaped clouds extend from the base of the cloud and when these reach the ground, a tornado is formed. 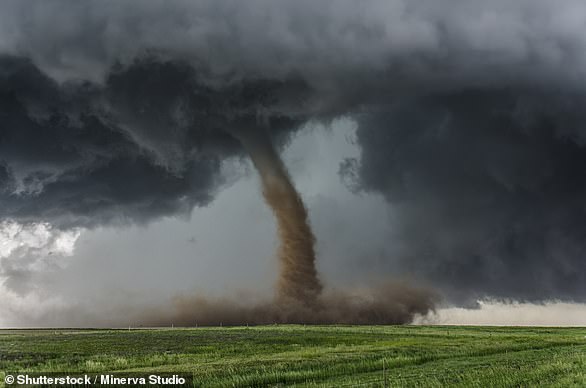 A tornado is a narrow, rapidly spinning column of air around an intense low pressure centre that reaches the ground from cumulonimbus clouds, also known as thunderstorm clouds, according to the Met Office. Pictured, a tornado over a field

Tornadoes can have wind speeds up to 483 kilometres per hour (300 miles per hour) and when they touch the ground can destroy trees and buildings in their path, throwing heavy objects like cars though the air like a Frisbee.

The highest surface wind speed ever recorded of 486 kilometres per hour (302 miles per hour) is a result of the 1999 Oklahoma tornado outbreak.

The greatest distance travelled by a single tornado was 352 kilometres (219 miles) from Ellington, Missouri to Princeton, Indiana, on 18 March 1925.