The birdie paddle: Amazing video shows a bald eagle SWIMMING the breaststroke with its wings to shore in New Hampshire

Astonishing video has emerged of a bald eagle swimming effortlessly to a shore.

The footage shows a bald eagle appear to do the breaststroke with its wide wings as it swims in the water of Lake Winnipesaukee in Wolfeboro, New Hampshire.

The footage was taken by Laconia resident Tyler Blake on Monday morning.

‘Just to see how uncanny it is, for it to be, like, a human doing the breaststroke, it’s just amazing,’ Blake said to WMUR.

He said he was working at his construction job in Wolfeboro when he noticed something in the lake and was shocked to realize it was the magnificent bird swimming. 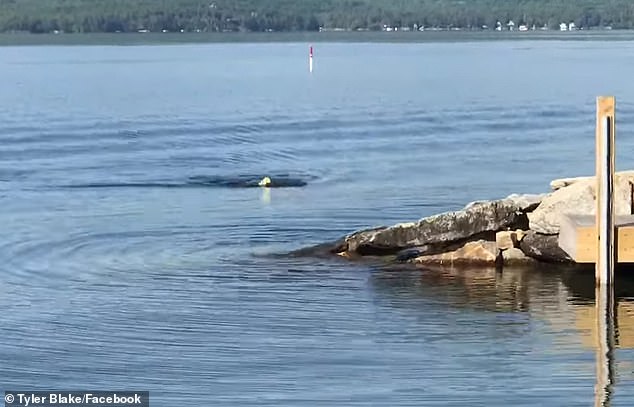 Astonishing video has emerged of a bald eagle swimming effortlessly to a shore in Lake Winnipesaukee in Wolfeboro, New Hampshire 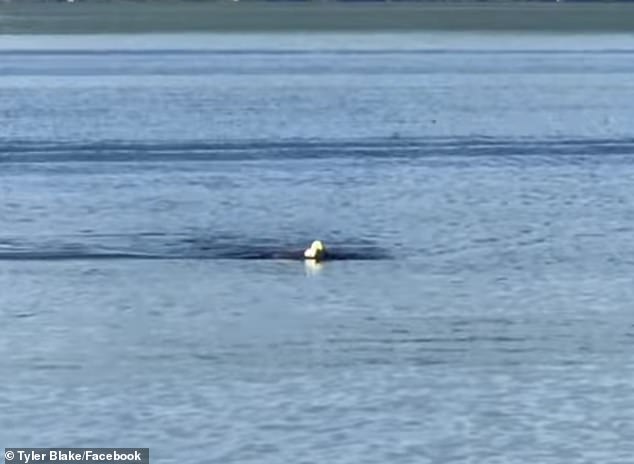 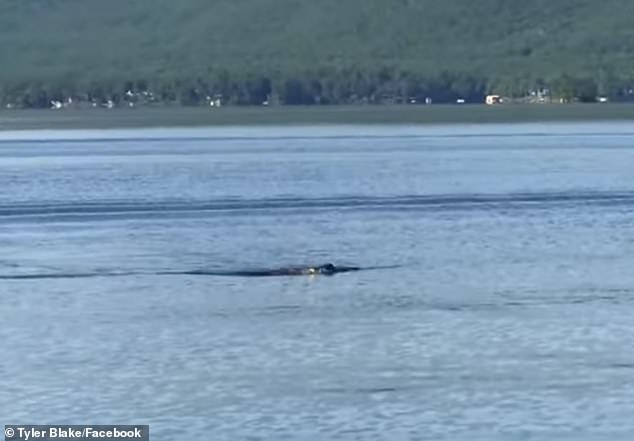 ‘I ran down to the docks and I saw an eagle flapping in the water,’ he said. ‘I’m, like, “Wow!”‘ Blake said on the incredible sight

While some thought the eagle may have been injured, Audubon biologist Chris Martin says the bird doesn’t appear to be harmed and was actually swimming on purpose, most likely with a large fish in its talons.

‘In fact, it was performing very well,’ Martin said. ‘Clearly, it’s wings are in good shape, and it’s hunting, probably for young in the nest right now and eating what it can, and then it will carry the rest back.’

Martin said bald eagle are known for swimming well while holding fish because they’re buoyant and can take as many breaks as needed.

‘If the swim is too far, they’ll actually stop in the water, pause with their wings out and rest, and then swim some more,’ he said.

‘The thought had never crossed my mind that an eagle would swim in the water like that, but now that I’ve been exposed to it, it makes sense,’ Blake added.

The bald eagle population is growing by about 10 percent per year in New Hampshire – a major jump for the bird that was once on the state’s threatened species list.

July 12, 2020, Comments Off on NHS workers offered FREE seven-night Ibiza holiday to thank them for hard work battling coronavirus
We and our partners use cookies on this site to improve our service, perform analytics, personalize advertising, measure advertising performance, and remember website preferences.Ok