Disaster-hit Indonesia could be at risk of more tsunamis and the lack of an early warning system leaves the already vulnerable country at the mercy of further danger.

The death toll has reached 222 with 843 injured and as emergency services scramble to help while people search for their families in the rubble, they are still in danger as Anak Krakatau continues to erupt.

Speaking at a news conference on the island of Java, National Disaster Management Agency spokesman Sutopo Purwo Nugroho warned that the risk of more tsunamis wasn’t over. 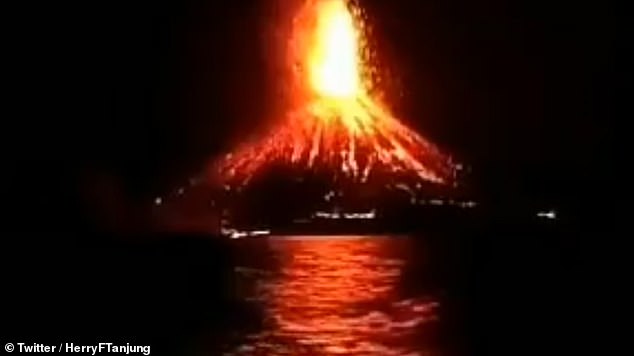 He said: ‘Recommendations from Meteorology, Climatology and Geophysical Agency (BMKG) are that people should not carry out activities on the beach and stay away from the coast for a while.

‘The potential for a fresh tsunami is still possible because the volcanic eruption of Anak Krakatau continues to occur, potentially triggering tsunami.’

The revelation is made all the more shocking considering the country’s devastation after the 2004 Indian Ocean earthquake occurred, killing 227,898. 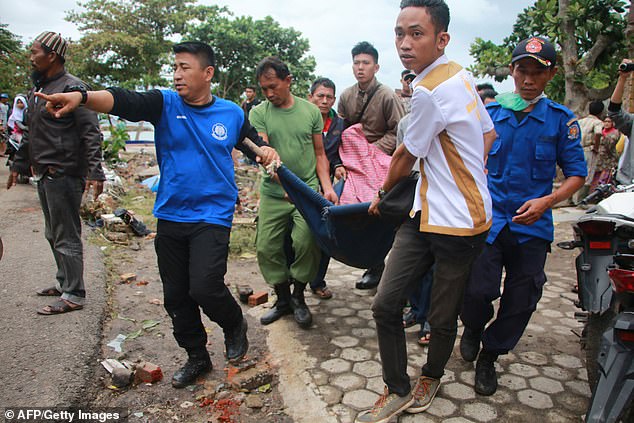 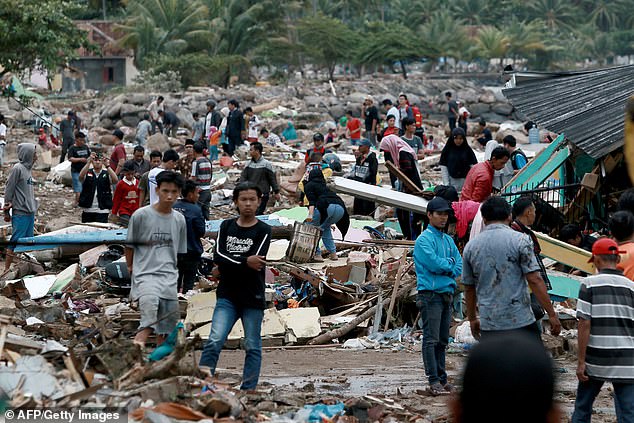 Today’s tsunami was triggered by volcanic activity but the government warned that the country did not have any early warning system for tsunamis not caused by earthquakes.

A government spokesman said the tsunami was likely to have been caused by an underwater landslide caused by volcanic activity of Mount Anak Krakatau, combined with an unusually high tidal wave because of the full moon. 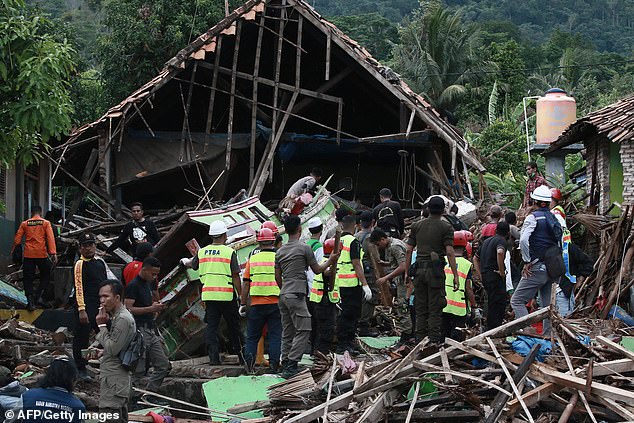 It is not known exactly why the sirens did sound but the BMKG [Meterology, Climatology and Geophysics Agency] say they did not issue the warning.

‘It is likely that a technical problem caused the sirens to sound on their own’, a spokesman said.