A vet has won a claim for unfair dismissal after she was fired by her Cambridge-educated boss because she challenged him over his claims that the Covid outbreak was ‘over hyped’.

Dr David White told colleagues at his practice in Hertfordshire that it was to ‘open as normal’ the day after Boris Johnson announced the first national lockdown in March 2020.

When staff, including Charlotte Rendina, objected to his response to the pandemic, the surgeon said they were ‘misinformed’.

An employment tribunal heard Ms Rendina refused to carry out a number of procedures the following day because she believed she could be breaking rules.

A week later she was fired by Dr White, who cited the ‘level of discord’ between them as the reason for her sacking, but has since won a claim for unfair dismissal. 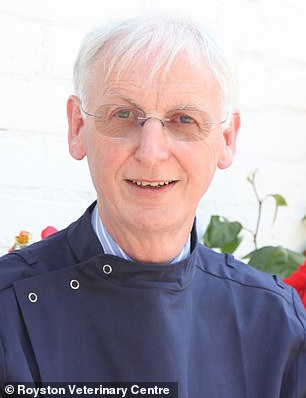 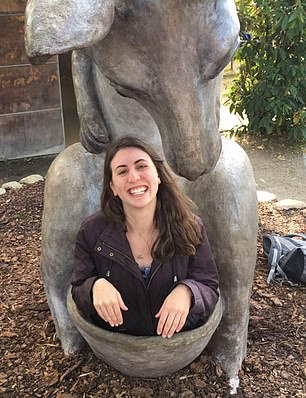 Dr David White (left) told colleagues at his practice in Hertfordshire that it was to ‘open as normal’ the day after Boris Johnson announced the first national lockdown in March 2020. When staff, including Charlotte Rendina (right), objected to his response to the pandemic, the surgeon said they were ‘misinformed’

The tribunal in Bury St Edmunds heard that Ms Rendina was employed in her £29,000 a year role at the Royston Veterinary Centre from January 2020.

In March of that year the Milan University-educated vet – who has British and Italian heritage – was becoming increasingly concerned about the coronavirus outbreak.

But on March 16 Dr White held a meeting for staff at which he declared Covid-19 was ‘like cold and flu’ and was being ‘over hyped by the press’.

The tribunal heard he told staff there was no need for signs or notices at the practice and no need for hand sanitisers or wipes.

When Ms Rendina suggested consultations should be limited to one person in attendance only, Dr White rejected that suggestion.

She later passed on her concerns at the lack of measures being put in place to the practice manager, the hearing was told.

The following week she emailed the staff with guidance from the British Veterinary Association asking that they minimise contact with clients and colleagues, work from home where possible, delay routine work and increase hygiene.

In her message she said: ‘I have been increasingly concerned about Covid-19, especially as I am aware of the severity of situation my friends and family in Italy find themselves in and can’t help but worry about them, and miss them, constantly.’

That evening – the 23rd March – the Prime Minister announced the first national lockdown.

The tribunal heard Dr White messaged staff: ‘Following the Government’s announcement earlier this evening I want you to know that we will be open ‘as normal’ tomorrow.

‘Please come into work at your normal time. The situation is very dynamic and may change at short notice. I appreciate your understanding and co-operation in these very unusual times. David.’

The hearing was told that when she arrived at work Ms Rendina was expected to see booked in clients and patients as normal. 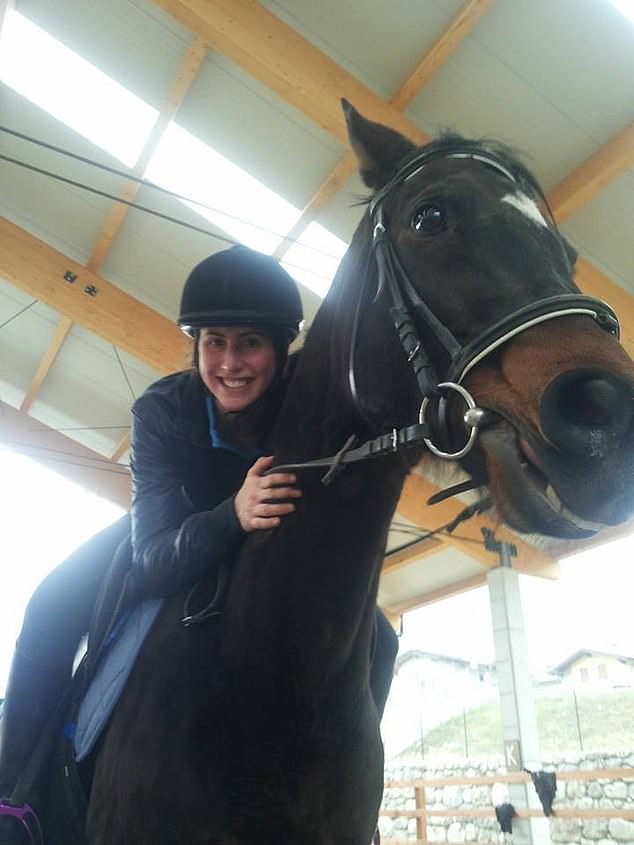 Ms Rendina (pictured) was fired by Dr White, who cited the ‘level of discord’ between them as the reason for her sacking, but has since won a claim for unfair dismissal 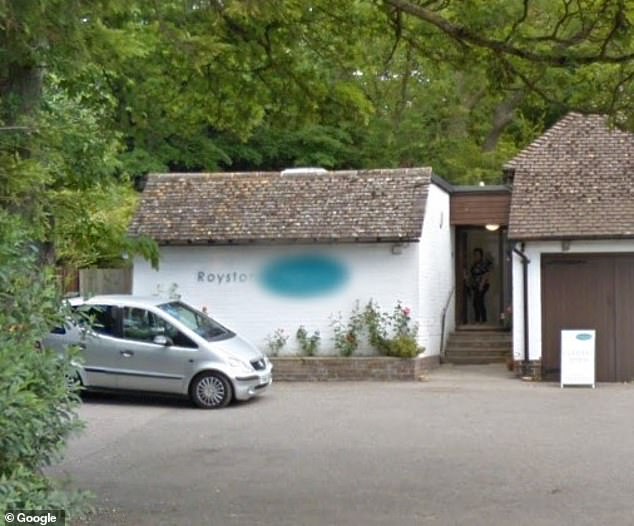 The tribunal in Bury St Edmunds heard that Ms Rendina was employed in her £29,000 a year role at the Royston Veterinary Centre (pictured) from January 2020

This made her ‘uneasy’ and she avoided carrying out several procedures which she saw as non-essential.

At a staff meeting that evening – which Ms Rendina secretly recorded – the tribunal was told several staff voiced concerns about how the practice was operating.

When a nurse challenged him by saying: ‘People are dying of something that’s literally becoming worse and worse daily, otherwise the Government wouldn’t be doing this’, Dr White responded: ‘No, incorrect.’

He continued: ‘I think you were misinformed. At the moment you listen carefully to what the officials are saying. And they see people are dying with Coronavirus, not from Coronavirus.’

Ms Rendina then interjected: ‘I can’t listen to this, but no, no, we have to play our part. We have to play a part in avoiding transmitting this disease to people and by doing that we have to stop routine things because that’s the way which we are playing our part.’

Dr White replied: ‘Absolutely not, Charlotte, absolutely not. You are trying to dictate to me…how I should live my life.’

The tribunal heard that a week later Dr White fired Ms Rendina, telling her they had ‘reached a level of discord that was not amenable’.

At the hearing he claimed she was dismissed due to ‘client complaints, lateness and not completing records correctly’.

However, the tribunal found that Dr White was ‘irritated’ by her.

‘The cause of that irritation was Ms Rendina raising concerns about the arrangements in place to protect herself, her colleagues and visitors to the premises from the spread of the Coronavirus,’ the panel found.

Ruling that she had been unfairly dismissed, it concluded that the reason she was fired was she had raised ‘issues of concern’ related to the pandemic.

Ms Rendina will now be entitled to compensation to be negotiated between herself and Dr White, the tribunal said.

He was also ordered to pay her outstanding holiday and notice pay.