While on a dive in the Punta Loma nature reserve, Argentina, dive leader Julian Bala was suddenly surrounded by a colony of curious South American sea lions.

With his head above the surface, one of the animals approaches and stares into the 14-year veteran diver’s face. 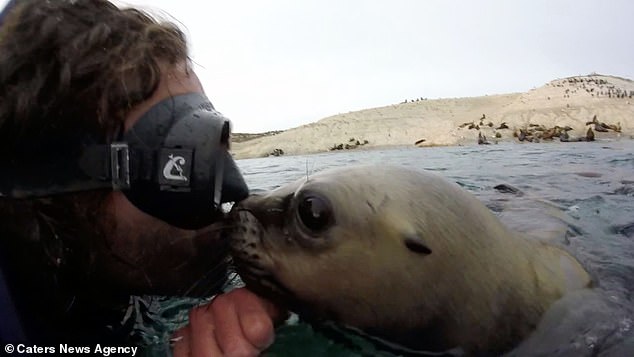 Puckering up for a smooch, Julian, who works for dive company Lobo Larsen Buceo, is then treated to not one but two wet snogs, leaving him laughing.

Maria Ghigo, from Lobo Larsen Buceo, said: ‘It’s very touching when a wild and free animal behaves like the dog you may have at home.

‘The reason sea lions do this is they feel everything with their mouth and nose, as if this were their hands. 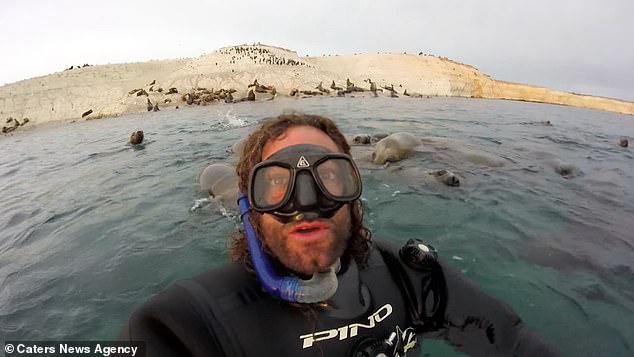 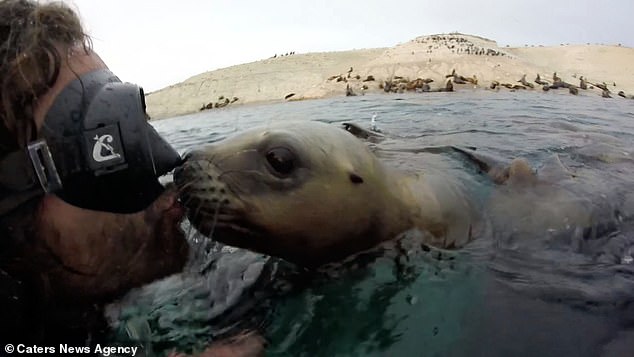 The amorous seal even went in for a second smooch, leaving Julian laughing in the water

‘It’s a very common way to get in touch, not only with the divers, but between other sea lions.’

Maria says the Punta Loma reserve is perfect for diving with sea lions as there are no predators and the colony can stay together year-round.

Maria said: ‘Since pups are born, they see people in water.

‘In some way they are quite used to our presence and this makes them be more confident.

‘We don’t encourage guests to be kissed as you never know the healthiness condition of a wild animal’s mouth.’