BRASILIA/GENEVA (Reuters) – Venezuelan opposition leader Juan Guaido was to arrive in Brazil on Wednesday night to meet with Brazilian President Jair Bolsonaro as part of a tour of several nations to drum up international pressure on President Nicolas Maduro to step down. 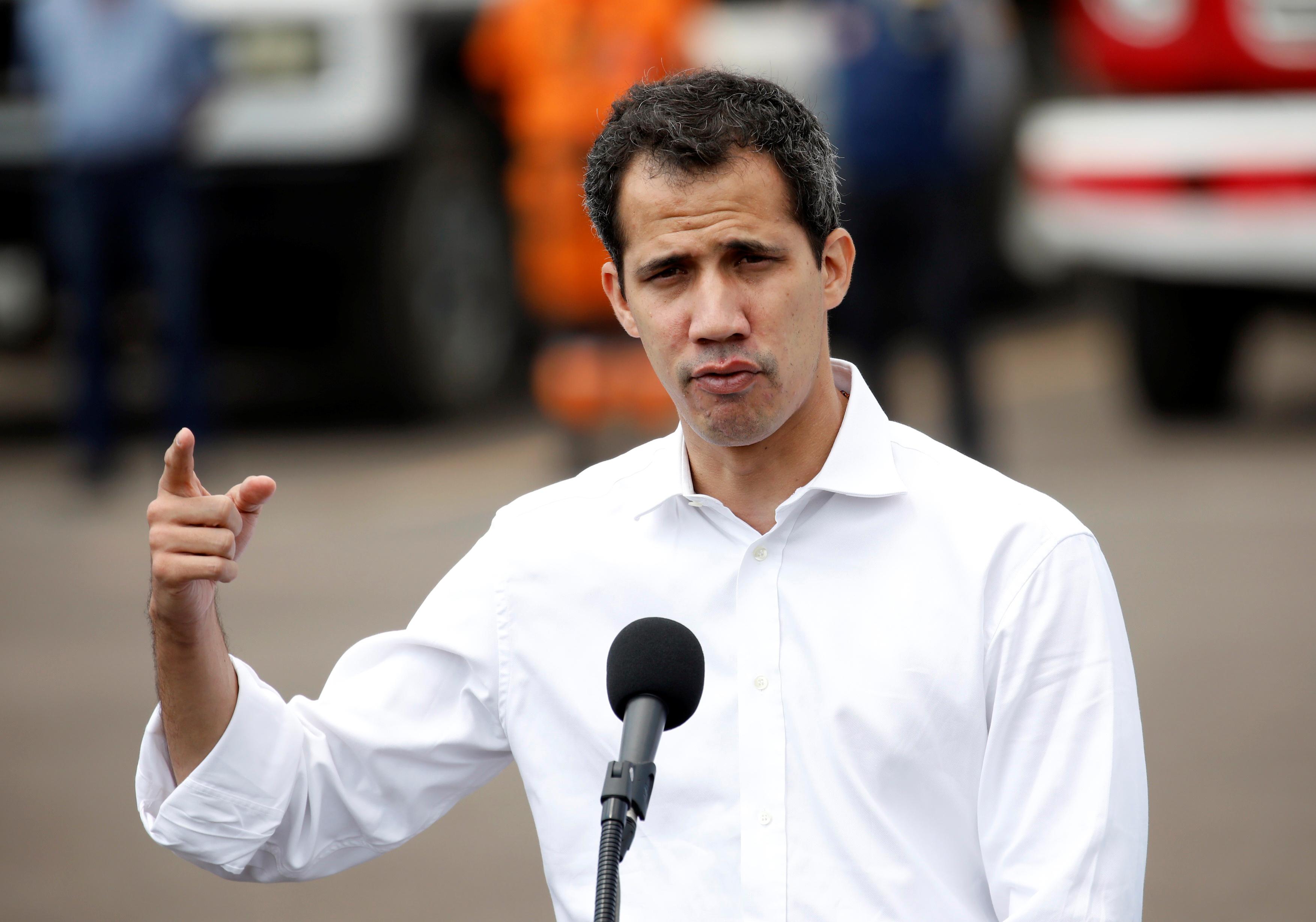 Guaido last month invoked constitutional provisions to assume an interim presidency, arguing Maduro’s re-election was fraudulent. He has since recognized by most Western nations – including Brazil – as Venezuela’s rightful leader.

The congress chief has organized nationwide protests over the past month while the United States has imposed crippling sanctions on Venezuela’s key oil industry and government officials. Yet Maduro retains control of state institutions, leaving the two sides locked in a stalemate.

Guaido will travel to Brasilia for a two-day visit from Bogota, where he had attended a meeting with U.S. Vice President Mike Pence and the regional Lima group about how to resolve the political and economic crisis in Venezuela.

“The interim president of Venezuela will meet on Thursday afternoon with Brazilian President Jair Bolsonaro at the Planalto Palace,” said Maria Teresa Belandria, appointed by Guaido as his ambassador to Brazil and recognized as such by the far-right Bolsonaro government.

After the meeting on 2 p.m. (1700 GMT) on Thursday, Guaido will hold a news conference, the envoy said.

Guaido over the weekend called for the international community to make clear all options were on the table to oust Maduro, after security forces loyal to him violently drove back the opposition’s attempts to bring humanitarian aid into the country.

Yet Brazil, whose northern state of Roraima depends on Venezuela for electrical power, this week played down the possibility of military intervention.

While in the Brazilian capital, Guaido will also meet with diplomats of other countries that have recognized him as Venezuela’s interim leader, pending new presidential elections, Belandria said.

OPTIONS ON THE TABLE

Brazil is hosting one of the Venezuelan opposition’s collection points for aid and together with the United States has funded the 200 tonnes of food and medicine being stockpiled in the northern city of Boa Vista.

The opposition failed to get that aid across the border as planned last weekend after Maduro closed it, and 25 Venezuelans who were wounded by gunfire in rioting across the frontier were treated in a Brazilian hospital.

Maduro denies there is a crisis in the country despite overseeing a hyperinflationary meltdown that has seen sharp increases in malnutrition and the spread of preventable disease, as well as an exodus of 3.4 million Venezuelans since 2015.

The socialist leader and his allies, like Russia and Cuba, have accused the opposition of using aid as an excuse for foreign intervention and the United States of preparing for a military incursion.

The U.S. special envoy for Venezuela, Elliott Abrams, denied those accusations on Tuesday but said Washington would impose more sanctions on “high-ranking members of the regime and their financial affairs” this week and next.

In the latest sign of Maduro’s desperation to raise hard currency amid tightening sanctions, at least 8 tons of gold were removed from the Venezuelan central bank’s vaults last week, an opposition legislator and three government sources told Reuters.

Jorge Arreaza, addressing the U.N. Human Rights Council, suggested that Maduro and Trump meet to “try to find common ground and explain their differences.” He also said his country had lost $30 billion in assets “confiscated” since November 2017 under sanctions.

U.S. Vice President Mike Pence ruled out prospects of talks. “The only thing to discuss with Maduro at this point is the time and date for his departure,” he said on Twitter.

“For democracy to return and for Venezuela to rebuild – Maduro must go,” Pence said.