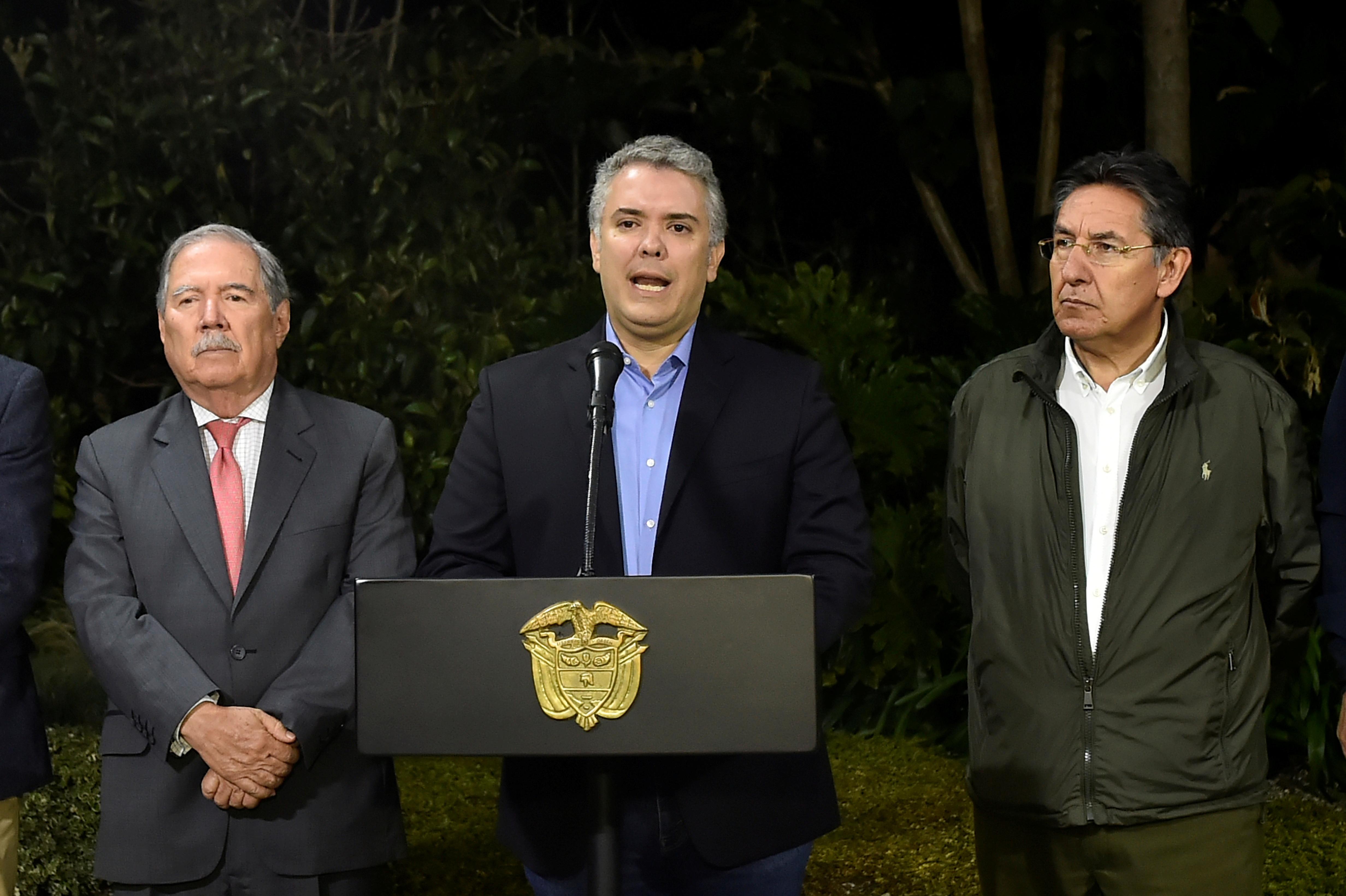 The alleged assassination attempt comes amid tense relations between the two neighboring South American countries. Duque has been a strong critic of the socialist government of Venezuela’s President Nicolas Maduro, who he calls a “dictator,” and Maduro regularly accuses Duque of plotting to overthrow him.

In a late Saturday night statement, Arreaza said Venezuela was willing to provide “the necessary police and intelligence cooperation” and had asked Colombian authorities for more information on the three Venezuelans arrested.

Earlier Saturday, Colombian Foreign Minister Carlos Holmes Trujillo had said in a video message that there was intelligence indicating “credible” plans to target the right-wing Duque, who took office in August. Three Venezuelans were arrested in recent days with “weapons of war,” he added.

Colombian authorities are trying to establish any connection between the alleged plan to assassinate Duque and the presence in Colombia of the three armed men.

Colombia’s defense minister Guillermo Botero told journalists on Sunday that two of the men – arrested on a bus in the northern city of Valledupar on Dec. 21 and found carrying two 5.56 caliber rifles – are Jose Vicente Gomez Rios and Pedro Jose Acosta Ovalle, both 22.

A third man arrested days later in coastal Barranquilla was armed with a submachine gun and a grenade, Botero said.

“What’s really worrying it they weren’t just any guns,” Botero said. “The president’s security has been strengthened with intelligence and eventually with some additional measures.”

On Sunday Arreaza said on Twitter he was still attempting to get in contact with Trujillo and that Colombian authorities should lose no time in sharing information with Venezuela.

Maduro in September accused the governments of Chile, Colombia and Mexico of helping “terrorists” who Venezuela said tried to kill him during a drone attack in early August. The three countries rejected the accusation they were linked to the attack.