Vatican City: The Vatican’s sprawling financial trial may not have produced any convictions yet or any new smoking guns as prosecutors work through a first round of questioning of the 10 suspects accused of fleecing the Holy See of tens of millions of euros.

But testimony so far has provided plenty of insights into how the Vatican operates, with a cast of characters worthy of a Dan Brown thriller or a Shakespearean tragicomedy.

Recent hearings showed a church bureaucracy that used espionage, allowed outsiders with unverified qualifications to gain access to the Apostolic Palace and relied on a pervasive mantra of sparing the pope responsibility — until someone’s neck was on the line. 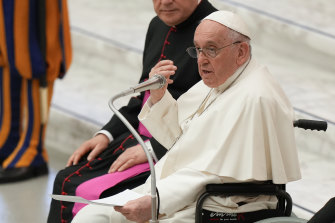 Pope Francis at an audience at the Vatican on Saturday, May 21.Credit:AP

Here are some revelations so far in this unusual airing of the Vatican’s dirty laundry:

What’s the trial about?

The investigation was borne of the secretariat of state’s €350 million ($520 million) investment in a London property, which was such a debacle that the Vatican sold the building this year at a cumulative loss of more than €200 million.

Prosecutors have accused Italian brokers, the Vatican’s longtime money manager and Vatican officials of swindling the Holy See out of tens of millions in fees and commissions and of extorting it of €15 million to finally get control of the London building. 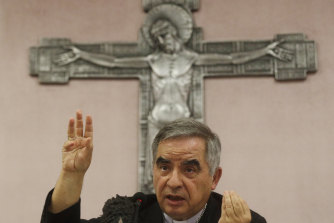 Pope Francis wanted a trial to show his willingness to crack down on alleged financial impropriety. Three years on, though, the investigation has cast an unwelcome spotlight on some of Francis’ own decisions and how Vatican monsignors managed a €600 million asset portfolio with little external oversight or expertise.

What about the tangents?

The original investigation has spawned tangents, including one in which a once-powerful cardinal, Angelo Becciu, is accused of embezzlement for having donated 1€25,000 in Vatican money to a Sardinian charity run by his brother.

Linked to him is another codefendant, Cecilia Marogna, a security analyst who is accused of embezzling €575,000 that Becciu had intended as payment to liberate a Colombian nun held hostage by al-Qaida militants. They both deny wrongdoing, as do the other defendants.

Becciu famously clashed with Australian Cardinal George Pell when in 2014 Pope Francis appointed the former Archbishop of Sydney to head the newly-created Secretariat for the Economy and told him to clean up the Vatican’s murky finances.

Becciu forced out Pell’s auditors and had the upper hand in the power struggle after Pell returned to Australia to face charges. But after Pell was acquitted at a High Court appeal, he returned to Rome in September 2020. Pell has not been dragged into the current legal furore.

Marogna’s story, detailed for the first time last week, is a remarkable tale which, if corroborated, would be a chapter of its own in the storied history of Vatican diplomacy.

She and Becciu say she gained entry in the Apostolic Palace on the basis of an email she wrote Becciu in 2015 about security concerns. Based on her grasp of geopolitics and apparent connections to Italian intelligence, she became an adviser to Becciu, then the Number 2 in the secretariat of state.

According to her statement, Marogna became a conduit to Becciu for everything from Russian emissaries seeking the return of holy relics to efforts by Catalonia’s separatist leader to establish a channel of communication with the Vatican. 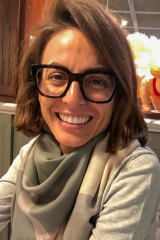 Cecilia Marogna is alleged to have set up a spy network within the Vatican.

In previous testimony, a Vatican official told prosecutors that Becciu’s replacement, Archbishop Edgar Peña Parra, had brought members of the Italian secret service into the Holy See to sweep his office for bugs, again bypassing the Vatican’s own gendarmes.

No figure in the trial is as intriguing as Monsignor Alberto Perlasca, who was the chief internal money manager in the secretariat of state, responsible for the Vatican’s equivalent of a sovereign wealth fund with estimated assets of €600 million.

It was Perlasca who recommended certain investments or advised against them, and it was he who signed the contracts in late 2018 giving Italian broker Gianluigi Torzi operative control of the London property. The basis for the extortion charge against Torzi is prosecutors’ allegation that he pulled a fast one on the Vatican to gain that control and only relinquished it after getting paid €15 million.

Perlasca was at first a prime suspect in the case. But after his first round of questioning in April 2020, Perlasca fired his lawyer, changed his story and began cooperating with prosecutors.

Despite his involvement in all the deals under investigation, Perlasca escaped indictment. Last week, the tribunal let him join the trial as an injured party, enabling him to possibly recover civil damages.

Hours after tribunal president Giupseppe Pignatone admitted him as a civil party, Perlasca showed up at the tribunal unannounced, sat in the front row of the public gallery and declared “I’m not moving”.

Prosecutor Alessandro Diddi immediately objected and Pignatone ordered him to leave, which he did.

Spare the Pope at all costs

Many of the defendants have testified that, at key junctions, Francis wasn’t only informed of the issues but approved them, including the crucial moment in which the Vatican had to decide whether to try to sue Torzi to get the London property or pay him off.

Several witnesses and defendants have said Francis wanted to “turn the page” and negotiate a deal. Prosecutors say Francis was essentially duped by his own underlings, and they subsequently obtained from Francis four, secret executive decrees giving them carte blanche to investigate in ways the defence says violated the suspects’ legal guarantees and basic human rights. 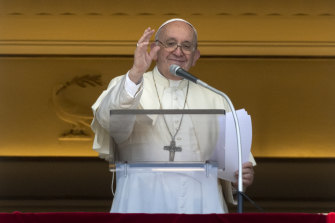 The Vatican policy is to protect the Pope at all costs from fallout. Credit:AP

But blaming the pope marks an unusual development, since Vatican culture generally seeks to spare the Pope responsibility for anything that goes wrong.

Becciu explained this tradition during his testimony by invoking its Latin phrase “In odiosis non faceat nomen pontificis,” roughly meaning that the pope shouldn’t be drawn into unpleasant matters.

Becciu responded to a question about why the Pope only approved of financial decisions orally, not in writing.

“I’m from the old school … where you try to protect the Pope, protect his moral authority without involving him too much in earthly matters. This doesn’t mean not informing him, but not giving him the responsibility for certain decisions,” he said.

Becciu kept to that until Francis released him from the pontifical secret so he could testify in his own defence. Becciu then revealed that Francis himself had authorised the Colombian nun liberation operation and had ordered the resignation of the auditor-general. 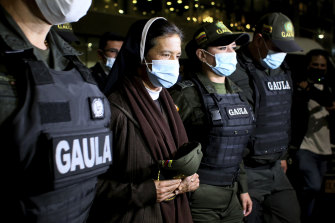 The week ended with the testimony of one of Perlasca’s deputies, Fabrizio Tirabassi, who explained how investment decisions were made and the origins of the London property deal. His lawyers said Tirabassi’s testimony proved that there was no crime in the deal.

“The only mystery of this story is why someone wanted to have a trial about an issue that the hierarchs of the Holy See wanted to conclude with a deal,” the lawyers said.