The NYPD are hunting for four vandals who defaced Wall Street’s famous Charging Bull statue, scrawling the words ‘f*** the Queen’ the day after her death.

The suspects – two women and two men – were caught on surveillance camera footage walking through Manhattan at 2:30am on September 9.

They used a ‘paint marker type instrument’ to deface the bull’s forehead, according to NYPD. The graffiti has since been removed. 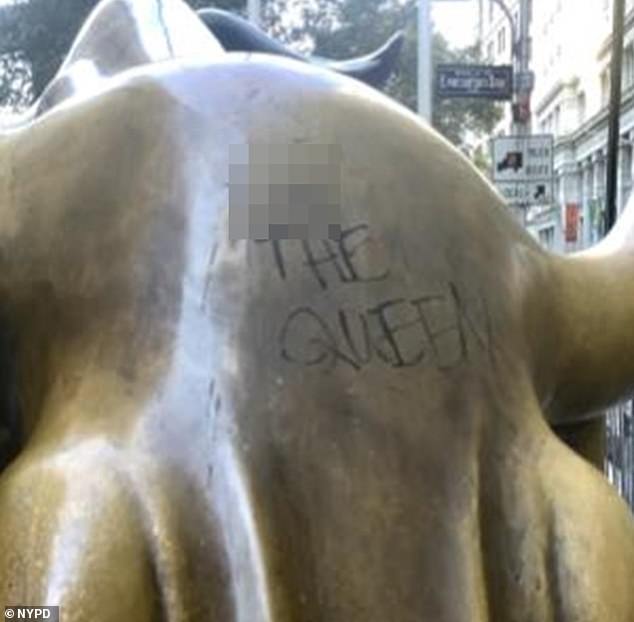 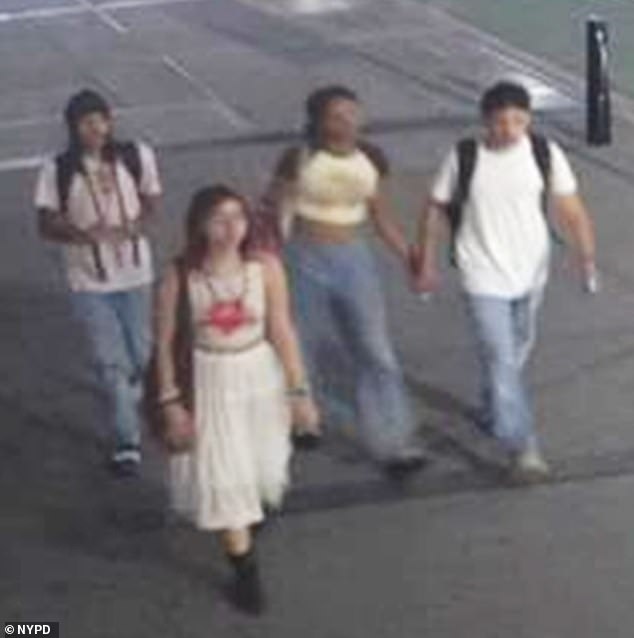 Four people (pictured) are being sought in connection with the vandalism

Graffiti is considered a Class A misdemeanor in New York, meaning that it could be punishable by up to a year in jail.

Those convicted could also be ordered a pay a fine, and any restitution costs.

The 7,100-pound bull was created by Italian artist Arturo Di Modica in 1989 and installed in lower Manhattan as a work of guerrilla art.

It has been vandalized several times in the past, including twice in 2019.

In September 2019, a Texas truck driver, Tevon Varlack, attacked ‘the devil’ sculpture with a steel instrument, damaging its right horn.

He was arrested on charges of criminal mischief, disorderly conduct and criminal possession of a weapon.

The following month, a climate activist doused the bull with red paint and held a ‘die-in’ at its hooves, designed to highlight what they said was environmental destruction caused by Wall Street.

More recently, the bull was draped in flowers in February 2021 to mark Di Modica’s death.