Distressed Victorians are bursting into tears in GP clinics and being put on waiting lists for months to see psychologists as the mental health sector struggles to cope with demand for services during the coronavirus pandemic.

Some clinics have closed their books to new clients until next year as psychologists struggle themselves with a level of pressure labelled as “unethical and cruel”. 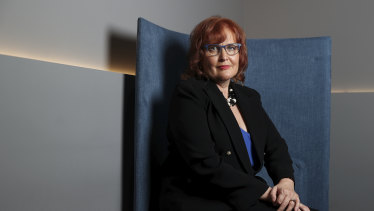 Betty Chetcuti, a Hawthorn East psychologist and board member of the Australian Association of Psychologists, said waiting lists at psychology clinics across Victoria were exploding as patients sought help for high levels of anxiety, depression, sleeplessness, relationship issues, fears of COVID-19, domestic violence and financial insecurity.

“Some clinics are just so full they have said they are closing their books and saying ‘we can’t take any new patients until 2022’,” Ms Chetcuti said.

“I find it unethical and cruel that psychologists are being put under such distress and strain that they can’t see the very people they want to work with and help.”

Melbourne general practitioner Ines Rio said some days she just wept. Almost daily, since Melbourne’s two-week lockdown in June, people have arrived at her clinic telling her of their profound loneliness or despair.

“There is so much sadness, you feel it so palpably,” Dr Rio said. “There is so much you feel you can’t do, so you just listen. You try to help with strategies to keep them going. You make them promise you they won’t hurt themselves.”

Dr Chetcuti’s workload has more than doubled since last year. She said each lockdown in Melbourne triggered a new surge of patients who were experiencing compounding fatigue and psychological distress.

“There has been a cumulative flow-on effect of all the lockdowns,” she said. “People are saying ‘when will this ever end?’”

Dr Chetcuti is working at least 10 hours’ overtime to treat as many people each week as she could, but said her own mental health was suffering as a result.

A recent survey by the Australian Association of Psychologists revealed more than a third of psychologists are no longer accepting new clients and half have waiting lists of more than a month.

Royal Melbourne Hospital psychiatrist Killian Ashe said there had been complete oversaturation of mental health services in the private and public sector.

“Things like loneliness and isolation as a result of the pandemic have played a massive role in the extent of deterioration of people,” Dr Ashe said.

Lifeline has reported a surge in calls nationally since the Greater Sydney lockdown was declared on June 26, averaging about 3002 calls every day. This is a 23 per cent increase on the same time in 2019 and a 10 per cent rise from the same time last year.

About 939 of those daily calls are being made from people in Victoria.

On Friday, Prime Minister Scott Morrison announced his government was negotiating a mental health package with Victoria similar to the $17.4 million one arranged for NSW in this lockdown.

More than $200 million had been invested in mental health support in response to the pandemic by the Victorian government. Reforms recommended by the mental health royal commission, including the rollout of 144 new acute mental health beds, had also being fast-tracked.

Dr Rio checks on her patients regularly. Recently, she booked weekly appointments for an adult patient in the grips of severe depression who was put on a four-week waiting list to see a pyschologist.

But it is the children and young adults presenting with anxiety, depression and eating disorders in record numbers who worry doctors the most.

“We will be measuring the cost of the COVID years for young people for many years to come,” Dr Rio said. “Their education and their entire trajectory has been completely disrupted. The true cost of that will only be known in years to come.”

Royal Australian College of General Practitioners president Karen Price said waiting lists even for general psychologists were a “huge problem” and GPs were often left treating people until they could secure appointments.

The Melbourne GP said many of her own patients were waiting weeks for appointments with psychologists and she worries some may “never come back from the place they have got to”.

“I see people moving down the dial of wellness,” Dr Price said. “There is a sense of malaise. Every time there is another lockdown they slip further down the slide.”

“People who live alone are really suffering,” she said. “You hear so many stories of tragedy.”

Another Melbourne GP said frequent lockdowns had triggered a wave of distressing eating disorders in teenagers and young adults.

“My absolute hardest job at the moment is managing eating disorders in young people,” she said.

A shortage of specialists able to treat teenagers with complex mental health issues or people with eating disorders meant GPs were left managing young people “until they deteriorate to such a point they end up hospital”.

“They become so unwell they they sort of force their way into the system for treatment and that is just devastating,” the doctor said. “Their parents feel powerless.”

Dr Chetcuti said the association had been lobbying the federal government to increase the Medicare subsidy for psychology appointments to attract more people to the profession and to make bulk-billing more accessible for patients who could not afford to access care in the private sector.

It is a move backed by Dr Ashe, who said years of chronic underfunding and under-staffing meant there were now not enough mental health clinicians to treat people and the burden was falling onto GPs.

Dr Chetcuti urged anyone who was struggling in the latest lockdown to ensure they had a “COVID routine”, which involved getting adequate sleep, eating well and maintaining connections with people.

“Whether that’s going out for a walk with a friend in a socially responsible way or staying in contact online those connections are so important,” she said.

The federal and Victorian governments also jointly established and staffed 15 “HeadtoHelp” clinics in Victoria to triage mental health problems, including eating disorders, which emerged during lockdown.