Leaders from more than 150 countries agree UN migration accord spurned by the United States and several other countries. 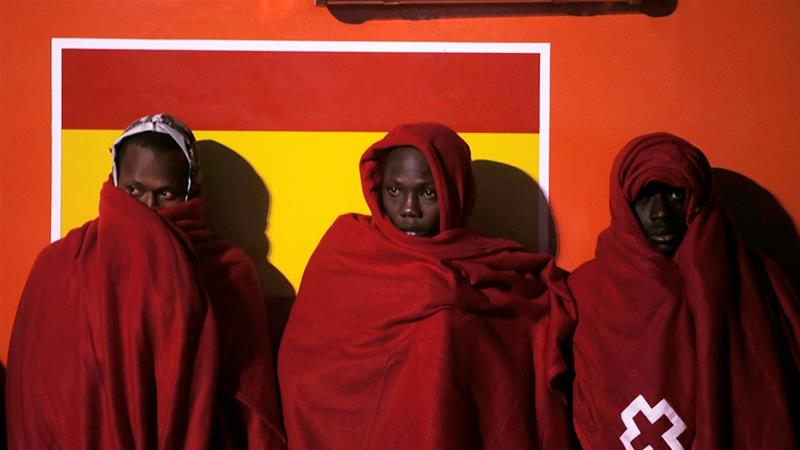 Marrakech, Morocco – Leaders from more than 150 countries have agreed upon a global pact that sets a roadmap “to prevent suffering and chaos” for global migration despite opposition and several withdrawals, including from the United States.

The Global Compact for Safe, Orderly and Regular Migration (GCM) was agreed upon on Monday at an intergovernmental conference in Marrakech, Morocco.

A non-binding agreement, the GCM aims to better manage migration at local, national, regional and global levels, including reducing the risks and vulnerabilities the migrants or refugees face at different stages of their journey.

The pact was approved in July by all 193 member nations except the US, which backed out last year.

“This moment is the inspiring product of dedicated and pain-staking efforts,” said Antonio Guterres, the UN Secretary-General, at the opening of the conference on Monday.

“Migration has always been with us. But in a world where it is ever more inevitable and necessary, it should be well managed and safe, not irregular and dangerous.

There were 258 million international migrants in the world last year, increasing almost 50 percent since 2000, according to the UN.

The number of migrants, representing 3.4 percent of the world’s population, is increasing faster than the global population, driven by economic prosperity, inequality, violence, conflict and climate change.

Around 80 percent of the world’s migrants move between countries in a safe and orderly fashion. But more than 60,000 people have died on the move since the year 2000, according to the UN.

In 2018 alone, more than 3,300 people have “died or gone missing in the process of migrations towards an international destination”, says the International Organization for Migration (IOM).

Even in transit countries, or country of destination, racism, discrimination and human-rights violations are continuously reported.

From the US to Europe and beyond, right-wing leaders have taken increasingly draconian measures to shut out migrants in recent years.

US President Donald Trump has pledged to build a wall on the US-Mexico border and has focused his recent ire on a migrant caravan from Central America, while a populist coalition government in Italy has clamped down on boats rescuing migrants or refugees at sea.

“It is true that some states are not with us today,” said Guterres. “I can only hope that they will see the GMC’s value for their own societies and join us in this common venture.”

On Friday, the US took a fresh swipe at the pact, labelling it “an effort by the United Nations to advance global governance at the expense of the sovereign right of states”.

But a host of other nations led by German Chancellor Angela Merkel are in Morocco to endorse the deal and the UN, and rights organisations, remain upbeat that it can help the world better cope with the issue.

“Fortunately, not many countries were against the pact but there were some important countries in terms of economic influence,” Francesco Rocca, International Federation of Red Cross and Red Crescent Societies (IFRC), told Al Jazeera.

“So it’s a concern they decided not to be present. This is political instrumentalisation. The GCM is very clear as it has no interference in internal policies or laws but only preserving dignity of human beings. Anyone who has good faith should have agreed to this pact.”

The UN General Assembly is set to adopt a resolution formally endorsing the deal on December 19 in New York.