A big blanket of cloud will keep in the heat with unseasonably warm temperatures – especially in the west where it could reach double figures. 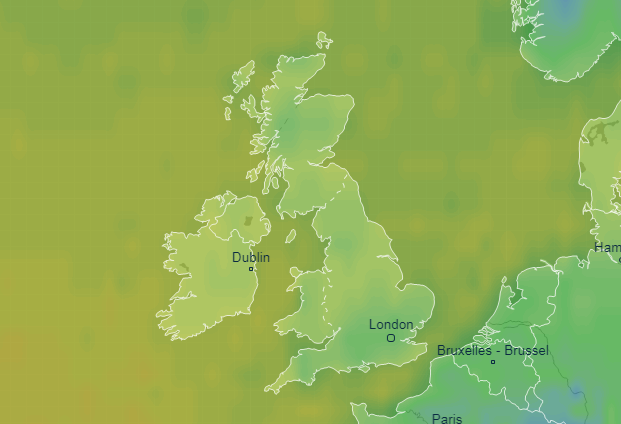 Parts of Pembrokeshire, Cornwall, Gwynedd and Yorkshire will hit 10C this afternoon, while the Turkish capital isn't likely to get any warmer than 6C.

Much of the south and north east of England will be treated to sunny spells but patchy drizzle will make for a gloomy day across Scotland and Western parts.

"There's also clearer skies in the south west, which is where we might see a touch of frost and fog. 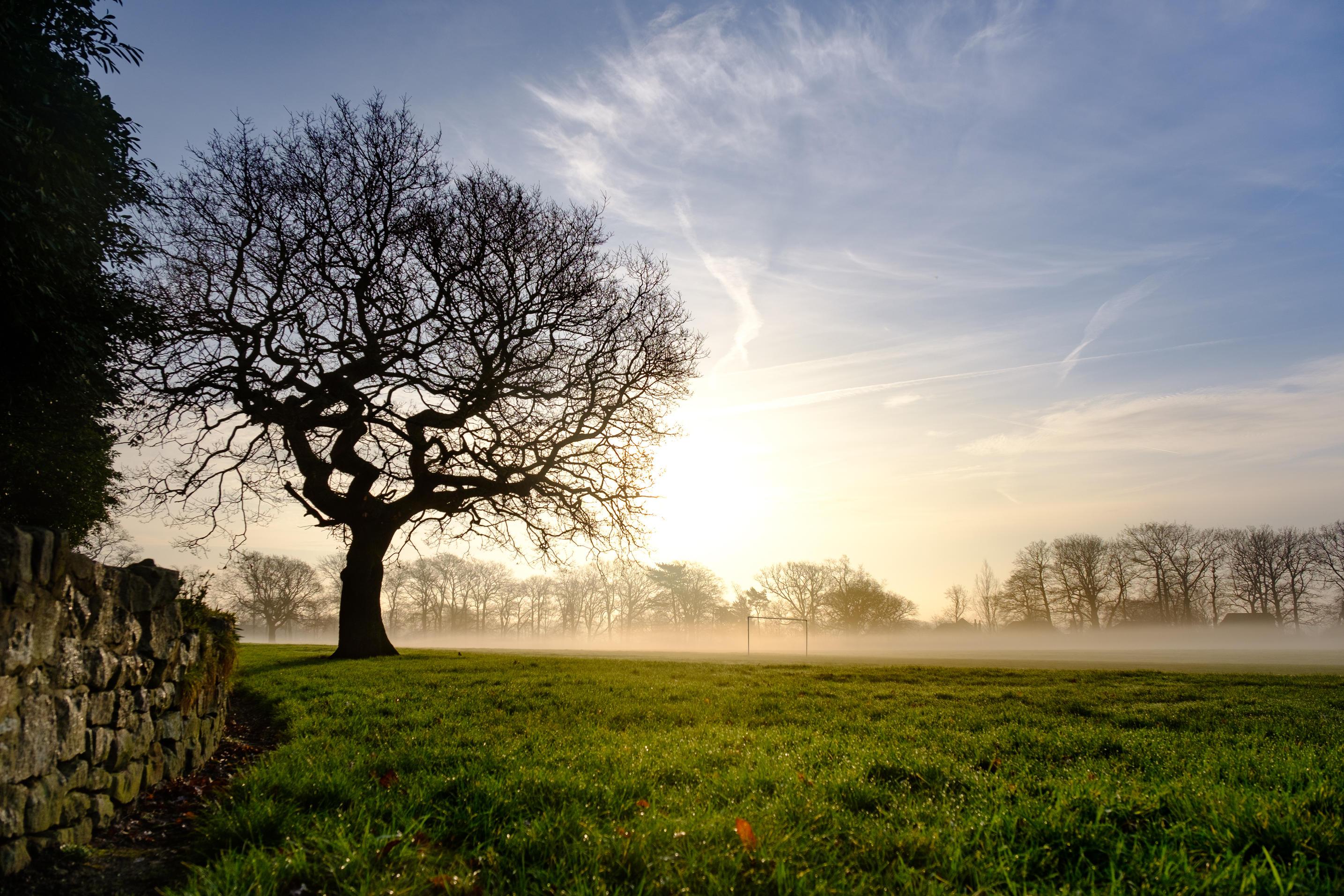 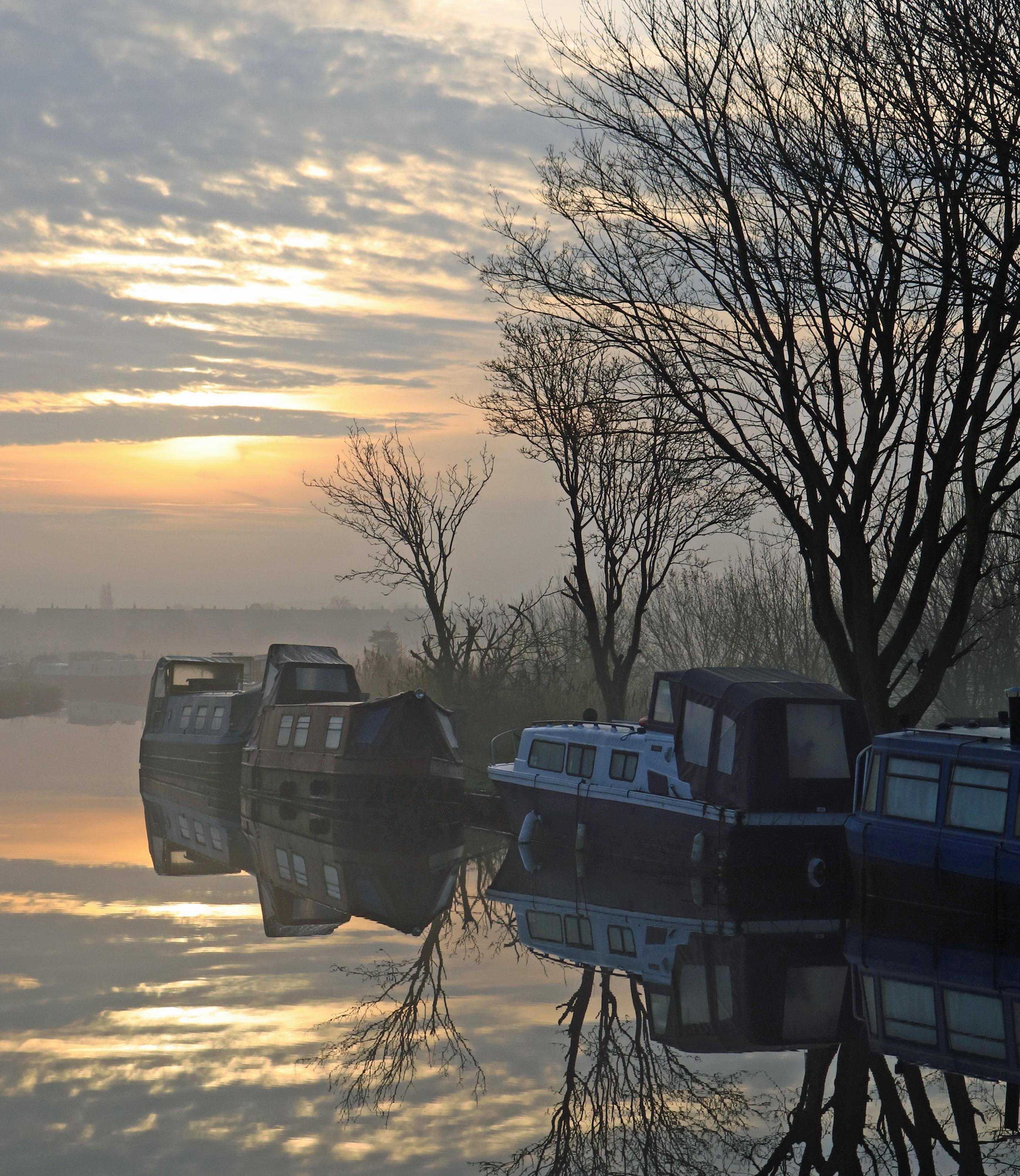 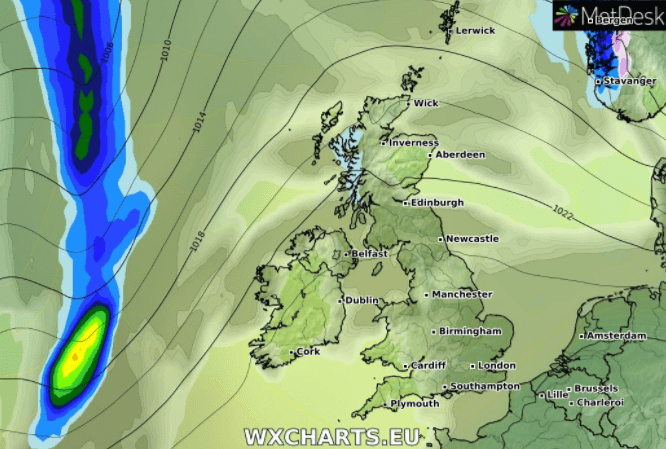 "As we head through the rest of Thursday, still that cloud across the bulk of the country.

"Brighter skies in the far north and a little bit of rain across western and southern parts of Scotland.

"It's the far south of the UK where we have the better chance of seeing some sunshine.

"Temperatures still a touch above average for the time of year, particularly in the west. 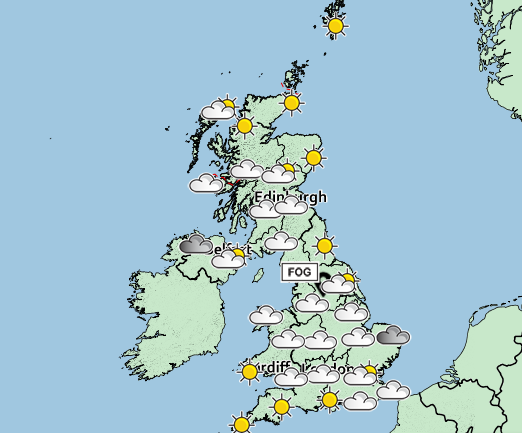 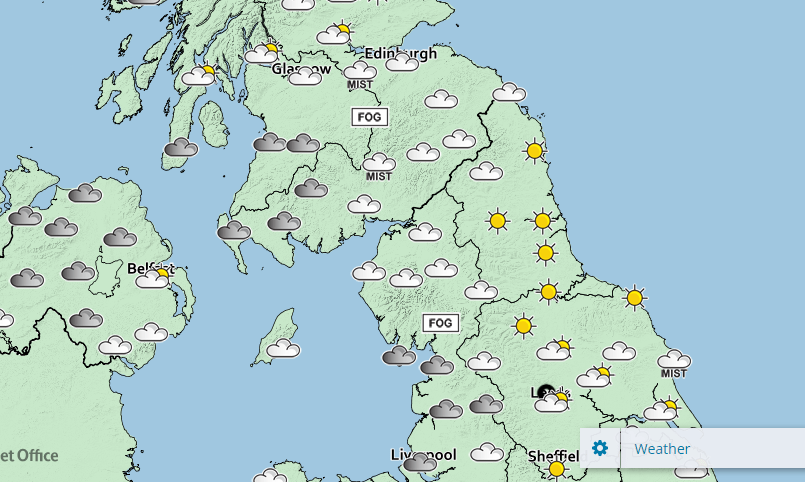 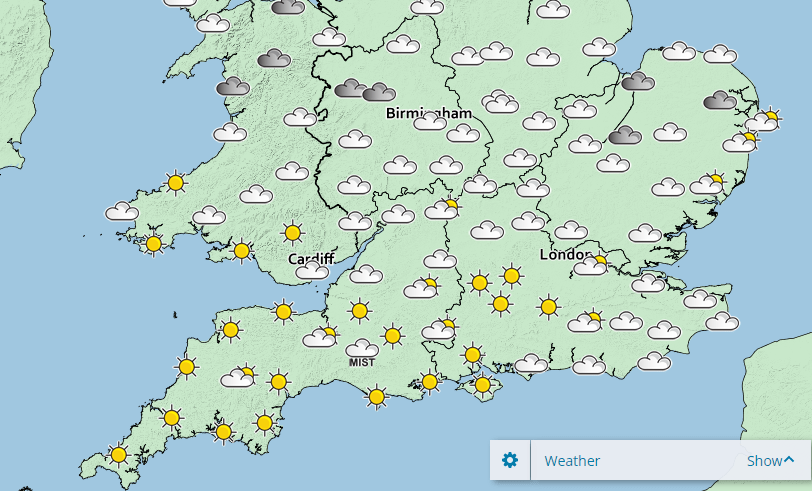 "For tomorrow as we end the week, some fog patches first thing in the morning and outbreaks of rain in the far north but otherwise it's another largely dry but cloudy day."

Into the weekend we're expecting the cloud to stick around with some mist and fog in the mornings.

The north is looking less settled than the south – with some rain and strong winds creeping in.

But temperatures will be mild all round throughout the week – with lows of 7C and highs of 11C. 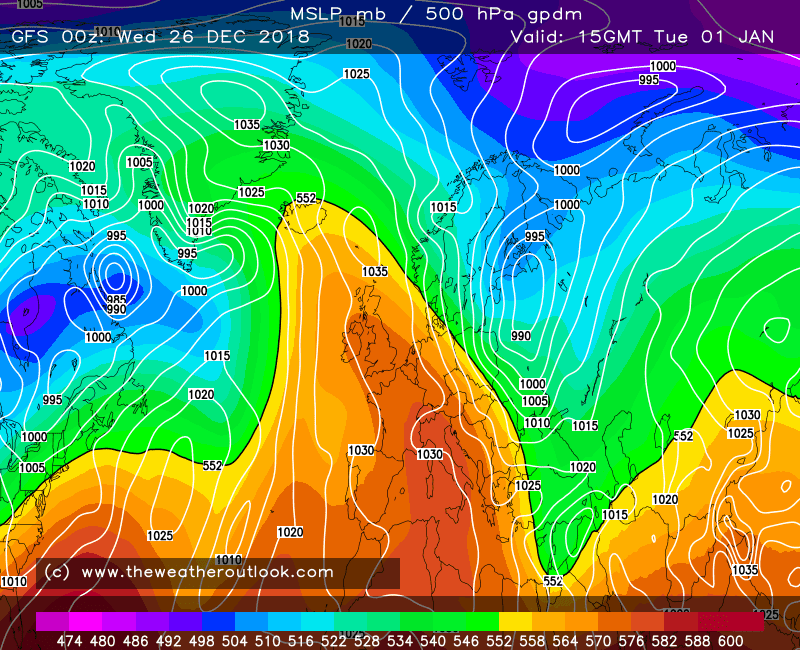 It comes after one of the warmest Christmas and Boxing Days on record – and the balmy weather is set to continue into the new year.

The only area of the UK set to be hit by rain in the next week is northern Scotland – with light rain possibly drifting into northwest England and Northern Ireland on Saturday.

Elsewhere, dry and warm weather will give the much of the UK perfect conditions to party all night on New Year's Eve this Monday.

Temperatures of 11C mean we'll end the year on a high as thousands gather for firework displays across the country.

It will be twice as warm as the average December only dropping to 9C in London, 8C in Manchester and 7C in Birmingham for the countdown.

So don't worry about wrapping up too warm or bringing a brolly to the fireworks on Monday night as it's set to be a calm night – if just on the weather front.

However the low cloud on New Year's Eve could scupper fireworks displays if it sits too low in the sky – but it's unlikely to be so low that you won't see the festive celebrations in the sky.

Helen Roberts, a Met Office meteorologist told The Sun Online: "We're just on the cusp of how much detail we can give at this early stage but it's looking like there will be high pressure across the south of the UK and will be quite quiet.

"It will probably be quite cloudy, so not dissimilar to now.

"We're not expecting any significant rainfall. 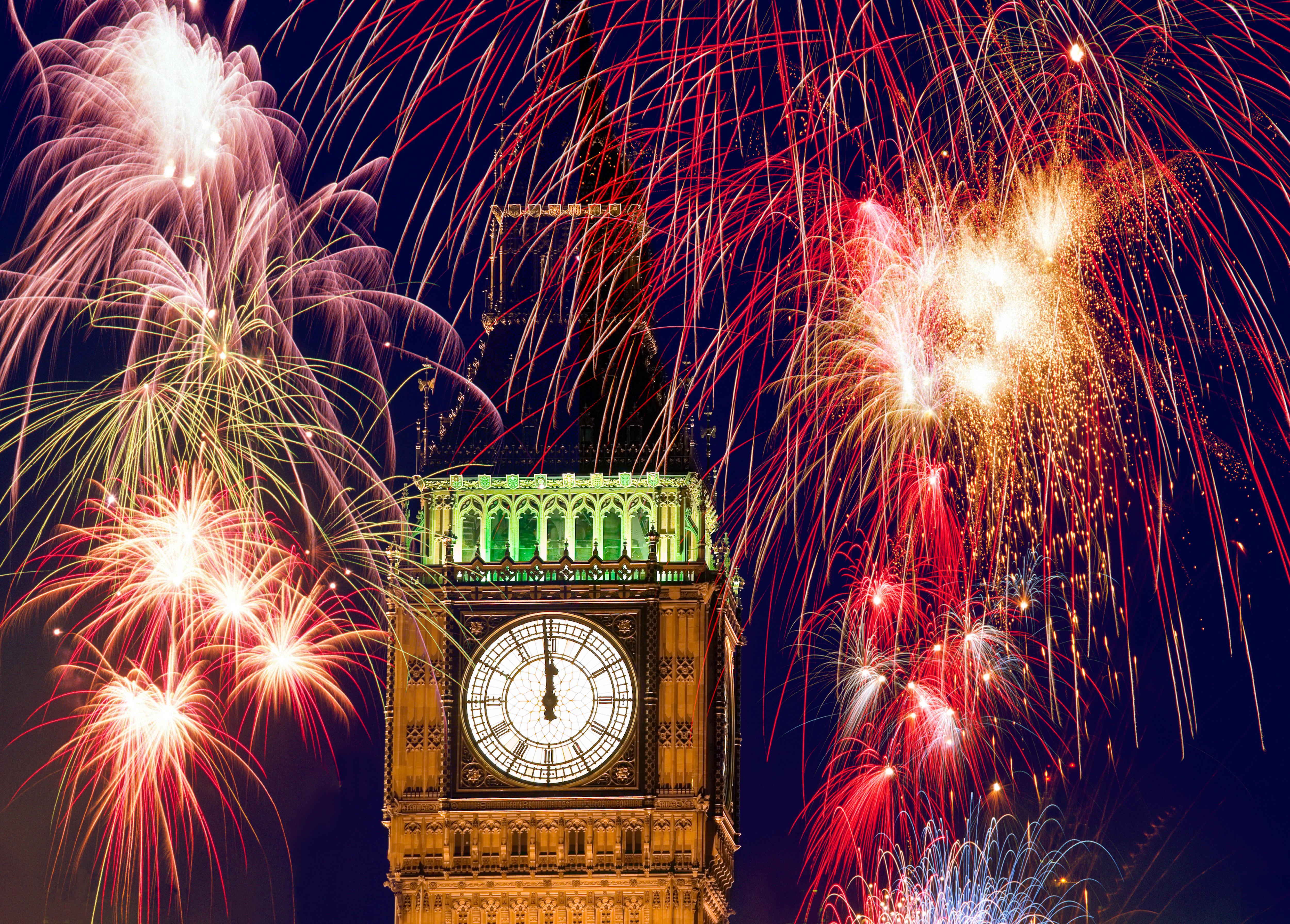 "There is potential for rain to push in around northern Scotland, but it's too early to tell how far south this rain could travel.

"It will probably be dry but cloudy.

"Expansive clouds won't be ideal for fireworks displays but the temperature won't be too cold.

"It's just the low cloud that could scupper the displays on New Year's Eve."