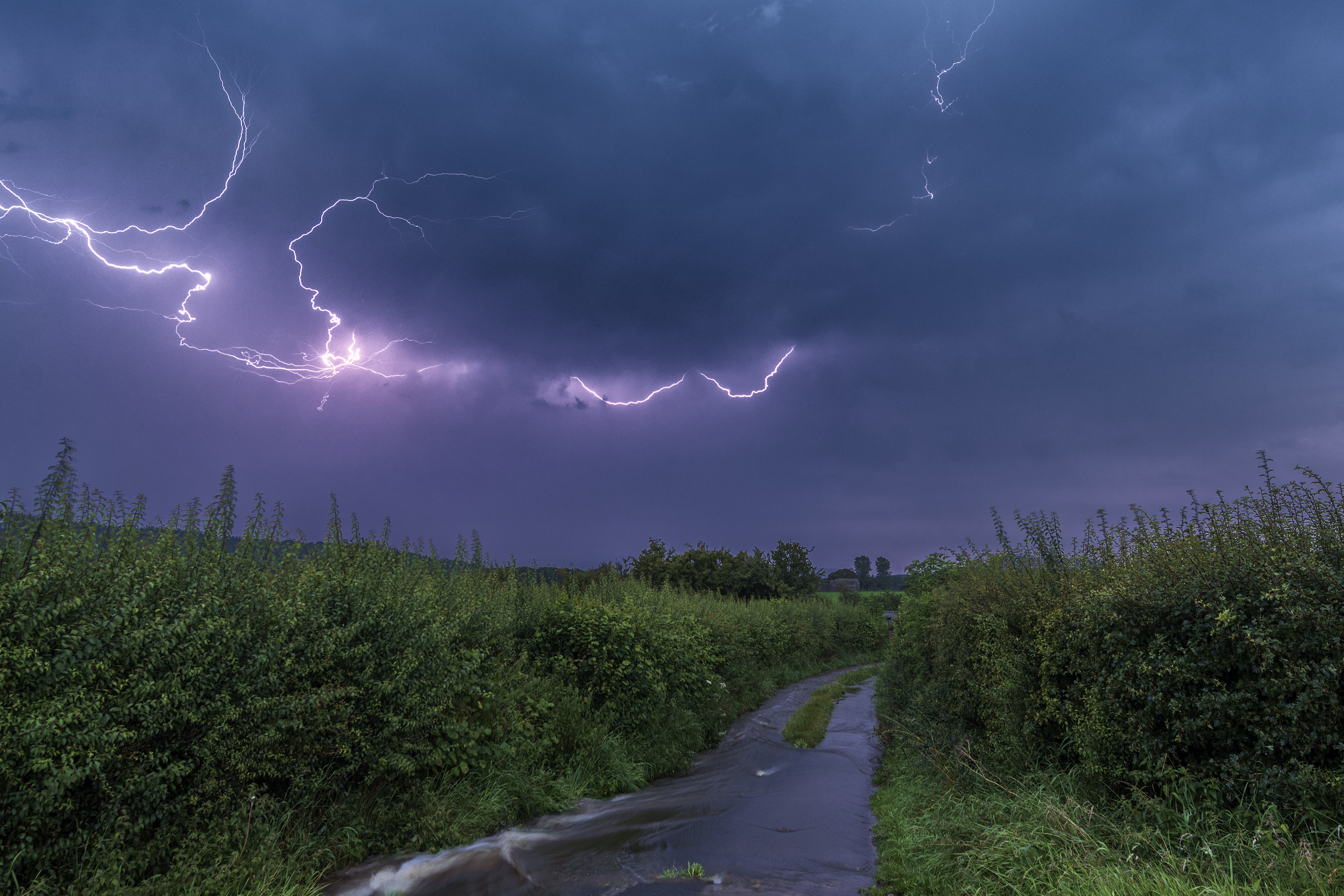 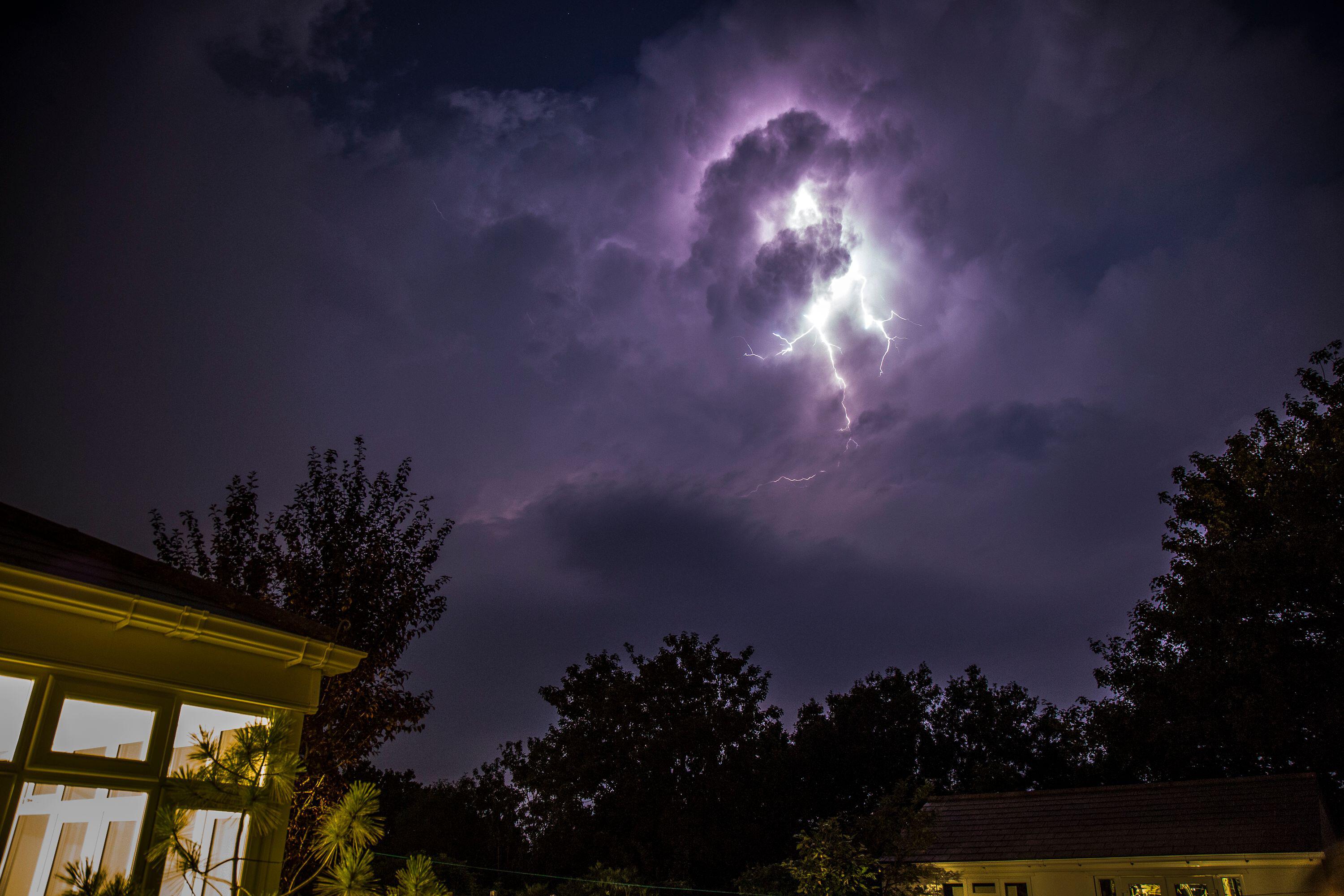 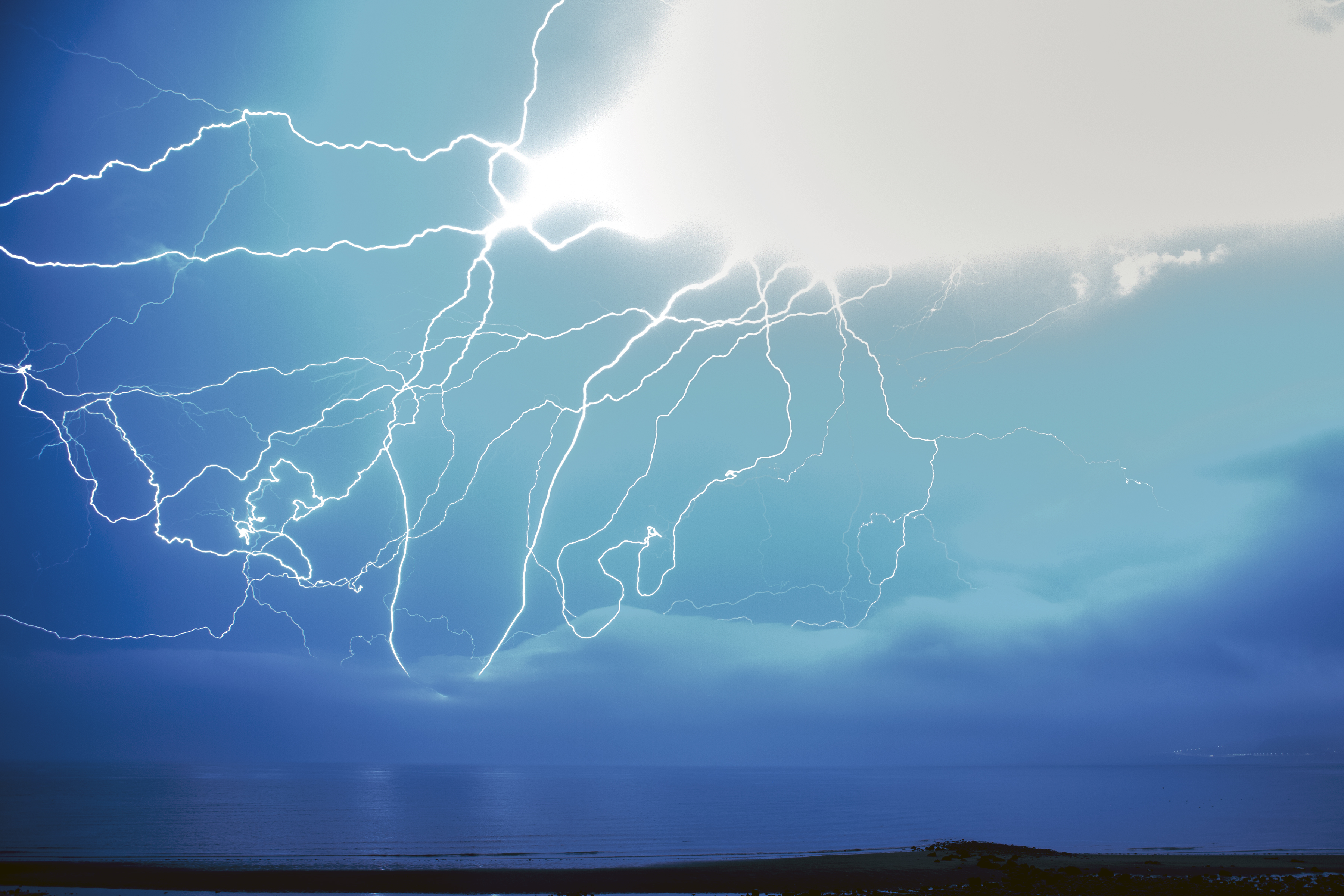 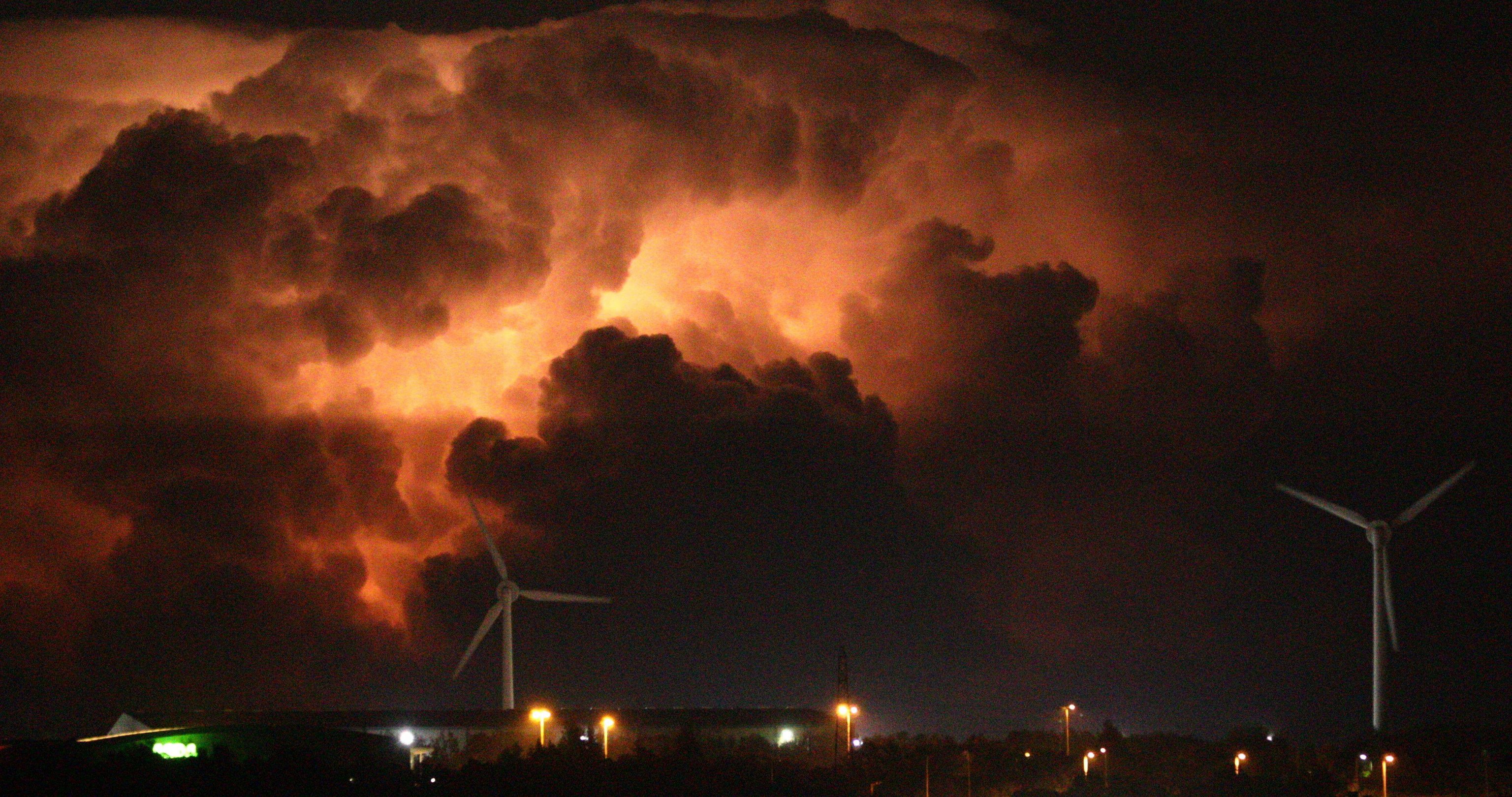 And 80mm – more than a month's worth of rain – is set to drench Scotland in just six hours today.

Blackpool Tower was illuminated by lightning strikes as western areas  were hit by torrential downpours.

Fire crews were called to several  floods in Aberystwyth, Mid Wales,  where hundreds of  homes were left without power.

Local resident Joe Easton said: “I can’t think of a way to describe it. Apocalyptic is probably the  best way.”

Golf ball-sized hailstones rained down on Capel Curig in North Wales, with the coast repeatedly struck by lightning.

One bolt was seen hitting the mountain above Gwrych Castle, where I’m a Celebrity is due to be filmed this year. 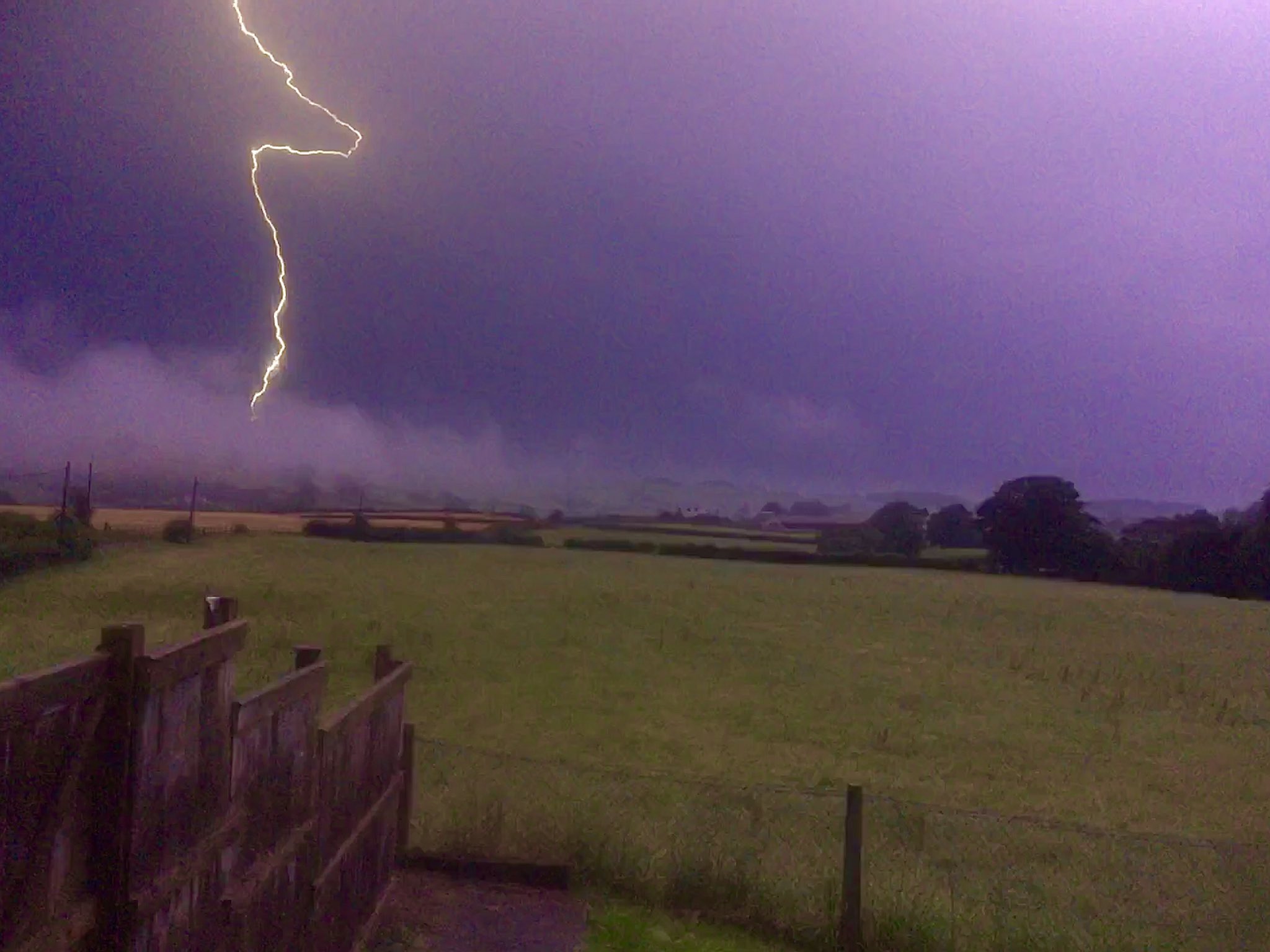 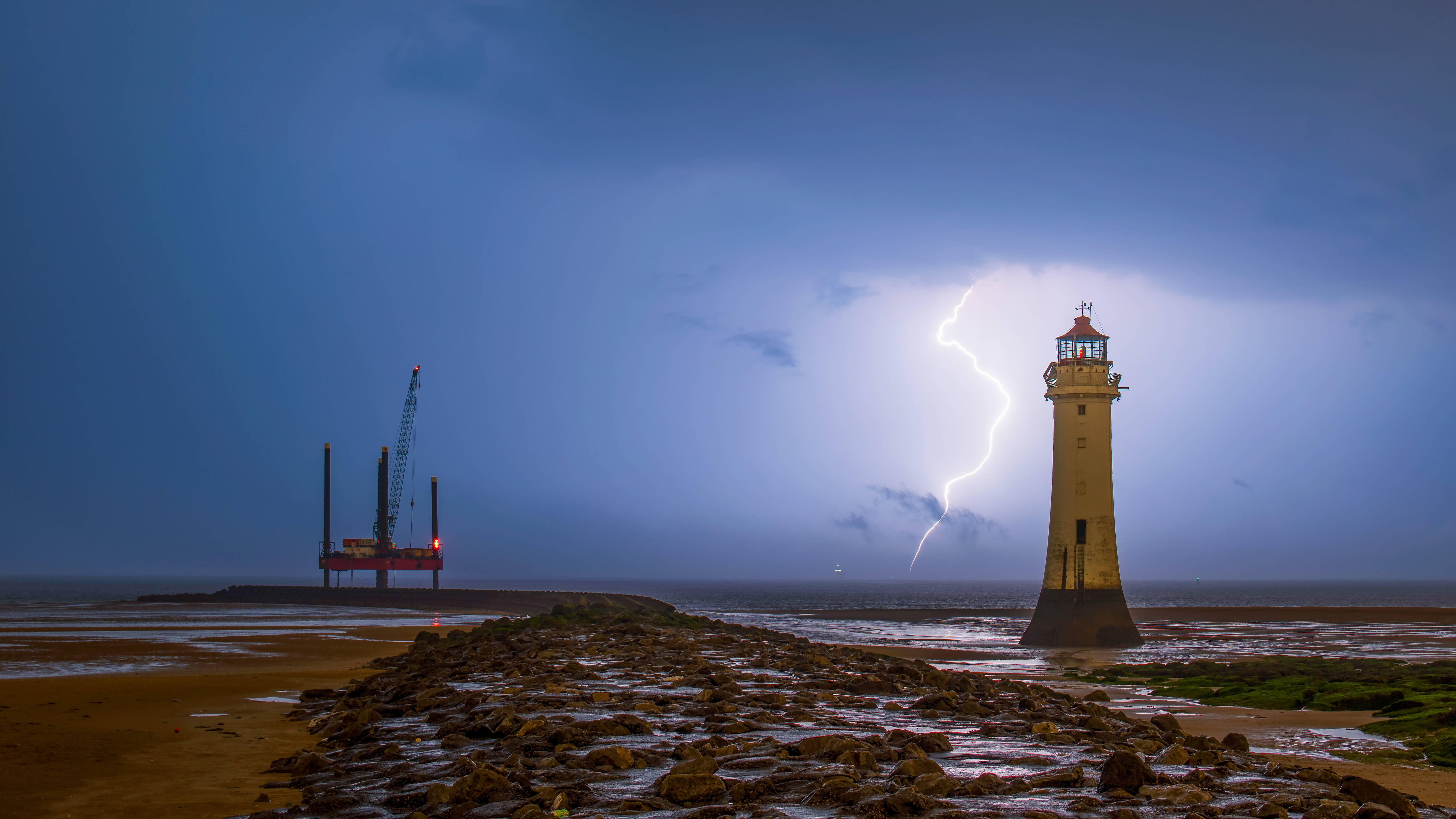 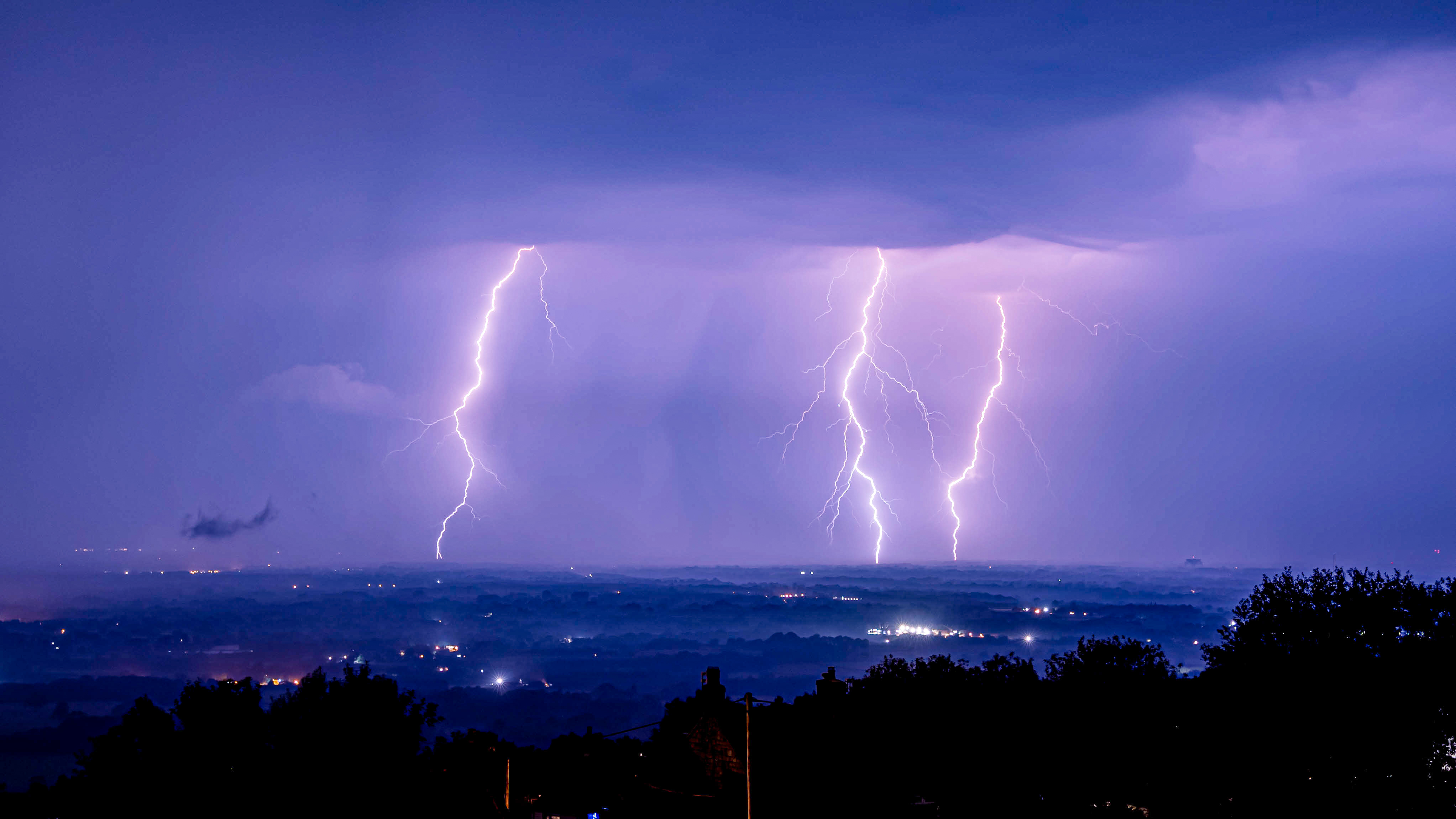 However, other areas carried on sweltering as the summer’s bizarre weather continued.

Sunbathers flocked to beaches and parks around the country as temperatures reached 34C (93.2F) for the fifth day in a row.

If the mercury reaches the same level today,  it will be the longest stretch of such high temperatures ever recorded in the UK.

Temperatures are set to scorch on Wednesday with a predicted 36C high – making it the first time UK has ever experienced six days over 34C in a row.

Today’s UK temperatures will be even hotter than Egypt, with Cairo only expecting a high of 32C.

Heat warnings were issued for young children and the elderly, while local councils and healthcare agencies were on alert.

A  nationwide weather warning for thunderstorms was issued, with  fast-flowing or deep floodwater deemed a risk to life.

Caroline Douglass, of the Environment Agency, said: “Heavy thunderstorms could lead to surface water and river flooding with possible disruption to travel and flooding of properties.”

The hot weather will continue, with southern and central England enjoying temperatures into the 30s.