MANCHESTER, England (Reuters) – A man armed with a kitchen knife stabbed three people, including a police officer, at Manchester Victoria train station on New Year’s Eve in an attack police are treating as terrorism-related.

Greater Manchester Police said they were searching an address in the Cheetham Hill area of the city on Tuesday after they detained a man on suspicion of carrying out the attack. The man’s name has not yet been released.

The injured, a woman and a man in their 50s, were in a serious but not life-threatening condition, police said. A male police officer in his 30s who sustained a stab wound to his shoulder was released from hospital earlier on Tuesday morning.

“We are treating this as a terrorist investigation,” Chief Constable Ian Hopkins said, praising officers at the scene for their bravery in arresting the suspect within minutes.

Police said they would step up their presence in the city where a suicide bomb attack in May 2017 killed 22 people as they left a concert by pop star Ariana Grande.

Hopkins said many people would have been affected by Monday’s attack, particularly since it happened so close to the scene of the 2017 bombing at Manchester Arena.

“I believe that makes it an even more dreadful attack for our city,” he told reporters.

Britain is on its second-highest threat level of severe, meaning an attack is considered highly likely. Security officials say they are facing record levels of work in countering Islamist militants as well as far-right extremists after four major attacks last year. 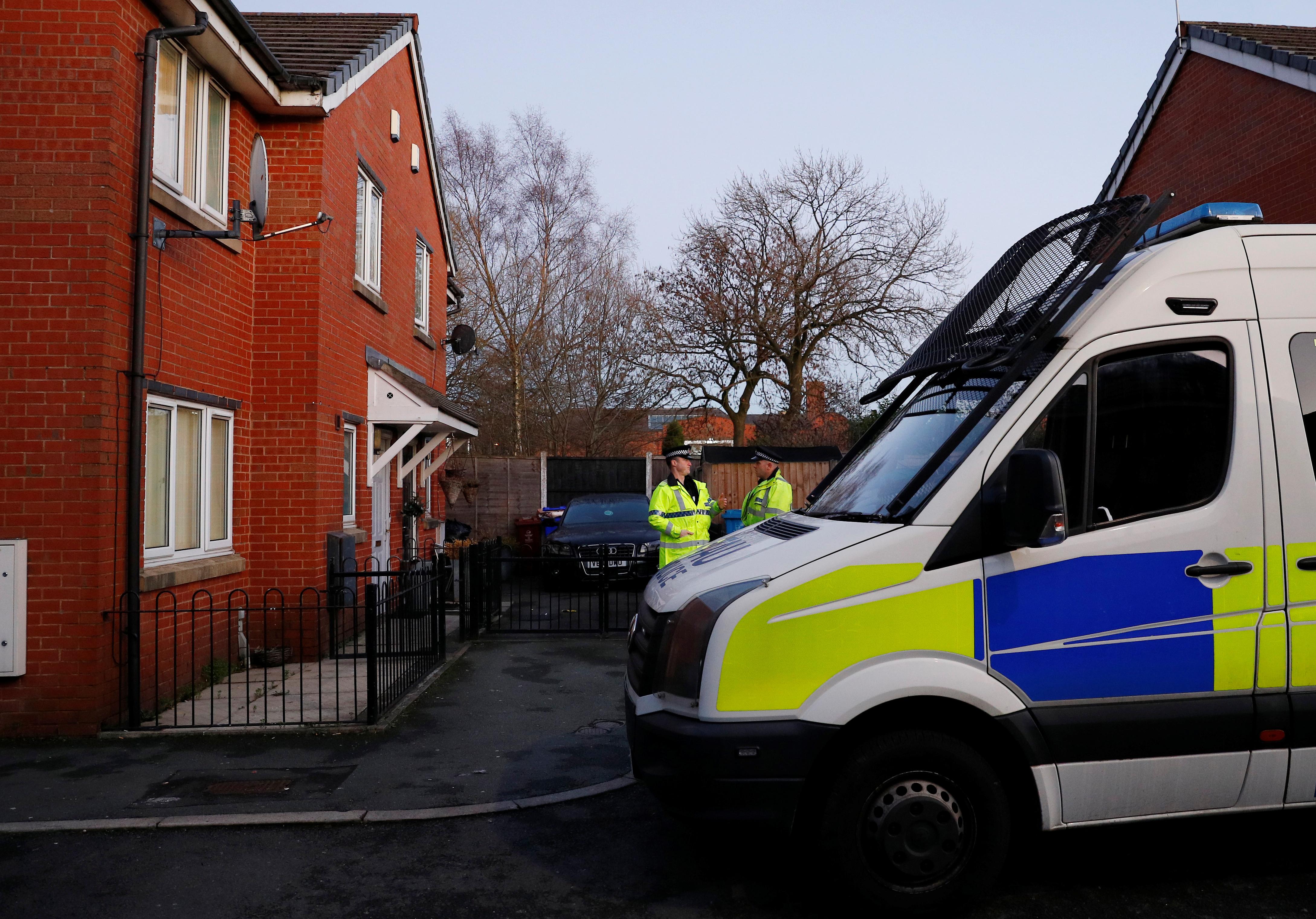 Sam Clack, the BBC producer who witnessed the attack, told the broadcaster: “I just heard the guy shout, as part of a sentence, ‘Allah’.”

“I heard the man say, ‘As long as you keep bombing these countries this is going to keep happening.’,” Clack told BBC 5 Live radio in another interview. “It was very, very scary.”

Prime Minister Theresa May said on Twitter: “My thoughts are with those who were injured in the suspected terrorist attack in Manchester last night. I thank the emergency services for their courageous response.”