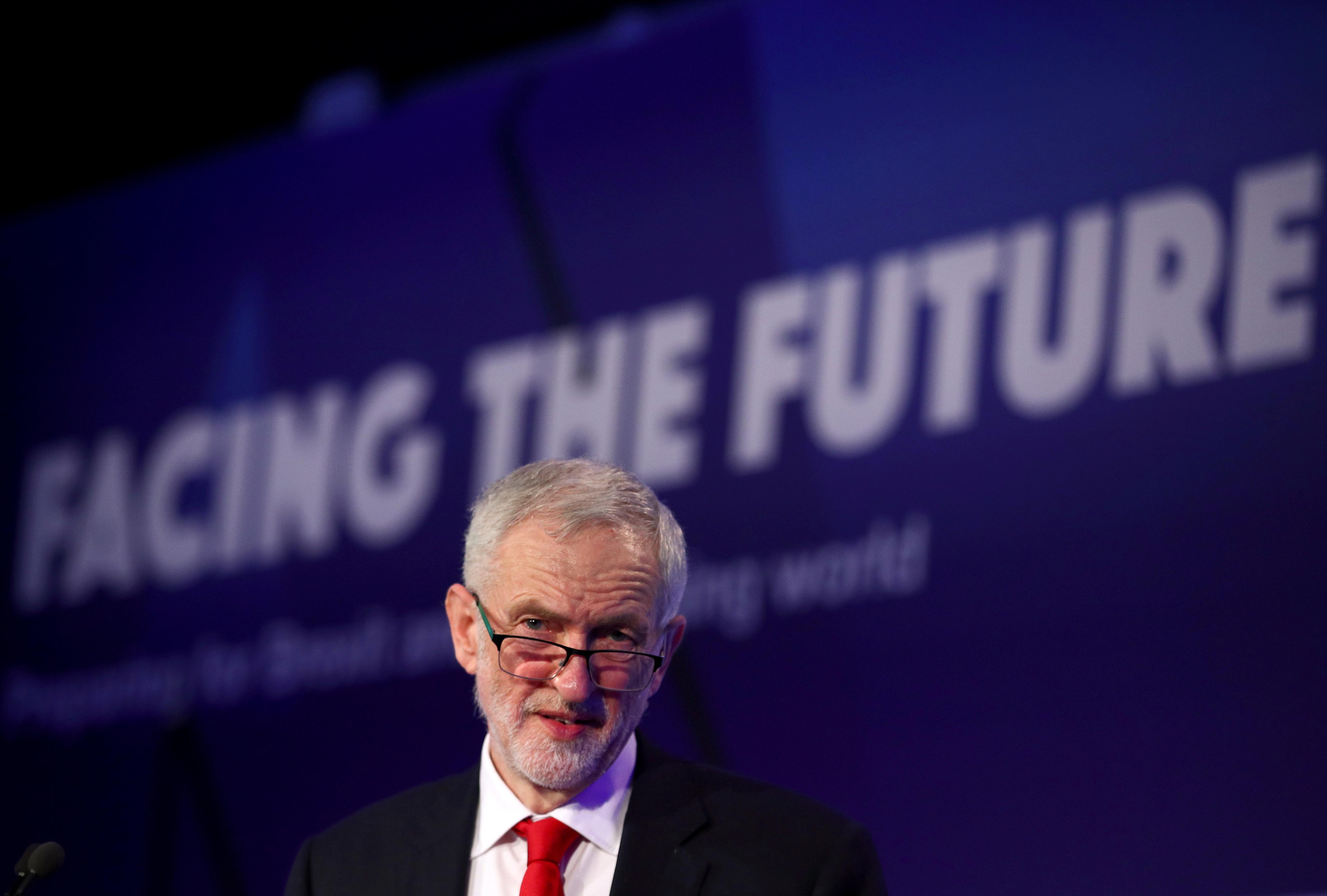 LONDON (Reuters) – Britain’s opposition Labour leader Jeremy Corbyn will meet European leaders in Brussels on Thursday to discuss how to try to break the deadlock over Brexit and seek to reassure them that parliament does not want to leave without a deal.

With just 37 days until Britain is due to leave the EU, Prime Minister Theresa May is seeking changes to the agreement she struck with Brussels last year to try to win the backing of British lawmakers.

May has rejected a proposal put forward by Corbyn, and endorsed by EU Brexit negotiator Michel Barnier, for a permanent customs union with the EU because she says it would prevent Britain having an independent trade policy.

“The Conservative government is running down the clock in an attempt to blackmail parliament into accepting Theresa May’s bad deal over a chaotic no deal,” Corbyn said in a statement ahead of his visit.

“We are saying loud and clear that there is no majority for no deal, and Labour will be working with politicians across the house to prevent a no-deal outcome which would be so damaging to our economy and communities.”