THE UK is in a "straight race" to beat the Indian variant as Brits over the age of 34 are called for their Covid vaccine.

Coronavirus restrictions are set to be lifted on June 22 and jabs are now being offered to people aged 34 and 35. 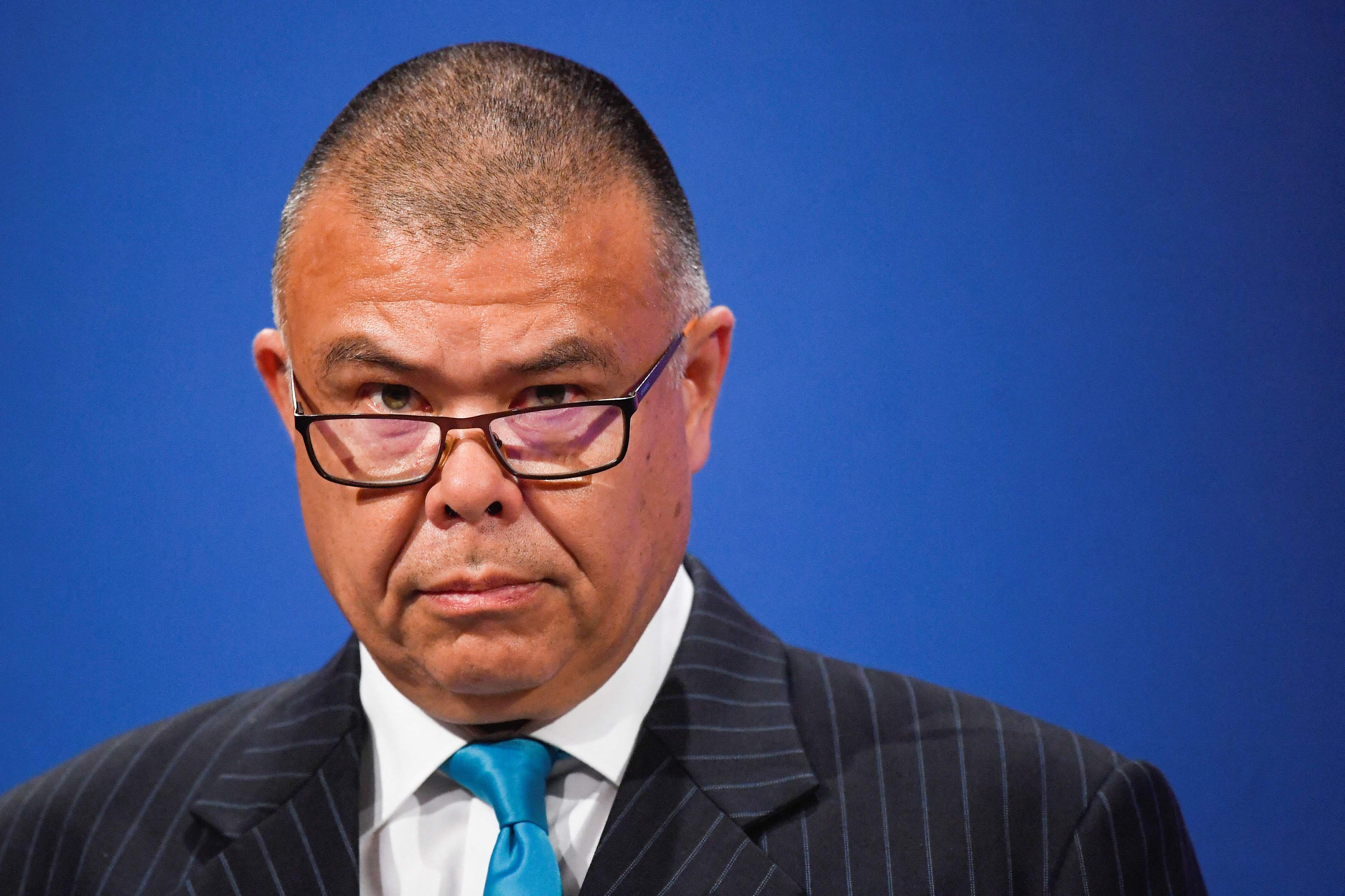 In areas where the B.1617.2 is dominant, such as Bolton and Blackburn, vaccine centres have extended opening hours.

As part of the effort, today and tomorrow more than one million 34 and 35 year-olds will receive texts inviting them to book their jab.

Speaking at a Downing Street press conference last night, Prof Van Tam said: "I pitch this personally as a straight race between the transmissibility of this new variant … and vaccine delivery.

"The NHS is doing everything it can to turbo-boost that, and that is the challenge that's ahead of us in the next two to three to four weeks, to make sure that we outrun the virus through really vigorous pull-through on vaccine delivery."

His comments come after data revealed that the Indian variant is dominant in 23 areas in England. 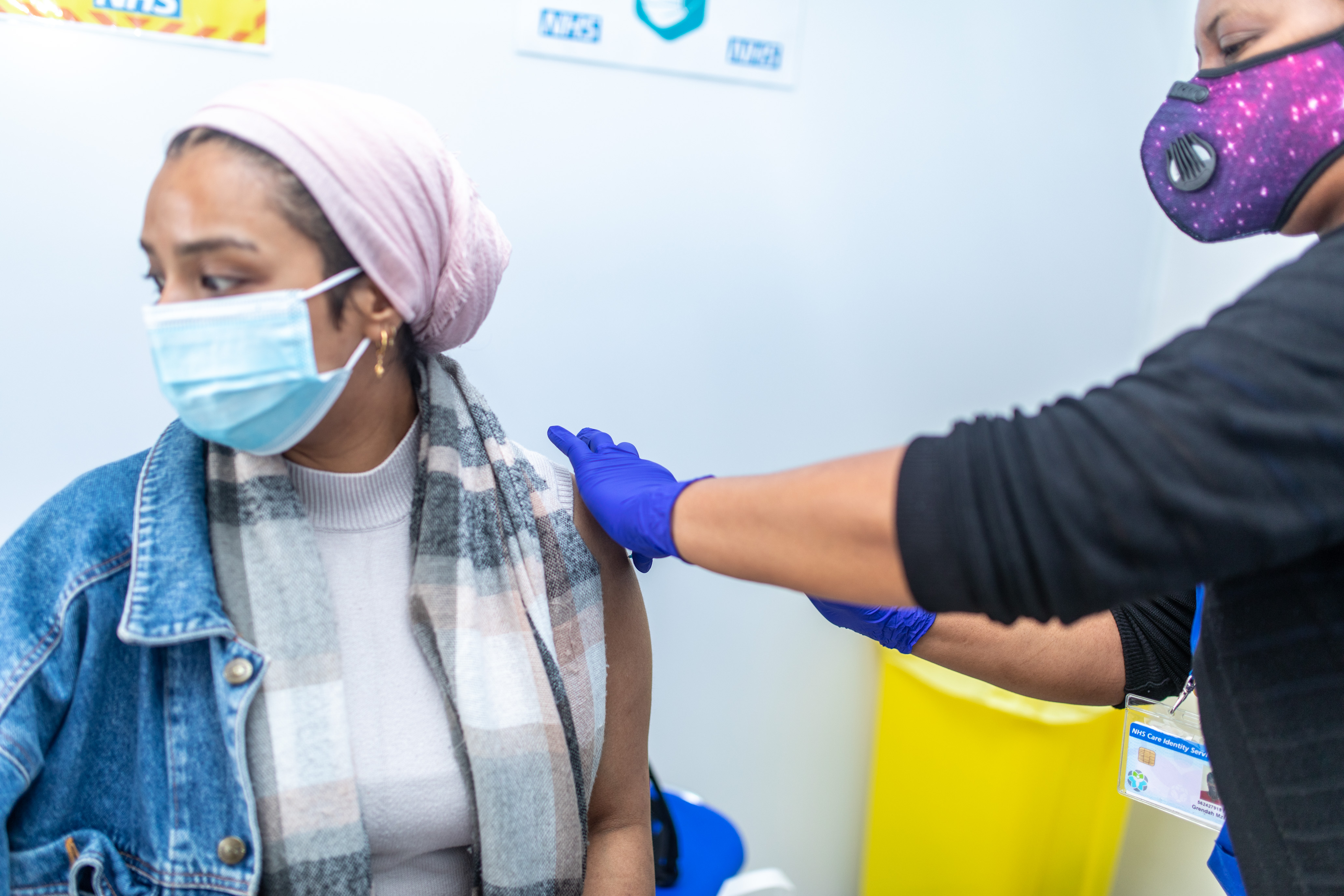 Health Secretary Matt Hancock yesterday confirmed that cases of the variant had quadrupled in a fortnight.

Experts have warned that the variant is more transmissible than the Kent variant but the PM yesterday said there was evidence that the vaccines already being deployed across the country would work against the variant.

So far in the UK over 36.9 million Brits have had a first dose of a coronavirus vaccine, with 20.8 million having had a second.

Ministers have confirmed that the Government is on track to meet its target – to offer first doses to all adults by the end of July.

But according to reports from the Telegraph, NHS managers have begun plans to speed up the timetable amid concerns about the spread of the Indian variant among the younger cohorts. 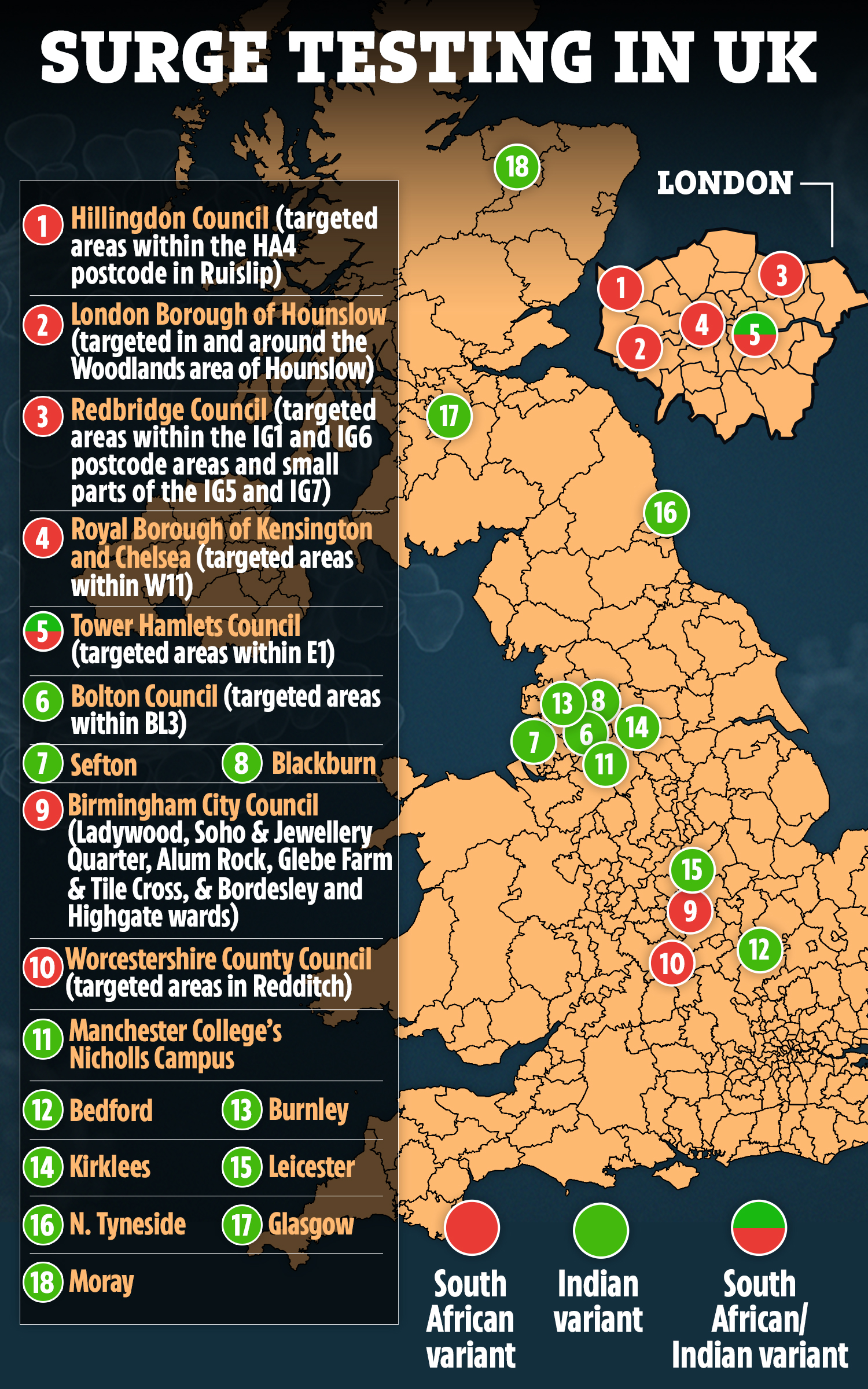 Those aged 34 and over would be offered jabs from today, with texts inviting people to book a vaccination sent out today and tomorrow.

Younger folk in their thirties are expected to be invited within days.

Plans drawn up by NHS managers suggested vaccines could be offered to over 18s within the next five weeks.

This would place the rollout a month ahead of Government targets, with Brits in their early 20s receiving their first doses in the first or second week of June.

National NHS Medical Director Professor Stephen Powis said getting the vaccine is the single most important step we can take to protect ourselves, our families and our communities against Covid 19.

He added: "The success of the NHS Covid-19 Vaccination programme, the biggest in history, is not by accident but down to careful planning and precision by NHS staff who have now delivered 48.5 million doses across England in less than six months.

"When you’re called forward, book your appointment and join the tens of millions who have already been jabbed.”

Matt Hancock said: “Our vaccination programme – the fastest and most successful in NHS history – moves forward at pace with 34 and 35 year olds now being invited for the jab.

"This is incredible news and means we remain on track to hit our target of offering a vaccine to all adults by the end of July.

“We have one of the highest uptake rates in the world but we’ll continue to do everything we can to make sure no one is left behind. Please come forward for the jab once you get the offer – it could save your life and protect your loved ones.”