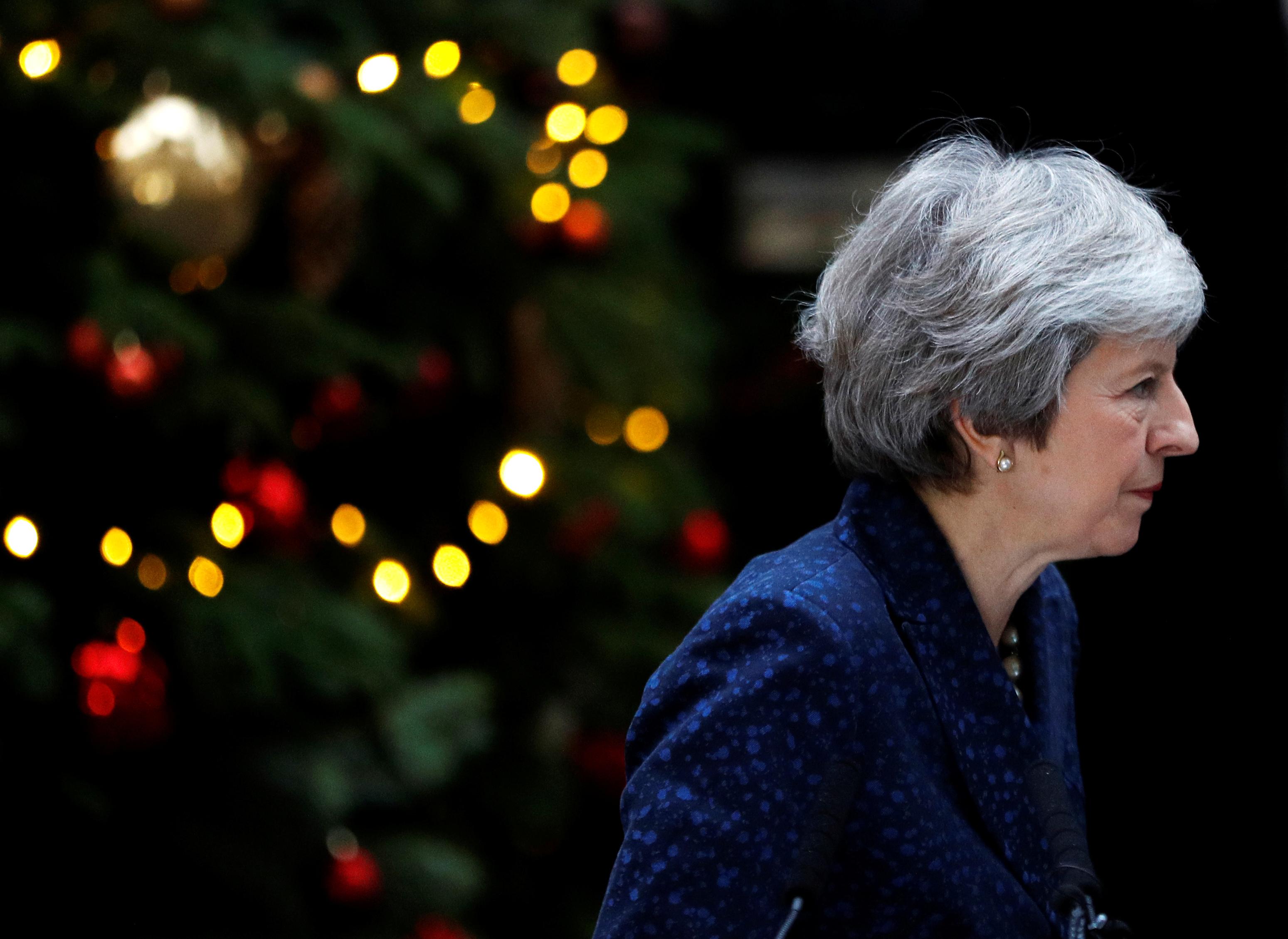 LONDON (Reuters) – British Prime Minister Theresa May has canceled a meeting of her cabinet of senior ministers which had been scheduled for later on Wednesday, her office said in a statement.

Earlier, May vowed to fight a challenge to her leadership of the Conservative Party, saying a change now would delay or even imperil Britain’s planned divorce from the European Union.