‘He’s certainly not a champion of the people now’: Fans slam boxer Tyson Fury for sharing videos on Instagram showing him on holiday with his wife as millions in England are at home in Tier 4 lockdown

Boxing fans have slammed Tyson Fury for sharing videos on Instagram showing him on holiday with his wife as millions in England are living under Tier 4 lockdown.

The World Heavyweight Champion, 32, yesterday shared footage of him eating breakfast on a hotel balcony together with his wife, Paris, 30.

Earlier this morning he shared a poolside picture believed to be at the £230 a night Fontainebleau Miami Beach Hotel.

On December 31 the self-appointed Gypsy King’s home town of Morecambe was plunged into Tier 4 lockdown measures.

Fans responded angrily yesterday, as one wrote: ‘He’s certainly not a champion of the people.’

Government guidance on travelling from Tier 4 areas reads: ‘You can only travel internationally where you first have a legally permitted reason to leave home. 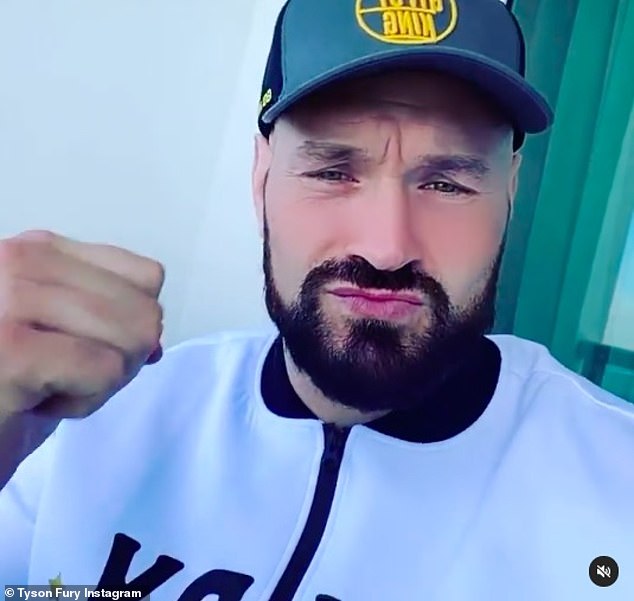 ‘In addition, you should consider the public health advice in the country you are visiting.’

Exemptions are in place for work or emergency family matters – such as funerals.

It’s not clear when Fury flew out to the US, a week ago he shared an image alongside Paris with them both wearing matching Versace, but it was not clear where that picture was taken.

Posting to his Instagram on Saturday, Fury wrote: ‘Levels to this s***. @parisfury1 #1 #liveyourlife.’

Fans of the boxing champion said they were disappointed by his actions – even if he had travelled before Morecambe entered Tier 4. 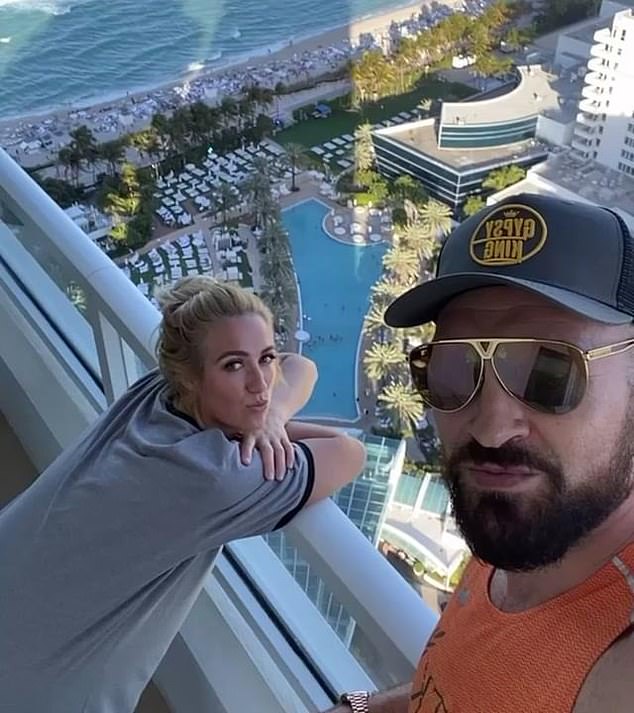 Tyson Fury, 32, and his wife Paris, 30, posed on a hotel balcony in Miami this weekend, prompting criticism from some of the boxing champ’s fans 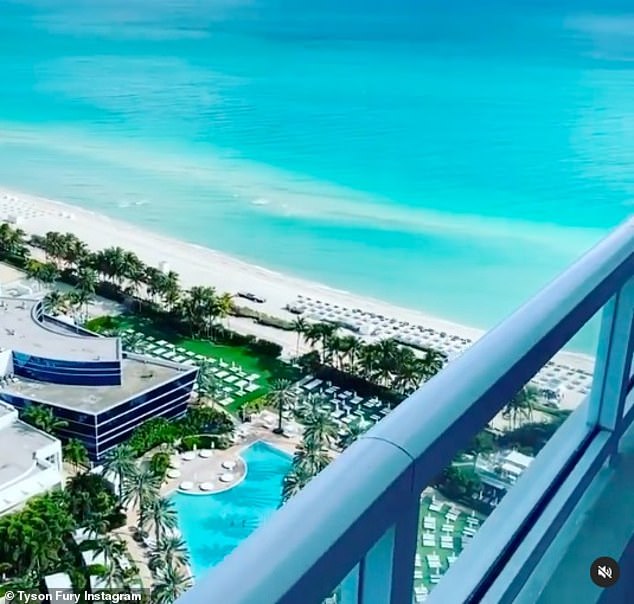 Macken_kevin said: ‘Staying local then what a muppet.’

Bradley_seymour_harmes said: ‘Tries to be a role model for mental health…. breaks the travel ban to party in Miami…. what about all of these lovely young lads stuck at home by themselves.

‘I had xmas indoors and saw no one. Fury is certainly not a champion of the people when he rubs it in our faces. Poor poor form.’

Krisymoo78 said: ‘I am an absolute @gypsyking101 super fan, you are the people’s champion….but just think about the people who support you who can even leave their house at the moment.

‘Your(sic) normally Mr humble all this says is look what I can do…..bad times.’

Sharon.morris.79said: ‘Covid rules don’t apply then ?’ while kishan_dosa95 asked: ‘How are you still able to fly out when we are in Tier 4?’

Fury was born in Wythenshawe in South Manchester and now lives with his wife and children in the Lancashire seaside town of Morecambe. 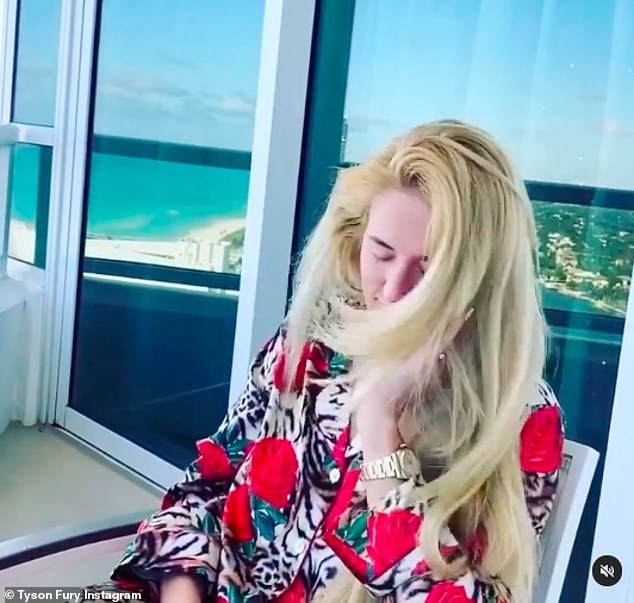 Tyson was joined by his wife Paris in the footage from Saturday evening. He has since shared another video of the couple, along with a poolside picture 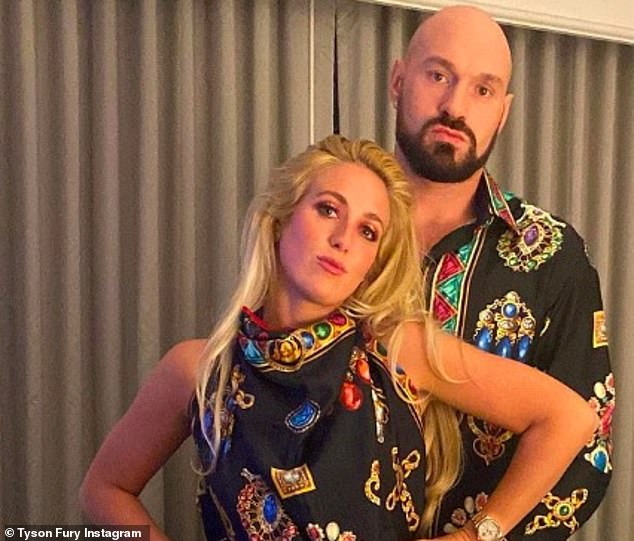 Tyson posed with his wife in matching Versace last week, but it’s not clear where the picture was taken, after sharing footage from Miami this weekend

Paris recently admitted the family was planning to move house because of the constant stream of people turning up on their doorstep.

She told Loose Women: ‘We get people around the house. It’s not good, we actually have to because of that.

‘We’re in the process of moving house because we’ve had too many people at the door – too many strangers knocking.

‘And we have five children here, it’s not like me and Tyson’s here, two adults who can sort of deal with situations. 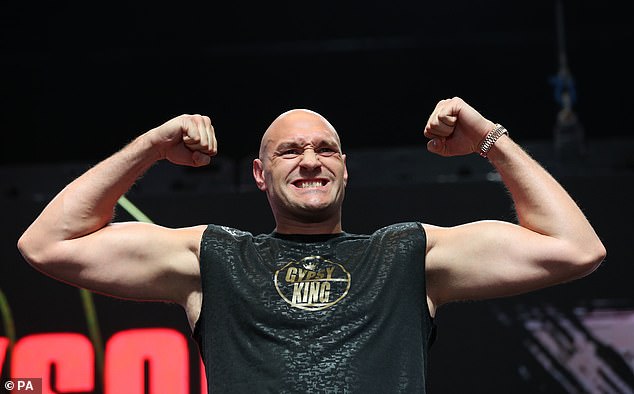 Fury, 32, was born in Wythenshawe in South Manchester and now lives with his wife and children in the Lancashire seaside town of Morecambe

There have been 79,052 coronavirus cases in Lancashire since March. Lancaster and Morecambe were dumped into Tier 4 at the end of December.

A total of 381 have died in Morecambe Bay hospitals after contracting coronavirus.